For the first time in six years, Wake Forest is likely to tumble out of the Top 25 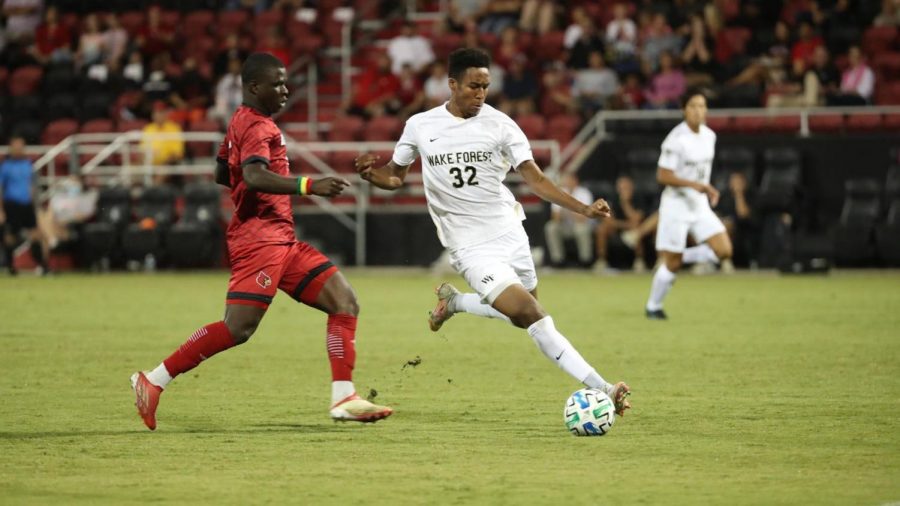 The year is 2015, Wake Forest is unranked and Jack Harrison, now of Leeds United, scores to win the second straight game of the fledgling season. The next week, Wake Forest was in the United Soccer Coaches top 25 rankings, where they have stayed for six years and 88 straight polls. That is, until Wake Forest fell 3-0 to Louisville on the road last Friday.

The defeat builds upon what has been a challenging start to the season for the Demon Deacons, who lost at home to VCU and needed two overtime periods to stave off Cornell. The Deacs entered the match at No. 25, after dropping out of the top-10 for the first time in 67 United Soccer Coaches national polls.

The defeat was historic for the Deacs given their unprecedented recent dominance. The team had not given up three goals since a 3-1 loss at Syracuse in 2014.

The Deacs haven’t lost this badly in a shutout in almost 20 years, a steak dating back to a loss against American University in 2001 during Bobby Muuss’s first season as an assistant coach.

For Muuss, this season has posed unique challenges, some of which are partly the result of the Deacs’ recent successes. Wake Forest has matriculated significant talent to the pro-ranks for years, with six members of the team moving on after the fall season of 2020. As a result, a younger team was asked to perform to the highest of expectations.

During the match against Louisville, the Cardinals’ dynamic winger Pedro Fonseca dominated, expertly carrying the ball and distributing it to the Cardinals’ talented attacking core. Just 18 minutes into the match, Louisville struck first as Fonseca slalomed through the Wake Forest defense and found Aboubacar Camara, who fired a shot past freshman Trace Alphin in net. Alphin was making his first career start in the absence of Cole McNally.

Wake Forest’s night took a dramatically worse turn less than ten minutes later. Sophomore Hosei Kijima dribbled in from the right, playing the ball into Junior Omar Hernandez, who let it run to the in-form Kyle Holcomb. Holcomb, who scored the overtime winner last match against Cornell, has been on a red-hot scoring streak to begin his senior season; he has two goals in the last two matches. It appeared Holcomb had equalized the match after side-footing the ball into the Lousiville net, but a late whistle disallowed the goal due to an offsides call.

On replay, Holcomb appeared to be fractionally onside, yet the damage had been done. The call proved even more costly when, minutes later, sophomore Prince Amponsah tripped Fonseca as the Brazilian attacker charged again through the Deacon ranks. The ensuing free-kick found the head of Josh Jones, who beat Jake Swallen to the ball and doubled the Cardinals’ lead.

At the end of the half, the Cardinals possessed both a two-goal lead and a 9-1 shot advantage. Yet, rather than admit defeat, the Deacs came out of the gate in the second half firing and eager to gain a foothold in the match. Shots peppered Louisville’s goal, forcing save after save. Junior Nico Benalcazar was unlucky to see his headed effort narrowly whistle past the goal.

The slim comeback hopes of the Deacons were dashed when Amponsah was caught in possession at the edge of the Wake Forest box by Fonseca. Amponsah pulled Fonseca down, earning himself a red card and allowing Fonseca to extend Louisville’s lead from the penalty spot.

Despite denying Louisville another goal, the result was already set, and the Deacs were left to limp home with diminishing hopes of turning the season around.

Despite the difficulties of the early season, the going does not get easier. Up next is Pittsburgh, last year’s NCAA semifinalists coached by Jay Vidovich. Vidovich amassed 272 wins as coach of Wake Forest during his 20-year tenure from 1994-2014, along with two National Coach of Year awards. He also captured the 2007 National Championship.

Wake Forest hosts the Panthers this Friday at 8 p.m. Pitt has endured their own difficult start to the season with losses against West Virginia and No. 19 Akron.