Deacons pray for an end to this poor season 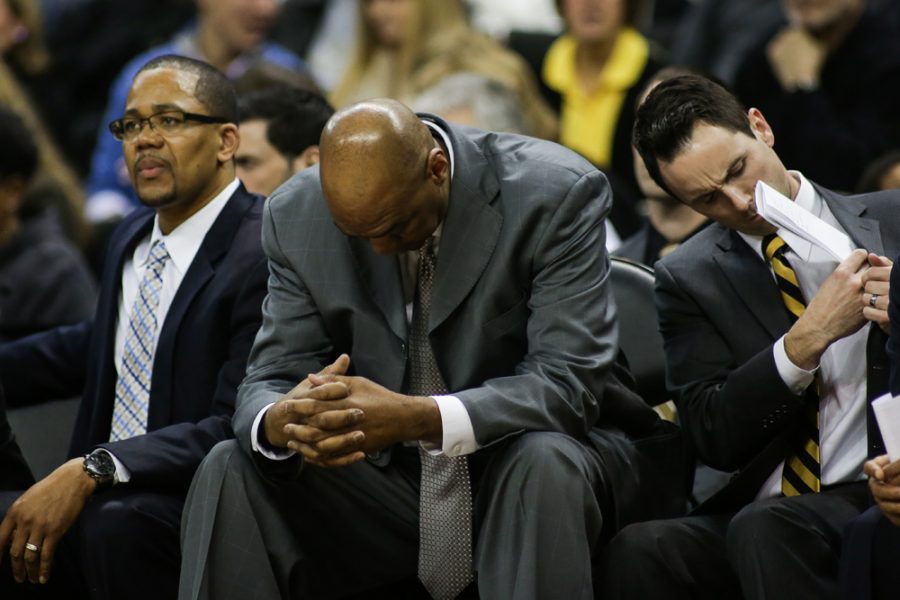 It is said that in order to truly recover from hardship, a team or individual must first discover their rock bottom. Once you have hit your lowest low, the only thing possible is to get better and eventually rise up.

It appears as if the Wake Forest Men’s basketball team is trying desperately to create  a new rock bottom for itself every time it steps on the court. First, it felt like the Virginia game would be the lowest of the low. After all, how could anything be worse than the heartbreak and devastation that came at the end of that game. But then there was the 20-point beat down by Notre Dame, immediately followed by a total collapse of effort against Clemson and then Florida State.

After nearly every loss over the last month it has felt like the Deacs finally hit their rock bottom only to somehow sink to a newer low the next time they step on the court. It may be bad luck, it might be the difficulty of the early season schedule wearing the team out or it might just be fate, but the Deacs are in the midst of a devastating spiral down to what appears to be a bottomless pit. It’s amazing how much one or two bounces early in the season could’ve absolutely changed the trajectory of the team’s season.

At the end of the day, it is important to remember that these players are simply college students, and it is hard to watch the careers of Devin Thomas and Codi Miller-McIntyre – two students who have given their all to a program that has never been able to reward them with success – come to an end in such gut-wrenching fashion.

As for the game against Florida State, the Deacs once again battled and hung tough in the first half only to fall flat in the final 20 minutes. The Seminoles, who find themselves squarely on the NCAA Tournament bubble, scored 54 points in the second half to blow past the Demon Deacons.

Wake Forest once again found itself turning the ball over at a much to high rate, and were unable to play good enough defense to make up for it.

As the season has clearly slipped away, and any shot at a postseason tournament would require winning the ACC Tournament, it is time for Coach Manning to begin giving younger player like Doral Moore and John Collins more playing time.

In a lost season, the potential experience these freshman would gain by logging heavy minutes against ACC competition would go a long way in preparing the Deacs for a run at the NCAA tournament next season.

Wake Forest traveled to Atlanta, Ga., on Wednesday, Feb. 10 to face Georgia Tech, hoping to win its first game against the Yellow Jackets since 2004.

However, the Deacs failed to hold on to their four point half time lead and ended up losing 71-66.

Wake Forest was led by senior Devin Thomas who scored 20 points and grabbed eight rebounds. His 20 point performance was his eighth of the season and the 17th of his career.

But perhaps most notably, Thomas recorded his 1,000th career rebound in Wednesday’s game, becoming the 33rd player in ACC history to record such a statistic.

Wake Forest will play on the road against N.C. State on Saturday, Feb. 13.