No. 3 Ohio State was upset by No. 12 Oregon; Florida State fell to FCS foe, Jacksonville State 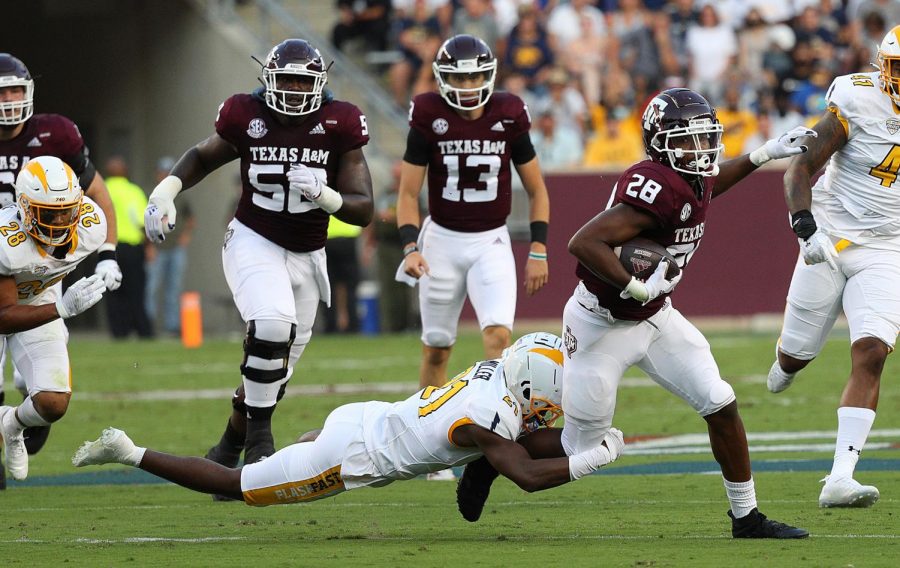 After a Week 1 that at times felt a bit slow and predictable, this past weekend reminded fans that the only constant in college football is chaos (and Alabama). Two heavyweight matches headlined the week’s billing, but the undercard of the day was ripe with non-conference matchups between Power Five programs, too.

One of the marquis matchups of the day ended up being the game with the largest College Football Playoff implications. The No. 12 Oregon Ducks simply overpowered and outlasted the No. 3 Ohio State Buckeyes on the road in one of the sport’s most hostile environments.

Running back C.J. Verdell did it all for Oregon, totaling 195 yards from scrimmage and three touchdowns as his quarterback, Anthony Brown, avoided costly mistakes and accounted for 301 yards and two scores. Despite Buckeye quarterback C.J. Stroud throwing for 484 yards and three touchdowns, the Ducks defense held OSU in check for much of the game and forced Stroud into timely incompletions, even with their two top pass rushers sitting out due to injury.

The other top matchup of the day was a bit less enjoyable to watch as Iowa State hosted Iowa in a classic rivalry. The squads came into the Cy-Hawk Game ranked No. 9 and No. 10, respectively, but the 27-17 Iowa victory was anything but a thriller. The Hawkeye defense forced Cyclone quarterback Brock Purdy into three interceptions, among other blunders. Iowa walked away with only 173 total yards of offense on the day, yet they slowly pulled away in the second half to win their sixth straight game over rival ISU.

Any college football fan looking at the game schedule a month ago would have circled Washington-Michigan as a premier matchup, but the excitement entering Saturday was lessened after Washington’s 13-7 loss to FCS opponent Montana last week. The Huskies’ offense was just as disappointing in their 31-10 loss to Michigan this week. The Wolverines managed to overcome an admittedly solid Washington defense with the sheer volume of their rushing attack, thanks to many short Husky drives.

Another more surprising rout occurred in Arkansas’ annihilation of Texas in Fayetteville, Ark. The final score of 40-21 betrays how lopsided the game was, as the Razorbacks had seemingly every offensive player run effectively against the Longhorns en route to a 33-7 third-quarter lead. Texas is in for a long week of jokes about being “back” and joining the SEC.

One of the most entertaining games of the day was set in Knoxville, Tenn., where Pitt bested Tennessee 41-37 in a back-and-forth affair that saw the Virginia Tech-transfer Hendon Hooker led the Volunteers to the goal line with minutes left, only to be stopped on downs. Pitt’s Kenny Pickett passed efficiently for 285 yards and two scores in the Panthers’ win.

The SEC got the best of the ACC elsewhere, though, as Mississippi State suffocated North Carolina State 24-10 to the tune of 60,000 cowbells in Starkville, Miss. The Wolfpack did not find the endzone until only a minute remained in the game, and the Bulldogs simply looked faster and stronger in the contest.

Texas A&M entered their game against Colorado as the No. 5 team in the nation, but a game-ending injury to quarterback Haynes King early in the first quarter derailed the Aggies’ offensive plans. They managed to scrape out a 10-7 victory after a late touchdown in what turned out to be a defensive slugfest.

Miami followed up their loss to Alabama last week with a similarly slow offensive performance against Appalachian State on Saturday. The Hurricanes pulled out a late 25-23 victory over the Mountaineers, but quarterback D’Eriq King will need to live up to his billing if Miami hopes to compete with Clemson in the ACC. Most of the coverage around this game, though, will go to the Miami fans who caught a falling cat with an American flag to the tune of raucous cheers.

Florida State lost on a last-second Hail Mary by FCS team Jacksonville State; No. 14 USC was dominated by lowly Stanford; No. 21 Utah fell to BYU for the first time in 12 years; TCU beat the University of California in a nail-biter.

The list of upsets, close-calls and surprising blowouts goes on. After a year of opt-outs and cancellations, college football is harder than ever to predict. Each week promises to make up for last year’s oddity with more chaos than ever before.