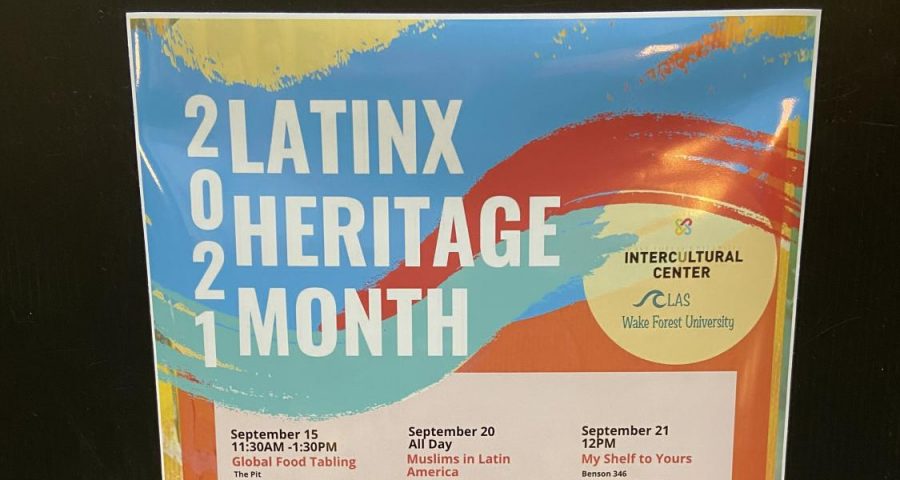 The Organization of Latin Students and other organizations on campus has a long lineup of events to celebrate Latinx Heritage Month, which spans from Sept. to Oct. 15.

Latinx Heritage Month is a month-long celebration in the United States honoring the histories, cultures and contributions of people from all Latinx countries. It begins on Sept. 15, the anniversary of independence for Costa Rica, El Salvador, Guatemala, Honduras and Nicaragua. Mexico and Chile celebrate their independence days on Sept. 16 and 18, respectively.

OLAS kicked off Latinx Heritage Month with a Global Food Tabling at the Pit on Sept. 15, serving arepas — flat, round cornmeal cakes — and trés leches cake to students who stopped by.

Next Thursday, Sept. 23, OLAS will be serving churros and horchata — a Mexican rice drink — on Davis Field. Their next event is a Karaoke Night at Zick’s on Sept. 28, which will be followed by a formal on Oct. 1 at Martin Hall. Concluding the month is a festival on Manchester Plaza held on Oct. 13.

“[These] events allow for us, as a Hispanic community, to remember where we came from and share that with others who chose to engage,” junior and OLAS President Estefania Narvaez said.

“As a Wake Forest community we will have the opportunity to learn [about], enjoy and commemorate Hispanic heritage,” Narvaez continued.

Throughout the month, the Spanish & Latin American and Latino Studies departments are putting on a film series in the Z. Smith Reynolds Library called Cine Com [email protected], featuring four recent documentaries. The series is co-sponsored by the communication and sociology departments. In order to attend, students must sign up through a Google Form.

The four films showcased in the series are “Cumbia Que te Vas de Ronda”, “Los Lobos”, “La Cordillera de los Sueños” and “¡Fiesta! Quinceañera”. Each screening will be preceded by an introductory presentation from faculty members with relevant expertise. After the conclusion of each film, faculty will facilitate intercultural dialogue.

“This series, like [our] other events, [is] meant to celebrate and honor our heritage by telling its story,” Narvaez said.

OLAS’s mission is to instill a sense of community and belonging into their members, creating a home away from home where students can bond over similar traditions and learn about new ones. The organization hopes to expand the scope of its service efforts towards the local Latinx community, as well as to foster community in other capacities.

“We believe that Latinx Heritage Month can sometimes be overlooked by the institution, so we are constantly working towards expanding our presence on campus,” Narvaez said. “However, we feel optimistic about the excitement we have seen [from] both Latinx and non-Latinx students at Wake Forest, as well as the support we have received from several faculty members. We’re enthusiastic about the events we have planned and excited to share our culture with the campus.”