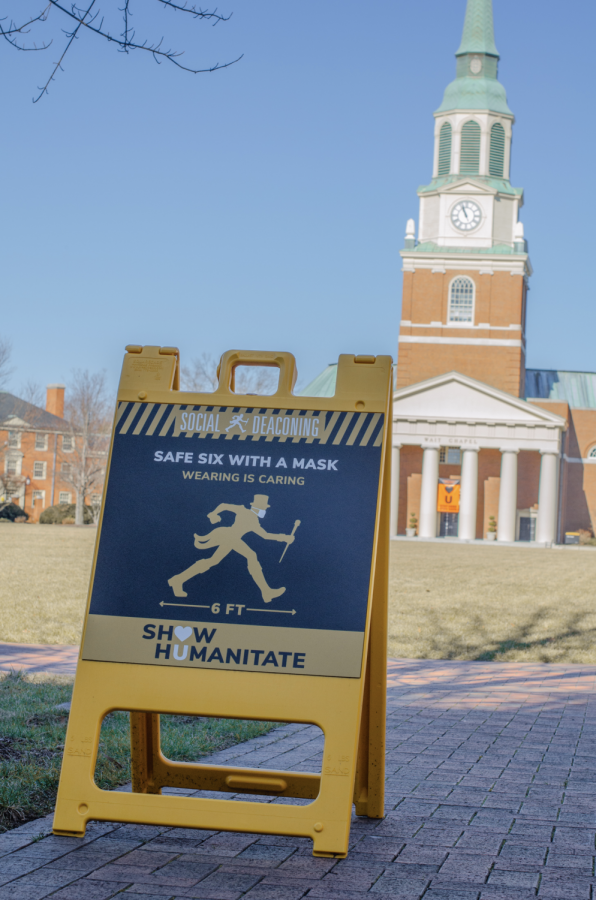 Last year, COVID-19 policies were ambiguous and difficult for students.

Wake Forest recorded its 100th COVID-19 case of the Fall 2021 semester (measured from Aug. 1). However, university officials are heartened by the lack of a spike in cases and the relatively low number of active cases day-to-day,   according to Vice President for Campus Life Penny Rue.

According to the Wake Forest COVID-19 dashboard, as of Sept. 15, there are only 20 active cases on campus.

“Last February, it went from five to eight to 20 to 80 cases in four days, so that we haven’t seen anything anywhere that, which is incredibly reassuring,” Rue said.

Rue explained that university officials were watching out for a potential spike after the first home football game of the semester on Sept. 3.

“I was expecting to see a spike after the first football game,” Rue said. “So many people in close proximity en masse. And we did not, and I think that’s due to vaccination levels. I think that’s really telling for us about how protective the vaccine is.”

Wake Forest’s student population is now near a 96% full vaccination rate, according to Rue, well above the 48% rate for the state of North Carolina and the 54% rate in Forsyth County.

Some of these students are also currently waiting to get their second shots of either the Pfizer or Moderna vaccine.

“We had about 200 students that were unvaccinated that had not hit their deadline,” Rue said. “These are students that were not able to get a vaccine before the start of school for a host of reasons. And while that number is down to zero, we still have some under-vaccinated students.”

Rue encourages students who believe they have COVID-19 to get tested on campus.  Rue said that getting tested on campus is the best way to ensure university officials have the information they need to protect the student body from the virus. However, according to Student Health, PCR tests are a $50 charge for students who do not get their insurance through Wake Forest, though those students can file a claim with their  own insurance provider.

The university has also changed its isolation policies this semester. Those who are exposed but vaccinated now do not need to quarantine; those who have not gotten vaccinated do. This is the case for everyone in the university community. Also, students who live on-campus are now being sent to Deacon Station instead of quarantine hotels.

The university does have a contingency plan in case there is a spike, which is mostly modeled on the “Dark Orange” restrictions of last spring.

The university has also not yet made a decision about requiring booster shots. According to Rue, Wake Forest will follow public policy guidelines when they are made available.

“The big debate is: Is it better to get more people vaccinated or get people boosted?” Rue said of the public policy discussion.