Comparing Title IX and the courts 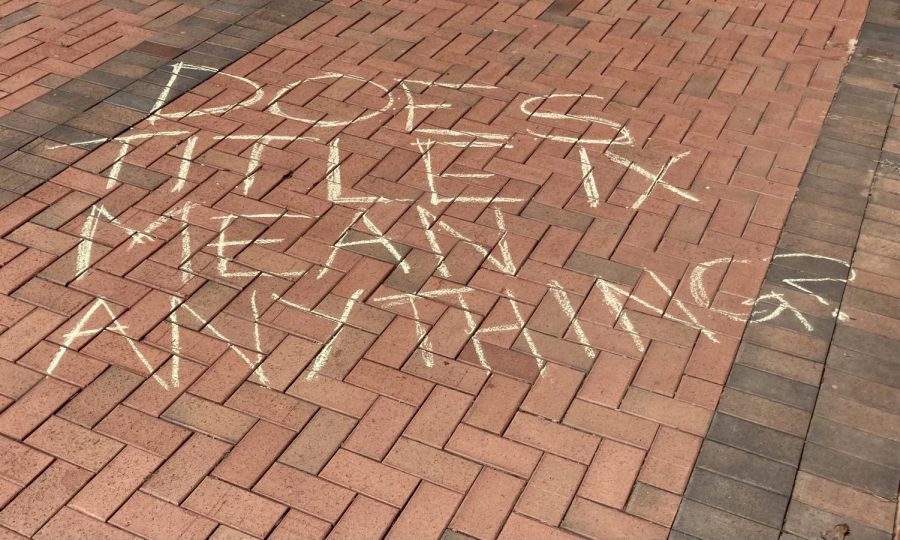 According to an Association of American Universities survey, only 15% of survivors report sexual violence that happens in college to campus or local authorities. Where one reports can have significant impact on the nature of the process, however.

According to the 2019 Association of American Universities Campus Climate Survey, only 15% of survivors report their sexual assault experiences to campus or government authorities. For those who decide to report sexual assault, the multiple avenues of adjudication may seem daunting and inaccessible.

With this in mind, and to make information about reporting more accessible to Wake Forest students, the Old Gold & Black has compiled information on what is similar, what is different and what to watch out for when reporting to two drastically different institutions — Wake Forest’s Title IX Office and Winston-Salem or University Police. Bear in mind that, should one so choose to do so, reports can be submitted to both offices. Unless otherwise indicated, all information regarding Title IX was provided to the Old Gold & Black by Title IX Director Aishah Casseus.

Title IX investigations —  after a recent revision to university policy — can only be opened when the victim files a formal complaint. After that, those named as advisers — anyone the parties have asked to assist them in the Title IX adjudication process — are either chosen by that party or appointed by the university. The Title IX coordinator may also appoint one or more investigators to the case, and all information the investigator uncovers must be made available to the advisors. Survivors in Title IX cases are protected from retaliation by the university or any other entity, according to the Wake Forest Title IX policy document. The university is also precluded from punishing survivors in Title IX cases for drug, alcohol and any other related offenses.

In the court system, a district attorney’s office is not required to adhere to your wishes to prosecute or not prosecute a case, according to the N.C. court’s website. However, the Crime Victim Rights Act in North Carolina requires the prosecutor’s offices to provide updates on the proceedings as they are requested.

Throughout the process the courts and DA’s office are also responsible for providing a safe space for the survivor away from the accused and others close to them. This does not apply if a victim chooses to testify in court, as the Supreme Court has ruled that the Sixth Amendment ensures the right of a defendant to confront the witnesses against them (in a court setting). In accordance with the ruling in Brady v. Maryland, the prosecution must also disclose all its evidence to the defense.

The actual process of hearings is similar between Title IX and criminal procedures. Advisers in Title IX cases and attorneys in court both have the right to cross-examine the other party’s witnesses. One main difference is that Title IX cases are decided by a single arbiter appointed by the office, whereas most criminal cases are decided by a 12-member jury selected by the parties.

Another main difference between the courts and the Title IX office involves criminal culpability. Because the Title IX office does not decide the guilt or innocence in state or federal crimes, the standard of evidence in these cases is much lower. Additionally, actions that violate Title IX policy may not be crimes per se.

“[Criminal investigations] require proof ‘beyond a reasonable doubt,’” Casseus told the Old Gold & Black. “A lesser standard of evidence, ‘preponderance of the evidence’ — more likely than not — is applied in the Title IX hearings.”

There are also significant differences in the two processes regarding the time it takes to complete adjudication. Casseus said that Wake Forest typically tries to resolve Title IX cases within 120 days after receiving a complaint, though according to the policy document, a criminal investigation may delay the Title IX process. According to the Carolina Public Press, the average sexual assault case takes about two and a half years to reach an outcome, though some stretch over four years — longer than the anticipated tenure of a Wake Forest student.

Different definitions of sexual assault are used at Wake Forest’s Title IX Office and the Forsyth County courts. The courts follow the definition of rape laid out in the North Carolina General Statutes, which requires the act to be “by force and against the will” of the victim. Depending on the type of force, penalties and charges may be steeper. The North Carolina legislature recently amended the bill to include revoked consent in the definition of “against the will.”

By contrast, the Title IX office uses the following definition of consent: “Consent means permission for something to happen or agreement to do something.

For example, a person consents to sexual activity if/when they give permission for the activity to occur or agree to engage in the activity.”

Also according to the Title IX office, “Consent is unambiguous, informed, active (not passive), voluntary (freely given), mutually understandable words and/or actions that indicate a willingness to participate in the sexual activity. Whether someone has given consent is based on the totality of the circumstances and is determined by reference to a reasonable person in the same or similar circumstances.”

The Title IX Office’s definition also states that consent can be revoked at any time and that consent is “automatically revoked” if someone falls asleep or is rendered unconscious. The North Carolina statutes also dictate that consent is revoked upon unconsciousness, but it does not specify that sexual intercourse with someone asleep is non-consensual.

Under the Family Education Rights and Privacy Act (FERPA), a student’s educational record, including Title IX referrals, must be kept confidential. In the courts, unless a judge seals records of the proceedings, criminal records are public.