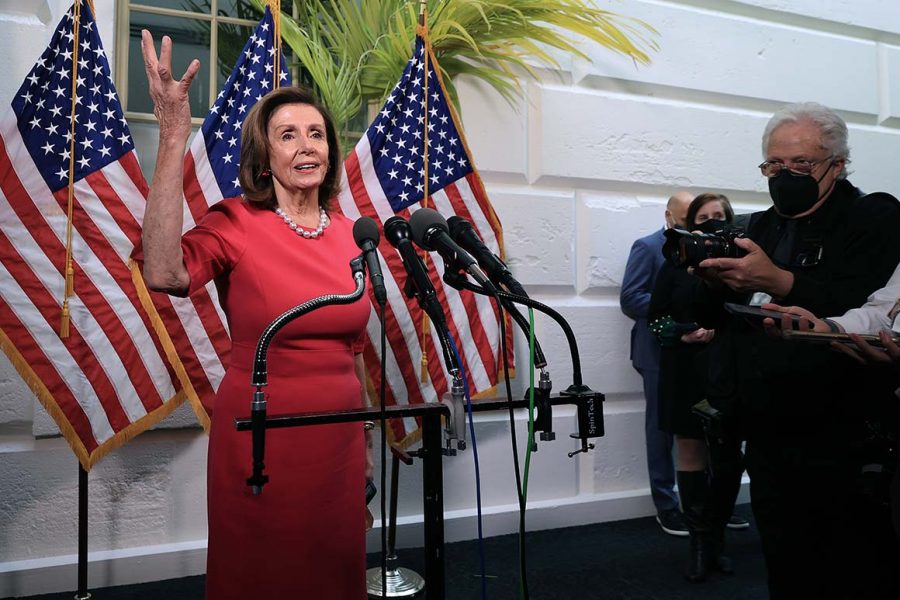 It’s not a stretch to say the final weeks of the Trump administration some eight months ago were a chaotic mess of conspiracy theories and a petty display of uncooperativeness. However, much of the real danger and fear of those final weeks was contained to secretive conference rooms in the Pentagon and the Capitol building. It was during that time-the same time during which then-President Trump refused to interact with the incoming Biden administration-that secret meetings were being held between General Mark Milley, the Chairman of the Joint Chiefs of Staff, and other high ranking officials. Simultaneously phone calls were being fielded from Speaker of the House Nancy Pelosi.

During these private phone calls, as well as in public, Nancy Pelosi urged General Milley to ensure that President Trump continuously would not be able to authorize the use of the United States’ nuclear weapons. The Speaker of the House urged the top military leader of the country to defy orders from the Commander-in-Chief.

This is where things get seriously murky.

Pelosi is free to have any fears or worries over the state of the president, but she is in no position to attempt to persuade a military leader. She is the leader of the House of Representatives — she has no constitutional jurisdiction over any military decisions or procedures whatsoever. So, while I may agree that it was smart to try to hedge the power of what many considered to be a loose cannon in President Trump, this phone call set a dangerous precedent for the relationship between the Speaker of the House and the U.S. military leadership.

The president has the constitutional power to command the US armed forces. While Congress has the power to declare war, the president ultimately decides when and where to deploy the military. The Speaker of the House is guaranteed no such power in the Constitution, and as much as I may agree that Trump was dangerous in his time, Pelosi acted far outside her scope of authority to make the call she did.

Out of Pelosi’s fear sprouted a dangerous precedent for a Speaker of the House to try to intervene in military affairs. This is dangerous because a military cannot work correctly if there is a breakdown in the chain of command. Moreover, this gives precedent for political actors in the future to attempt to make similar claims towards military authority without having legal, constitutional authority.

There are two methods through which the American people can remove a president that they feel is dangerous. The first is the process of impeachment and the second is the invocation of the 25th Amendment. These are the methods through which a president that can no longer uphold the oath of office can be stripped of their power. Nowhere in the Constitution does it say that the Speaker of the House is able to unilaterally call for the president, the Commander-in-Chief of the military, to be relieved of their military authority.

We are a country of checks and balances for a reason, and if we are willing to abandon these safeguards out of fear of tyranny, then we will certainly drift toward tyranny in the future. If a president’s military authority can be questioned or relieved by an opposing political actor, then how can the power of the president ever be guaranteed? Of chief importance, how can we be certain that the directives of the president are actually being adhered to?

Hypothetically, let’s imagine a similar situation unfolding in the future. It is possible that in the midterm elections in 2022, Democrats will lose the majority in the House of Representatives. In that case, Pelosi would be relegated from her position and Republican Kevin McCarthy would likely be elevated to the position of Speaker of the House. Now, seeing as Pelosi set this precedent of calling for the removal of presidential powers, what is stopping McCarthy from calling for Biden’s powers to be reduced? Pelosi did what she did out of fear of Trump, so what stops McCarthy from doing the same? We’re only months into Biden’s presidency and we’ve already seen Republicans call him senile, and some have even thrown around the idea of impeachment. Clearly, Republicans are not afraid of trying to reduce the power of a president that they see as unfit for office.

I agreed with Pelosi that Trump did present a danger to the American people in his final days. But, her fear does not give her the authority to undermine the presidency or proclaim unconstitutional authority. Pelosi’s actions may have empowered future politicians to make similar unjustified claims in an attempt to weaken rivals, and doing so harms the fundamental checks and balances system of the United States government.