Hit the Bricks returns to the upper quad

After last year’s multi-day “run on your own” event, HTB will return to normalcy on Sept. 30 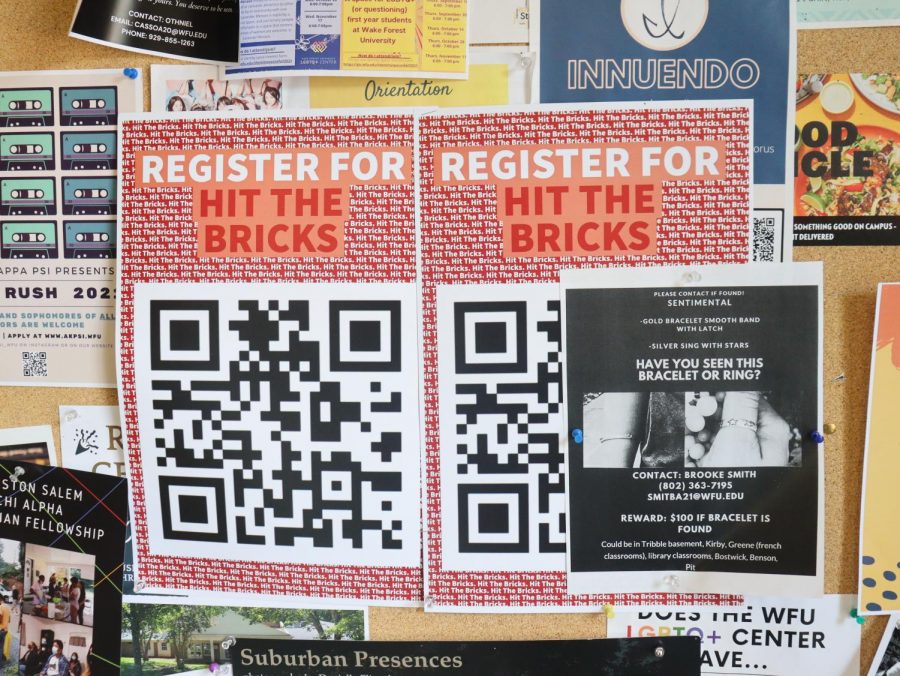 Running in circles can save lives.

A beloved, long-standing philanthropic Forest tradition, Hit the Bricks will gather the Wake Forest community together on Sept. 30 to save lives by running laps around Hearn Plaza to raise money for cancer research.

First held in 2003, Hit the Bricks is an annual fundraiser for the Brian Piccolo Cancer Research Fund. Students and faculty create teams and compete to see who can run the most laps and raise the most money through donations. Because of the gathering limitations in place last year, Hit the Bricks was forced to go virtual. Participants ran on their own and tracked their miles on a distance tracking app. This year, Hit the Bricks is making an in-person comeback to give upperclassmen back the tradition they love and to introduce it to the underclassmen who have yet to experience a normal version of the event.

“Half the undergraduates have yet to run Hit the Bricks in-person,” senior Riley Herriman, one of the event directors, said. “We have a unique opportunity to both introduce the in person Hit the Bricks and celebrate with the campus community.”

The event will kick off on Thursday with an opening ceremony where Wake Forest President Susan Wente and others will speak. The running will begin at 11 a.m. and last until 7 p.m., with various speeches, performances and specialty laps occurring throughout the day. New additions to this year’s main event include  Spikeball and cornhole tournaments, which will represent another way for participants to gain laps for their team. The day will conclude with a closing ceremony at Wait Chapel, where representatives from the chaplain’s office will speak. Student speakers will also share their experiences with cancer. Finally, the winners will be announced.

While organizers were ecstatic to be returning to a normal, in-person event this year, some positive elements of virtual Hit the Bricks remained. The “Warm-Up Week” that was introduced last year returned by popular demand. A variety of activities preceded Thursday’s main event as a part of “Warm-Up Week,” including the “Find the Brick” scavenger hunt, trivia at Shorty’s and the banner-making competition.

Additionally, Hit the Bricks is partnering with the Office of Alumni Engagement to offer a virtual version of Hit the Bricks. This will allow alumni and their families to track their mileage and raise money, too.

“With Wake Forest being a small school, we can have everyone rally around this event and fill the Quad on Sept. 30,” junior Director Louis Morrell said. “And with our alumni and families joining the virtual division of Hit the Bricks, the event this year really spans the entire Wake Forest community.”

Last year, Hit the Bricks raised $130,115 — a record amount. Event organizers are hoping to top that this year and raise as much money as possible for cancer research. Organizers are also hoping to remind students of the excitement of being a part of something larger than themselves. By gathering together physically on Hearn Plaza, and by all uniting under the same goal of fighting against cancer, organizers are confident that this year’s Hit the Bricks will reignite that feeling of community.

“To be back in full force a year later is an amazing and exciting opportunity to get people reinvested in not only the Brian Piccolo Cancer Research Fund, but also invested in being a part of the bigger Wake Forest community once again,” Morrell said.