Many games went down to the wire, providing fans exciting and nail-biting matchups 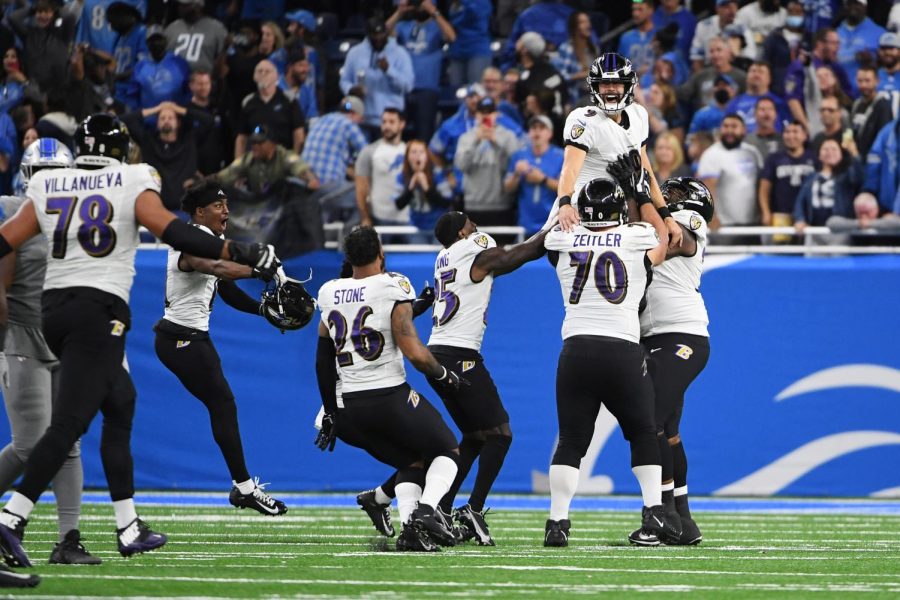 Justin Herbert once again showcased why he’s the jewel of the 2020 draft class. He accounted for 281 yards through the air and four touchdowns in an impressive road victory. The sophomore signal caller outdueled Patrick Mahomes for the second time in his young career, and kept the momentum on his sideline in the face of a rowdy home crowd. His performance culminated with a game-winning pass to Mike Williams out of the two-minute drill. The Chiefs, meanwhile, are scrambling to reclaim their championship identity following a game where they turned the ball over four times en route to their second straight loss.

Rookie head coach Jim Caldwell continued to inspire his upstart Lions to play up to superior competition — this time, it almost landed them their first win in six contests. After going down 13-0 early in the third quarter, Lions quarterback Jared Goff ignited a magical 17-3 run that exited Detroit fans. That was, until Lamar Jackson led his team down the field in the game’s final minute on a drive that finished with an NFL record 66-yard game-winning kick from the golden boot of Justin Tucker.

A pedestrian game on paper ended up providing one of the most exciting highlights of the young season when Jaguars kick returner Jamal Agnew returned a 68-yard Matt Prater field goal attempt 109-yards in the dying seconds of the first half. Agnew’s heroics put the winless Jags up 13-7 at the intermission, tying an NFL record for longest kick return in the process. In typical fashion, Jacksonville promptly proceeded to get outscored 24-6 in the second half, as  Kyler Murray’s MVP campaign continued to pick up steam.

Rookie quarterback Mac Jones threw his first, second and third career interceptions, while opposing signal-caller Jameis Winston did just enough to muster a victory for the visiting Saints. After being restricted to an underneath passing scheme in the first two games, Jones tested his downfield capabilities on Sunday and was punished with his worst NFL performance to date.

The bully became the victim on Sunday afternoon, as the Cincinnati Bengals nabbed their first road victory over the Pittsburgh Steelers since 2015. Second-year signal-caller Joe Burrow was an efficient 14/18 to go along with three touchdowns, including a pair to rookie and former college teammate Ja’Marr Chase. A rowdy Pittsburgh crowd did little to help a one-dimensional offense that relied on their veteran to make a whopping 58 passes.

In a sloppy performance from both sidelines, Derrick Henry was the difference-maker, carrying the ball 28 times for 113 yards. The bruiser allowed his team to control time of possession in a game in which they never fell behind. Meanwhile, the Carson Wentz era in Indianapolis is off to a slow start as the North Dakota State product produced another uninspiring performance on the way to a third consecutive loss.

The Rams asserted their contender status with a statement victory over the defending Super Bowl champs in “America’s Game of the Week”. Matthew Stafford continued to reap the rewards of his new offense in Los Angeles, accounting for 343 yards and four touchdowns en route to his best game of the young season. Stafford, who has become accustomed to playing from behind during his Lions playing days, flipped the script on Sunday. He led from start to finish and spread the ball out all over the field. Brady, meanwhile, was his usual self, taking advantage of a game script that saw him throw the ball 55 times for 432 yards.

The Vikings finally got on the right side of the win column, following another closely-contested matchup. Kirk Cousins produced one of his finer games in a Vikings uniform, and did more than enough to make up for the absence of star running back Dalvin Cook, mustering 323 yards through the air to go along with three touchdowns. Backup Vikings halfback Alexander Mattison shouldered a heavy workload in relief duty with Cook out and ensured that an overmatched Seahawks defense was out of gas come crunch time.

The Las Vegas resurgence continued on Sunday with an overtime victory over the beat-up Dolphins. Dolphins backup quarterback Jacoby Brissett got his team off to a blazing 14-0 start but couldn’t keep the magic going. On the other sideline, Raiders’ running back Peyton Barber stepped up big time in relief duty, while quarterback Derek Carr continued his winning ways with a 386-yard performance that culminated in a game-winning Daniel Carlson field goal in the dying moments of overtime.

Aaron Rodgers got the last laugh on Sunday night in a back-and-forth contest between two NFC contenders. After letting an early 17-0 lead slip from his fingertips, Rodgers responded to a go-ahead Kyle Juszczyk touchdown catch with 36 seconds remaining, with one of his patented comeback drives. The future Hall of Famer unleashed hell on a beat-up 49ers secondary all night, including a final drive where he linked up with Davante Adams for two huge passing plays before handing the reins to Mason Crosby for a game-winning 51-yard field goal.