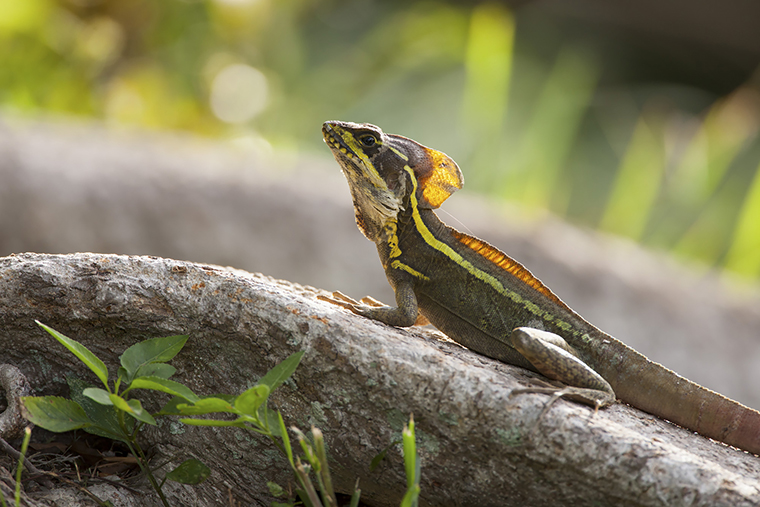 Over the weekend, I came home to a rough scene. It was time to feed crickets to my pet leopard gecko of 17 years. As he came crawling out of his synthetic rock cave, I noticed something was very wrong: his hind legs were barely working. My stomach dropped — this was the worst-case scenario. The events leading up to this were entirely my own fault, and will likely haunt me for the rest of my days.

I received my pet gecko from my parents when I was almost 4 years old. I was asked what I would like to call the animal and creatively decided to name him, “Lizard.” I suppose it was a lucky guess that Lizard was a male. As I got older, I figured out how to actually look under his tail to figure out his sex, and my original, four-year-old assumption held true.

Since Lizard was a male, I later took the opportunity to find him a mate. He was about ten when someone gave me a female leopard gecko for free. I took her home. She was orange and I named her Goldilocks.

The pair lived in harmony for about seven years until, one day, Goldilocks lay dead. An egg had impacted her insides, resulting in her demise. I was devastated, and I know Lizard was too. They never had children, their nest was empty and Lizard, a widower.

I gave Lizard a period of three or four years to grieve. Over the summer, that period ended. My friend Charlie and I began to discuss my solitary gecko. Was it time for him to move on? Did he not deserve a companion? We called every pet store in Kansas City in pursuit of a mature, adult female with whom Lizard might be able to cohabitate. Finally, we found one.

Upon going to the store, I looked at a beautiful leopard gecko with skin similarly tinted orange like Goldilocks and a big, fat tail. I had three store attendants check the animal to ensure that it was a female. All three agreed that it was. I should have checked for myself …

Charlie and I rushed home after purchasing the gecko which we named Mango due to the ripe hue of “her” skin. We placed Mango in with Lizard and watched the two interact to ensure that no fighting ensued. After Charlie and I watched them sort of sniff each other for multiple hours and they appeared docile. So, assuming the project was a success, we went to the new “Fast and Furious” movie with a group of friends.

It was during the film that I received the text.

I left the movie and called my little sister and brother who were the first responders to the situation. I had to sit down when I saw the photos they sent. My legs grew weak when I saw the image of Lizard’s tail bitten clean off with blood coming out from cuts on both his hind legs. Rushing home, I told my siblings to remove Mango from the terrarium and to monitor Lizard. This was a disaster.

I washed out Lizard’s wounds and ensured his bleeding stopped. How did this happen? How had my longest companion outside of family been so seriously hurt?

Going to the shoebox within which Mango had been sequestered, I lifted the animal and checked under her tail. There were two bulges that indicated that Mango was a male, not a female as the store had indicated thrice over.

I set MAN-go back down. I felt like the biggest idiot west of the Mississippi. Male leopard geckos fight like betta fish, and Mango, being bigger than Lizard, clearly won this battle.

That was nearly two months ago, and I have been monitoring Lizard closely and have been in touch with a vet ever since. All had been going well until this weekend’s revelation regarding his legs — there must be an infection of some sort that is attacking those nerves which will have to be addressed urgently. If Lizard were to die, I would be a wreck and will never forgive myself.

But, why tell this story?

Well, it is a reminder for everyone of one thing: never put blind trust in anyone. If I had not taken the pet store employees’ word and just looked for myself, none of this would have happened. Lizard would still be walking like he should be, and he’d have a tail. While a certain degree of blame does reside with the attendants, we must always be our own best advocates and ensure that others’ work is up to our own standards if we are in a position to do so. I let my guard down for a moment, and Lizard is paying the price.

Don’t let the same thing happen to you or those you love.