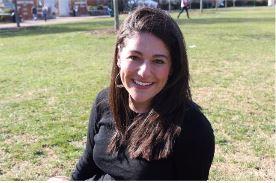 The Pro Humanitate spirit was not absent in the late Erin Levitas’ four years at Wake Forest, and it still lives on in honor of the former Demon Deacon.

According to Margo Tanner, President of the Wake Forest University Red Cross Club, the event helped to collect 60 usable units of blood. Each unit is one pint.

“It was Erin’s wish to restock the blood supply to give back, since she required blood transfusions as a part of her treatment,” Tanner said.  “I believe that Erin realized how important these contributions were, so she was very dedicated to this cause.”

Levitas graduated from Wake Forest in the spring of 2015 — a little over a year before she was diagnosed with a rare form of sarcoma. Sarcoma is a type of cancer in which tumors grow in connective tissues that support other kinds of tissues. There were about 15,000 cases of soft tissue sarcoma in the U.S. in 2014, according to Web MD.

The blood drive was in her loving memory and in hope to fulfill her wishes by giving what healthy and able people can of themselves in order to fight cancer for all those currently suffering and enduring treatments.

“I did not know Erin directly, but her battle with cancer was what really made me decide to give,” donor Kate Lorenz said. “My family has been greatly impacted by cancer and I saw the blood drive as a great way to support those still suffering from the disease.”

The positive memory of Levitas, as well as her involvement with Greek life, helped with a high participation in the drive.

“With both the involvement of the Greek organizations on campus and with Erin having had such an impact on the Wake community, we saw a lot more first-time donors than we have in the past, which was exciting and inspiring,” Tanner said.  “I think the Wake Forest campus really rallied around Erin’s goal and did a lot to support the Red Cross.”

The members of Alpha Delta Pi hope to make this an annual event with the Red Cross in order to continue to honor Levitas and her aspirations of helping others in similar situations that she was in.

“The collaboration with ADPi could not have been more successful … I was so impressed by their commitment to and passion for Erin’s cause, which ended up motivating all involved that much more,” Tanner said.

The two organizations collaborated on advertising, resources, community outreach and supplies for the drive. ADPi was most involved in reaching out to the Wake students to promote the event, while also having a large amount of donors and volunteers.

“I think the reason for the drive is more meaningful just because it makes you remember that anything can happen,” said donor Hope Werwenski.

Blood drives in memory of a former student have more of a direct impact on Wake Forest students. With a large number of first-time donors and a high participation rate, the Pro Humanitate spirit and attitude is reinforced on campus.

“Blood drives such as the one in memory of Erin keep us consistently impressed by the generosity and spirit of the students and faculty at Wake,” Tanner said. “We work quite hard to put these together, but the dedication and passion of the donors makes it all worth the effort.”

Along with a large amount of donors, the event raised $765 for the Red Cross to assist in saving more lives. This money was raised through the app ‘tilt’ by those who were unable to donate for any reason, or who wanted to contribute additionally to the cause.

“We are grateful to have so many students willing to dedicate their time in order to help us work towards the growth and success of the Red Cross,” Tanner said.