Injury Reserve's creative production and depth differentiates them as artists 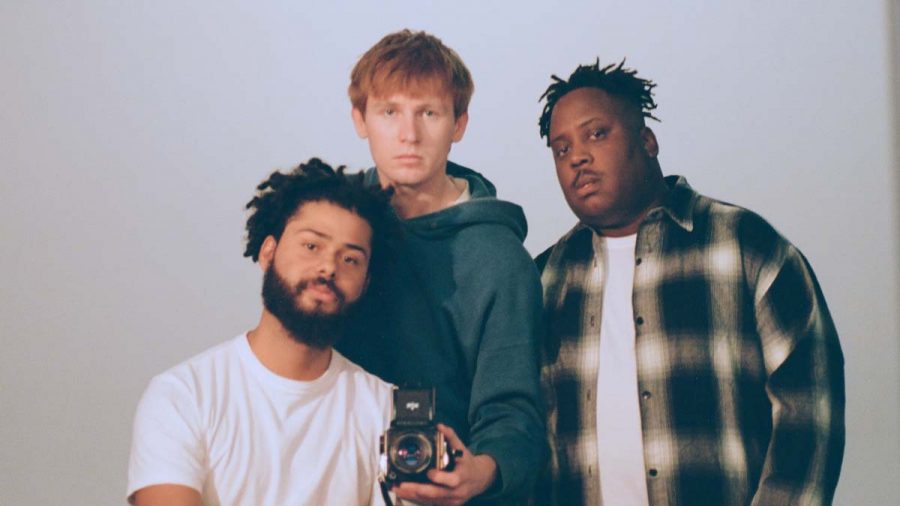 Injury Reserve's popularity stems from their unique and experimental style, hip-hop beats alongside a laid-back approach to music production.

In the summer of 2020, the unimaginable struck the Phoenix-based experimental hip-hop trio Injury Reserve — the sudden death of their core vocalist Stepa J. Groggs.

During the group’s long period of silence after Grogg’s death, their small but passionate fanbase both mourned the loss and wondered if remaining members Ritchie with a T and Parker Corey would ever produce music again. One year later, the trio-turned-duo returned with “By The Time I Get To Phoenix”, their most ambitious project yet, and a beautiful tribute to Groggs’s life.

Injury Reserve garnered acclaim from fans and critics alike with their previous projects “Floss”, “Drive It Like Its Stolen”, and their self-titled album. All of these were filled with unkempt lyrical delivery served over distinct, chaotic production.

In the crowded sub-genre of experimental hip-hop, the trio was consistently eager to push the limits of their own music and the genre as a whole. Injury Reserve was a breath of fresh air, and despite their aggressive sound, they never seemed to take themselves too seriously. Their breakout song, “Jailbreak the Tesla”, was almost entirely produced using recorded sounds from a car.

Understandably so, this humor is lost on their new album and is replaced by a much darker creative direction. The production is clearly shaped by grief and anguish — the remaining members’ pain after the passing of Groggs is tangible and inescapable throughout the forty-minute runtime.

The intro track, “Outside”, sets a strong sonic and thematic tone for the album with Ritchie’s pitched-down, painstaking vocals set over a scattered, percussion-heavy beat. The lyrics are eerie and cryptic, with hard-hitting lines like, “We cannot end this with an agree to disagree / There is no happy medium / That is nothing, that is nothing.”

Another crucial moment in the album is found on track seven, “Top Picks for You”. On this track, Ritchie speaks directly to the passing of Groggs with emotionally-packed lines like, “I felt loss but a hole like this I never could’ve imagined / Your pattern’s still in place, algorithm’s still in action / As I scroll through I see a piece of you is still reacting.” Ritchie appears to be reckoning with feeling the online and musical presence of Groggs while learning to cope with his physical loss. This track comes across more as spoken-word than hip-hop; the production is percussion-less and minimalistic.

Songs like these show how far Injury Reserve has progressed as a group. While Parker Corey’s signature production style shines through on tracks like “Superman That” or “Footwork in a Forest Fire”, Injury Reserve still shows far more versatility on their new EP. They experiment with more musical empty space than ever before, and on more vulnerable songs like “Knees”, they blur the lines between experimental hip-hop and post-rock.

Because of the production risks that Parker Corey takes on this new album, the group is able to create a unique, atmospheric listening experience — a new world for the audience to lose themselves in. This world feels like a blend between apocalyptic sci-fi and old-school Western on ketamine. There’s an impending sense of doom set up by tension-building production and lyrics like, “Ain’t no saving me / Ain’t no saving me or you,” or “Manic in the skies / There’s panic in the sky / Even when it’s down below / There’s nowhere to go.” The emotional impact of this tear-jerking, anxiety-inducing album cannot be understated.

This album solidifies Injury Reserve as one of the most multi-faceted and creative musical acts in recent years, and, while “By the Time I Get to Phoenix” may mark the end of the infamous three-man weave of Injury Reserve, Groggs’s musical presence will be felt for years to come.