Holding on to the abandoned and forgotten

The story of the mysterious and mystifying house that neighbored ours 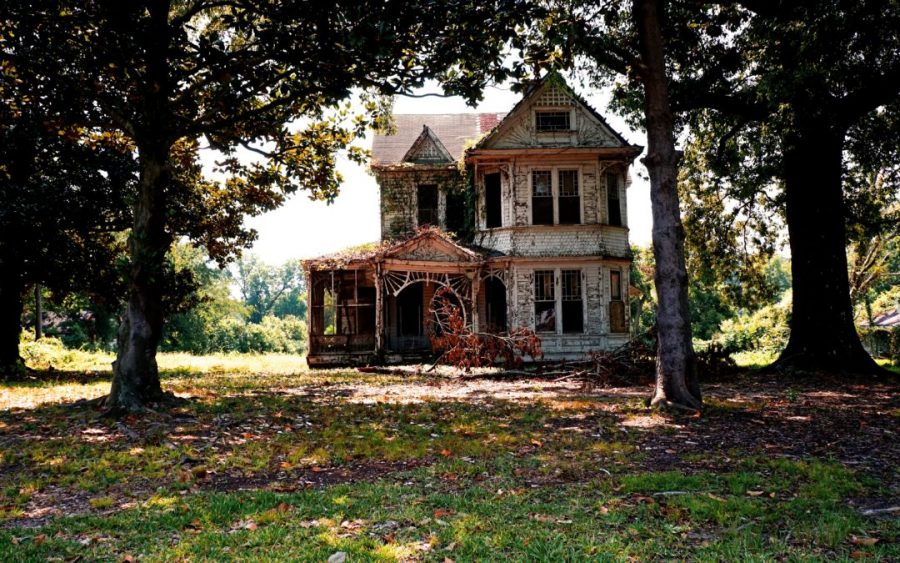 For many, moving is a strenuous process. The idea of packing up your life and leaving for an unfamiliar area is daunting — especially for a seven-year-old.

Unlike most, I did not end up moving hundreds or thousands of miles away and I was not put into a new neighborhood or school district forced to reinvent my life, identity and friends. I moved less than 10 miles away to a plot of land in the exact same neighborhood.

However, seven-year-old Selinna was fascinated by the change in scenery and her new view of life from the opposite end of the neighborhood. My family decided to build our own home on this old plot of farmland, and I was excited by the prospect of a new home and new territory to call my own.

To the left of our house were our neighbors, who were also my cousins. I would now be able to see them on a daily basis and we could waste away our time fleetingly, without a care in the world.

One of our favorite activities was daring each other to venture to “the house”. “The house” was a dilapidated shack of a home that was falling apart at the seams right on the edge of my cousin’s property line. The building was owned by another neighbor on the street to whom the building held sentimental value and as such, refused to remove it despite its lack of inhabitants.

From a young age, I had always held reservations toward tales and adventures that ventured into the realm of spookiness. Anything that held a semblance to horror movies or ghost tales scared the life out of me, and I did my best to avoid them at all costs.

My sister and cousins, however, had bones of steel and brave hearts as they continually dared to explore the unknown. As such, their curiosity was piqued by the abandoned house that we had discovered. At first glance, the house is almost invisible, the worn-down wood faded and colored into a dark green that blended with the trees around it.

My cousins always dared each other to run and look into the window of the home even though I cautioned them otherwise. They did not listen.

Nothing ever really shakes my sister, but I remember seeing her face, pale and drained of blood as she just ran back from peeking into the house. We all clamored around her and pestered her with a barrage of questions, inquiring what she saw and what scared her so much.

She never told us. Now, when I bring it up, the memories are muddled and fuzzy as we all reminisce on the abandoned house of our childhood.

The most frightening part of it all was the nights when we would play outside of our homes and look at the house. On one particular night, one of the windows of the home was alit.

Naturally, we freaked out. As far as we knew, the house was abandoned. And it was true — we confirmed with our parents — that no one had inhabited the building for our entire lives.

My brain was scrambling to find answers and I did not want to think of the possibility that the supernatural might be at play here. That’s impossible, right?

Yet, there is nothing that can explain the light that we saw — illuminating the window in a way that we had never before seen. Again, we all dared each other to go and explore it, but no one could bring themselves to. It seemed that any sense of bravery was shut off by the mysterious light.

I often think about the former inhabitants of the home and wonder about possible answers as to what could have caused the light to go on that day. But mostly, I just look back and think about the times I shared with my cousins and my sister as we all bonded over “the house.” Perhaps it was a figment of our imagination, or, maybe, it was a ghost.