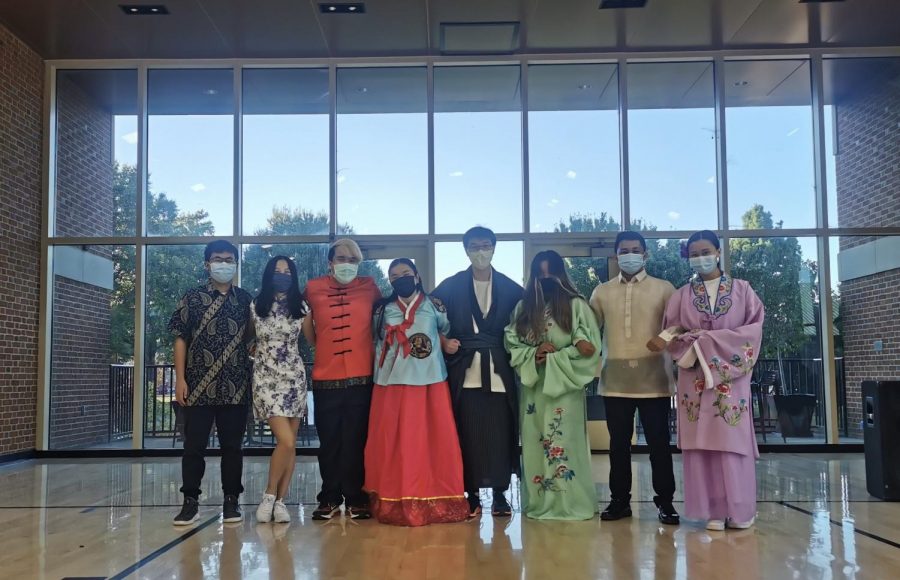 Students in traditional attire pose at the harvest festival put on by the Asian Student Association (A.S.I.A.) on Sept. 26. A.S.I.A. collaborated with many organizations to hold the event.

Having only 30% of students identifying as non-white, Wake Forest qualifies as a predominantly white institution (PWI). Statistics are not as easy to come by for sexuality and gender composition, but simple observation shows that cisgender and heterosexual people make up the majority of the student body. As such, culture groups are an important resource for students who do not identify as white, cisgender and heterosexual. The university’s Intercultural Center provides support to 30 of these organizations.

However, due to the COVID-19 pandemic, these groups made the switch to virtual programming last year and have only recently begun to host in-person events again.

Notable communities and resources include the Asian Student Association (A.S.I.A.), the Black Student Alliance (BSA) and the LGBTQ Center. A.S.I.A. is open to any student — regardless of their ethnicity, background or beliefs — who is interested in sharing Asian traditions, culture and food while promoting diversity and inclusivity on campus.

They recently collaborated with other campus organizations to host their Harvest Moon Festival on Sept. 26, which featured games and dance performances highlighting the beauty of Asian culture, as well as a buffet line of Chinese, Japanese, Korean, Vietnamese and Thai foods.

A.S.I.A. also hosts more personal events for its members throughout the academic year, including regular club meetings, movie nights and even hot pot and dumpling-making classes. Members of A.S.I.A. connect through these events and their shared cultures, creating relationships that feel like family.

“With the loosening of COVID-19 restrictions, we get to see many returning and new members who are excited to bond over group events,” sophomore and A.S.I.A Secretary Katie Zeng said.

She continued: “Our recent events allowed us to share the beauty of our culture with the Wake Forest community and regain the normalcy and community feeling offered by in-person events. Our hope is that we can bring back what makes A.S.I.A. so special this year through our events and that those who join us will find a place that they feel comfortable and welcomed in.”

Like A.S.I.A., BSA hosts regular events for its members in order to foster connections and support between Black students while celebrating Black culture. They also have a lounge space in Kitchin Residence Hall for their members, which houses many of their events and is also used as a casual social space.

Their most recent events include a Sunday Brunch held at the Barn at Reynolda Village on Sept. 26, as well as a Soul Food Festival in collaboration with the Organization of Latin American Students (OLAS). At the event, students were able to enjoy cultural foods such as shrimp and grits and chicken and waffles.

One important space on campus is the LGBTQ+ Center, which hosts identity space meetings for queer students every month, as well as events promoting queer sex education and inclusivity. Each space is led by a facilitator, who spearheads discussions and group exercises.

These identity spaces include Lavender Menace, a space established by senior Cara Levicoff that welcomes non-men interested in building community around the nuances of their queerness; QTPOC Connections, a space for queer and trans students of color; T-Time, a space for all students who identify as trans, nonbinary or genderqueer, as well as those who may be questioning their gender identity; and Queer First Year, a space designated for LGBTQ+ first-year students.

Identity spaces are open to both undergraduate and graduate students, and students are allowed to attend any space that resonates with them.

Culture groups are a key part of the university experience for many students who have built lifelong connections through membership.

While many on campus believe Wake Forest still has a ways to go in promoting diversity and inclusion on campus and in making the university a safe space for all students — regardless of their background — the ever-increasing presence of cultural groups is an important step towards accomplishing this goal.