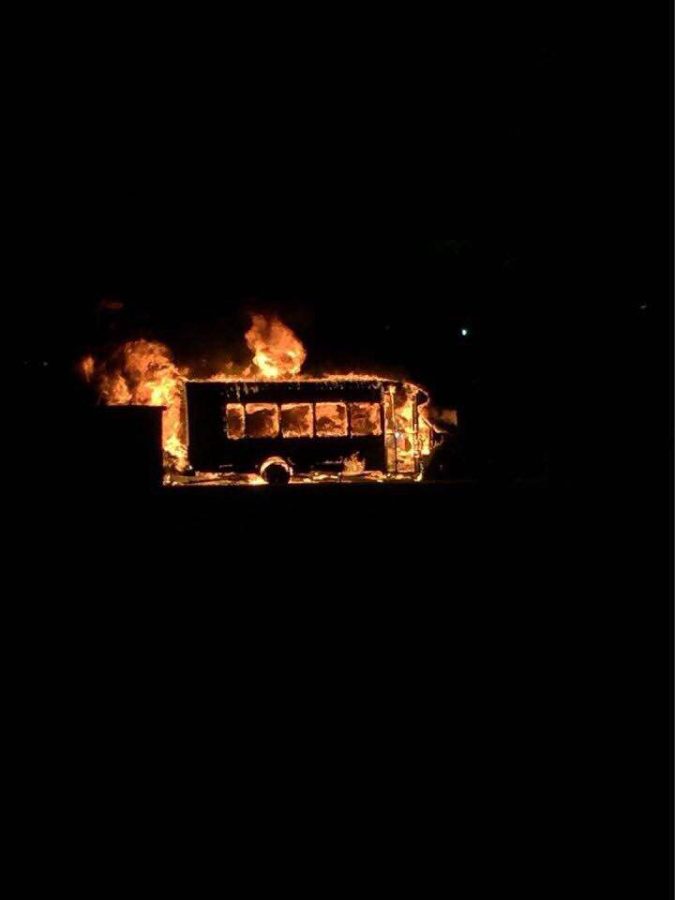 On Feb. 4, a student driver struck a Wake Line bus that was en route on campus. The crash resulted in a fire that engulfed both vehicles before being extinguished by the local fire department.

According to the accident report, the crash occurred when the student vehicle, driven by Samuel Evans, crossed the center lane on the way to Wake Forest Road, while the bus was headed towards Wait Chapel. The car hit the side of the bus, causing extensive damage as well as igniting a fire within the bus.

The fire was initially isolated, but quickly grew, engulfing the bus and the other vehicle.

Both Evans and the bus driver were able to escape before the blaze fully encapsulated the two vehicles.

According to the accident report, both vehicles were severely damaged.

Later, the owner of the student vehicle, Ethan Bullard, was called to the scene. Bullard was contacted by Evans, who informed him of the accident.

When he arrived, the fire had already been properly extinguished. WakeTV was present at the time and requested his statement in an interview.

“I’m just glad no one was hurt,” Bullard said.

The university is currently working with the WSPD in an ongoing investigation after the crash.

Coordinator of Community Policing, Sgt. Lesia Finney, was contacted for a statement but was unable to comment due to the ongoing investigation.