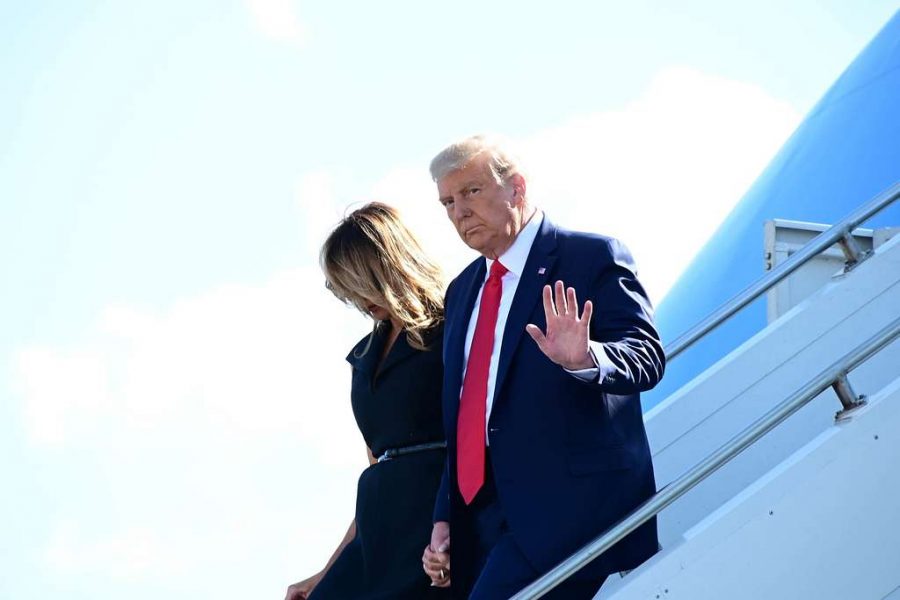 Republicans, if you want to win the White House in 2024, ditch former President Donald Trump.

He is clearly the most notable Republican of the day and certainly garners the most national attention, both from his adorers and opponents.

But he’s not the candidate that will deliver a win in November of 2024.

In spite of the fact that Trump continues to have the most solid base among any politician — Republican or Democrat — he would still lose in 2024. He would certainly crush any other Republican candidate in the primary (sorry Ted Cruz and Ron DeSantis), but both times he’s competed in the general election, he’s lost the popular vote by millions of ballots. As long as Trump is running, his opponents will be as vocal as possible. Trump inspired fierce passion and loyalty in some but at the same time emboldened his critics — most of whom do not quietly wait to see how the chips land.

The Republican Party is at a crossroads. They can choose to stick with Trump, a man synonymous with controversy, scandal and outrage, or they can choose to redefine their identity as a party. As long as they stay with the former, they will continue to be handed losses in presidential elections, because as much as a majority of Republicans love Trump — and boy, do they love Trump — most Democrats despise him with equal fervor (It is because of this fierce loathing of the former president that in 2024 Democrats would turn out in massive numbers as they did in 2020). Although Republicans also increased their voter turnout in 2020, I find it difficult to imagine a scenario in which they could keep up with Democrats in that category. In a time in this country when key states such as Georgia and Pennsylvania have already gone to Democrats once — and with Texas shifting further left with every election — the outlook from the current Republican party is dim to say the least.

These are the options of the Republican party: stick with Trump and continue spouting their unfounded belief that the election was stolen, that the vaccines are dangerous and that the government has been infiltrated by Socialists, or try to move past that identity and reform as a coalition.

The Republicans could try to reinvent themselves, not as the party that mounted an insurrection at the Capitol on Jan. 6, but as the party of common sense government. Many Americans aligned with Republicans because they wanted small government, free-market capitalism and a belief that, while there are some government programs that work well, there are others that don’t. Millions of Americans fell in line with Republicans because that party represented how they felt, not because of the fanatic rhetoric of a single leader. That’s how cults are built, not political parties.

That former identity is what the Republican party once claimed. Reagan would refer to Democrats as his “well-meaning liberal friends” and George H.W. Bush gracefully admitted defeat to Bill Clinton. John McCain even defended Obama on the campaign trail when some Republicans feared his values.

Those Republicans would be unrecognizable in today’s Republican party, and that’s because the largest requirement to be a modern-day Republican is that you have to hate Democrats.

The only way to do this is to leave behind Trump and his rhetoric. Yes, it fires up the Republican base, but it also fans the flames of violence and resentment.

As long as Trump is the leader of the Republican party, the party’s issues will persist. Sure, many Republicans would be furious over the removal of Trump, but that is the only path if they want to remain a party that is taken seriously on the global stage. Even though most Republicans aren’t willing to admit it, Trump is a plague on their party. The only cure is his removal.