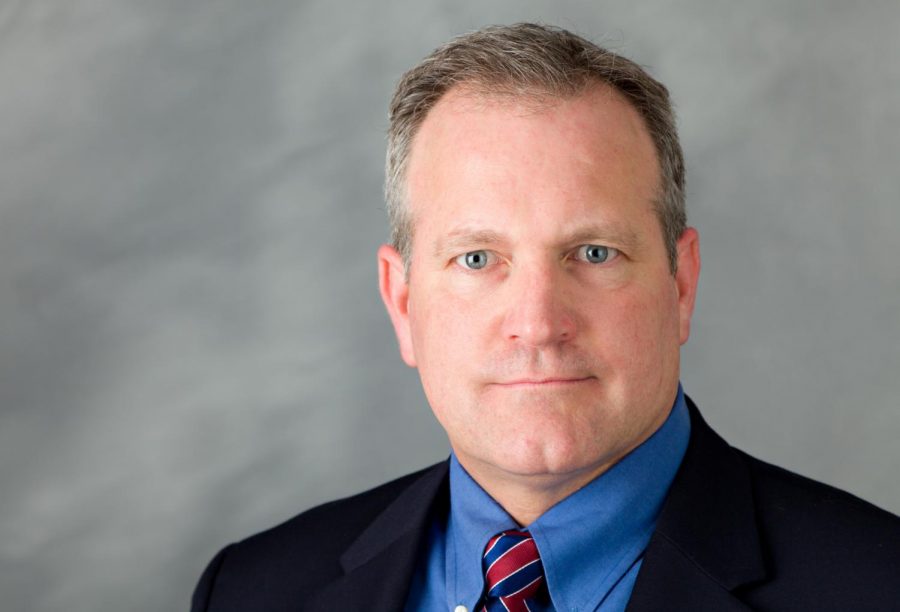 Sean Hannah is a professor of management and holder of the Tylee Wilson Chair at the Wake Forest School of Business. He is the editor-in-chief of the Journal of Leadership and Organizational Studies, and has published over 70 papers on leadership, character and management.

In his time at Wake Forest, he has been identified as being in the top percent of researchers worldwide across all sciences based on citations to his research. He has also been honored as a fellow in the Society for Industrial and Organizational Psychology and the Association for Psychological Science.

Tell me a little bit about yourself and what led you here to Wake Forest.

I served for 26 years in the U.S. Army, and I retired as a colonel in 2012. Towards the end of my career, the army had selected me to be a West Point professor, so I went to get my Ph.D. and go to West Point, where I was the director of leadership and management programs.

I then ran an army-wide center called the Center for the Army Profession and Ethics that was responsible for looking at the entire army, the active National Guard and reserve army. The center was there to advance training, education, development and policy creation on the army as a profession.

Dr. Nathan O Hatch — who was president of Wake Forest at the time — and Steve Ryman, then-Dean of the Business School, heard what I was doing up there at West Point in our leadership and ethics center and came up to visit me. Soon thereafter, we were discussing my coming down, so I retired from the army in 2012 and came here. I then took the Tyler Wilson Chair in business ethics at the School of Business. I also advocated for the Center for Leadership and Character in the School of Business, which is now called the Legacy Center for Leadership and Character.

One of your noted accomplishments is being recognized as among the top percent of researchers in the world by The Public Library of Science, PLOS. Can you tell us a little bit about what research you have done that led to this honor?

PLOS did a major study and they pulled the data in 2019. The study was published a year or two later, but they looked at the citations of all scholars in the entire world across all sciences — whether it was business, economics, medicine, chemistry or biology. They looked at the impact of scholars based on citations of their research. The study considers how other scholars are citing your research, so it’s a measure of scientific impact. At Wake Forest, we are very fortunate to have a couple of other scholars that also came up on that list from the psychology department.

But, as far as the award itself, it wasn’t based on any specific paper—it was the overall impact from my entire body of research. I’m a leadership scholar, and all of my research intersects with leadership and the impact of leadership on followers. So, the award was based on that entire body of research. Some of the stuff that I’m doing is in neuroscience research. It involves brain mapping leaders, looking at their brain structure and how that influences the way that they lead.

What inspired you to pursue this field of work?

I spent almost three decades in the army, so I had opportunities across my career to lead thousands of soldiers. As such, I understand the impact and importance of leadership on followers, teams and organizations. So, it was very natural for me, having been a practicing leader for so long, to then take the opportunity to study it.

What does it mean to you to be recognized in such high regard as a recipient of this award from PLOS?

It’s very satisfying to have that kind of recognition for your work. The average scientific article often takes thousands of hours to create, and what’s amazing is that the average article is cited less than five times over a ten-year period. It’s very validating for me — and very motivational — to know that my research is having such a significant impact. I have some papers that are cited over 750 times. It makes me feel that the time I spent on developing and publishing those articles was much more worthwhile, knowing that they have that impact. This recognition is coming on the heels of some other very high-level recognition that I’ve had over the last couple of years, too.

Can you tell me a bit about some of that other recognition?

I was selected as a fellow of the Association for Psychological Science, which is a big deal. They select a very small handful of scholars every year and give them fellow status. Then, in 2017, The Academy of Management selected me with the Practice Impact Award. This is an award they give to a scholar that doesn’t just do academic scholarship but is also actually impacting the practice of management. That was a pretty big deal because I was singled out of the entire Academy of Management, which is about 30,000 people.

What will be the focus of your future research endeavors?

We’re publishing a lot of articles now using neuroscience, which is a new, emerging field in management and organizational behavior. We’re really on the cutting edge of that. We’ve published three articles so far in top-tier academic journals. We’re also advancing a new line of research on what’s called behavioral governance. Behavioral governance is the study of what makes somebody an effective fiduciary, someone trusted with financial responsibility, who has the appropriate character— skills, competence and other attributes that make them effective in that role.

How do you want to leave your impact on Wake Forest?

I still maintain a key role as the Senior Research Associate for the Legacy Center for Leadership and Character that I mentioned earlier. So, through my research, the research of Dr. Pat Sweeney and the research of others that we bring into the center, we are taking that knowledge and creating products, tools and experiences for students. We’re really working hard to infuse leadership and character throughout the entire School of Business. So, regardless of what a student might be interested in, everyone is getting exposed to leadership and character concepts infused throughout their overall programs. That’s pretty unique for schools to have that sort of integration.