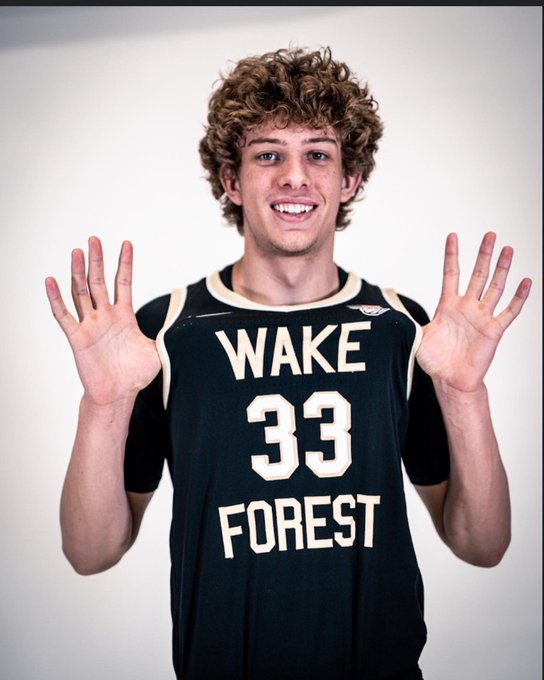 Keller led his high school to a Colorado state championship in March.

Wake Forest has secured their first 2022 basketball recruit — and he’s a good one. Zach Keller, a four-star prospect ranked as the No. 10 power forward in his class, announced his verbal commitment to play for Steve Forbes and co. on Oct. 11.

“The ACC is one of the best conferences for basketball, the elite academics at Wake Forest really stood out, and in the end, after taking all of my visits, Wake Forest was the school that felt right for me,” Keller said.

Keller is a 6’9”, 220 lbs forward who goes to Thunder Ridge High School in Highlands Ranch, Colo. Wake Forest was able to secure the coveted recruit over his other final choices which included TCU, Texas Tech and Utah. Keller is a great get for Forbes and his staff, but the fact that he chose Wake Forest over numerous West Coast schools makes the commitment truly impressive.

“My overall gut feeling is what led me to commit,” Keller said. “A lot of the members of the program constantly reached out to me and said they would love to have me go there, so it really felt like home.”

Keller helped lead his high school team to a Colorado State 5A championship back in March.

“He was the best player on the court each time we played,” Thunder Ridge Coach Joe Ortiz said. “He was spectacular.”

So, what are Demon Deacon fans getting in Keller?

“They are getting a stretch four who gives it his all every game,” Keller said. “I am a versatile big who does not like to take plays off and will do anything to get Wake Forest back into the spotlight.”

Keller truly is a versatile, aggressive player who runs hard and crashes the glass. He can step out and shoot the three, block shots and also has great footwork in the post. He also had some durability concerns in high school, but that’s been about the only criticism of his game.

The front court is the only position group that is “old” on the current roster, so there is definitely a chance that Keller will have an immediate impact.

Of course, with the activity in the transfer portal at the end of last season, we have learned that roster turnover in college basketball is becoming a lot more common than it used to be. As a result, it’s difficult to look ahead and have a true idea of what the roster makeup will look like next season.

“[The coaching staff] told me there might not be a ton of minutes for me there as a freshman, but said there would be some,” Keller said. “It’s also a really good school and I’m pretty close with (coach) Steve Forbes and (assistant coach) Brooks Savage.”

Now that the ball is rolling on recruiting for next season, the focus shifts toward three-star guard Jamarques Lawrence from Roselle Catholic High School in New Jersey. Last week, Lawrence announced that his decision will come down to Wake Forest and Nebraska. He will be making his decision on Nov. 1.