With the passage of S.R. 4, Student Government now has a seat at the table in planning the survey 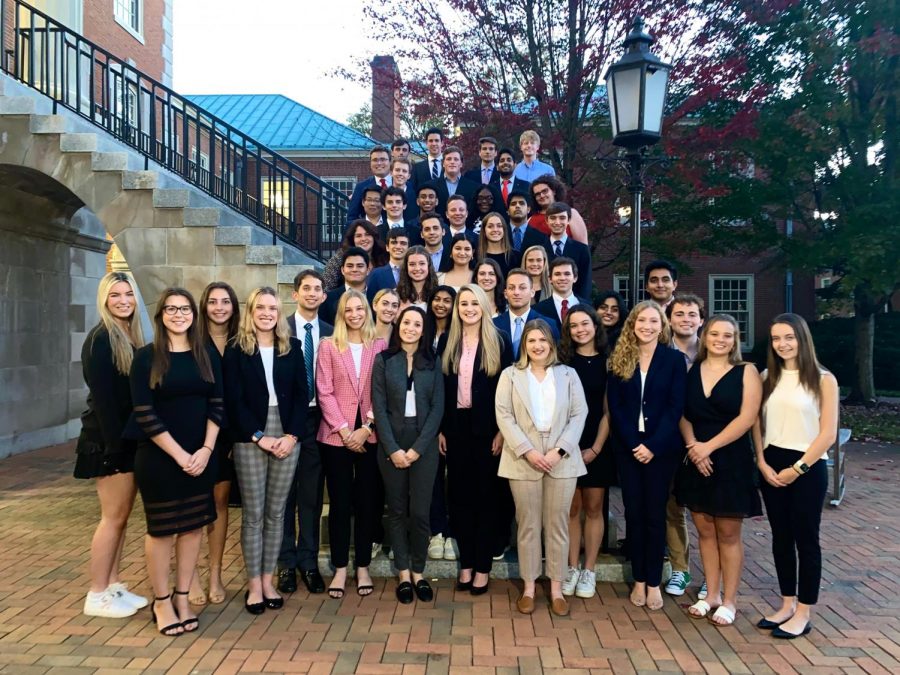 The student body will vote Tuesday and Wednesday on its representatives for the 2022-23 Academic Year.

The Oct. 12 Student Government Senate meeting saw the passage of legislation to co-sponsor the Wake Forest Sexual Misconduct Campus Climate Survey, which was passed with 36 yeas, six abstentions and 0 nays.

The purpose of the campus climate survey is to use Wake Forest-specific data in deciding the proper response to addressing the survey’s main issue. The idea of a campus-wide survey gauging sexual violence on campus was first suggested back in Feb. 2019 by the 2018-19 Student Government Senate. Most of those senators have since graduated, but one remains: senior and now Student Body President Ally Swartzberg, who was was one of the co-sponsors of the bill as a freshman.

“We voted on it, we passed it, we sent it to University President Hatch’s office and we were basically told that the institutional research for the year was finalized,” Swartzberg said. “Administration said they couldn’t add another survey to the list, and it was too close to the summer, anyway, once we had passed it. So, after all this work with different university offices to try to get this to happen, we basically got shot down. And that was almost four years ago.”

After the Aug. 28 protest outside Poteat Residence Hall and Reynolda Hall, sexual violence was again a major talking point among the student body and administration. During the Aug. 31 Senate meeting, Swartzberg reminded senators that the 2019 resolution fell short of its goal and suggested that the conversation be revisited.

On Sept. 8, President Wente spoke to the Board of Trustees calling for a campus climate survey about sexual violence to be administered. Shortly thereafter, the Women’s Center released a 17-page report detailing the importance of the survey and possible next steps.

Jackson Buttler, a sophomore senator and Campus Life Committee co-chair, introduced the resolution on Sept. 30. Buttler wants Student Government and students themselves to have a meaningful role in the creation, distribution, and implementation process of the survey.

Buttler continued: “I want to be involved in looking at the data and trying to come up with solutions, and I think this is the best way to get that done.”

Swartzberg sees Student Government as “the facilitator” in this process. She emphasized the importance of reaching out to the student body and making sure the student voice is accurately represented and heard in administrative settings.

Both Buttler and Swartzberg mentioned that a low response rate could be a major obstacle to the survey’s success. The goal is to receive a 30% response rate. While neither has a definitive solution to remedy the problem, both expressed ideas.

Buttler suggested the possibility of using incentives or campus-wide advertising, and Swartzberg floated the idea of creating connections with various social group leaders around campus to then tell organization members about the importance of taking the survey. Both of them, however, expressed support for using Student Government’s influence over the course of the next few months of preparation for the survey.

“I’m very passionate about using our platform for good,” Buttler said. “And, I think that this is the best way we can do that. I think that we’re going to be very successful at it.”

Swartzberg is confident that this survey will push Wake Forest in the right direction, not only in terms of eliminating sexual violence but in other aspects of campus life.

“We could have sexual misconduct and sexual violence campus climate surveys deployed in the spring every four years, so we would be able to actually track from year-to-year if the prevention efforts that are being implemented are actually working and be able to see if the incidence of sexual violence is going down,” she said.

“Because the survey would be sent out every couple of years, I know the hope is that on the off years where sexual violence isn’t the topic of the campus climate survey, there would be other things that are being done so that there is one campus climate survey every year that students are taking. It’s kind of a cycle.”