Braves and Astros to play in World Series 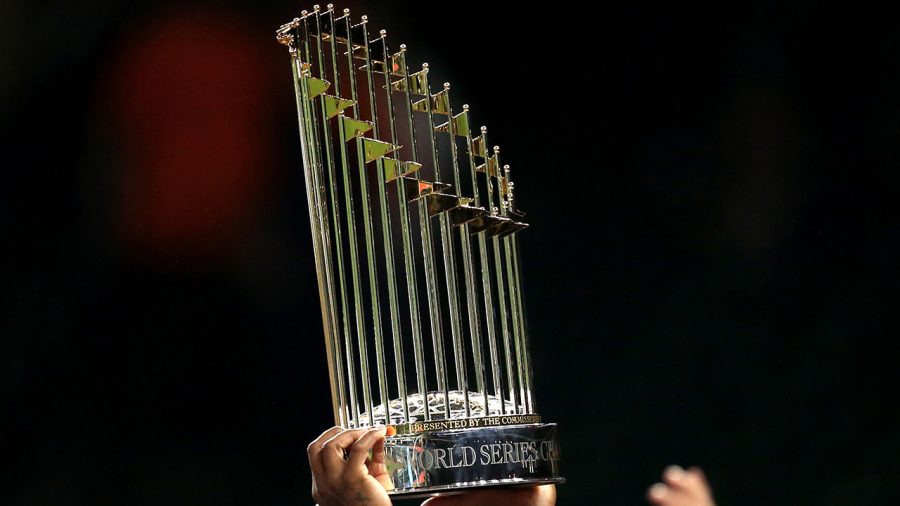 The MLB 2021 World Series matchup is set, as the Houston Astros will take on the Atlanta Braves in the 117th Fall Classic. In six games, the Astros defeated the Boston Red Sox. The Braves finished off the preseason World Series favorites, the Los Angeles Dodgers, in six games as well.

This matchup is somewhat surprising, because, as the regular season progressed, neither team seemed to be the most dominant in their respective leagues.

Nevertheless, both teams got hot at the right time of the year and find themselves with the chance to win it all.

Let’s start with the American League champion Houston Astros, who are no stranger to the Fall Classic. The Astros have reached the World Series three times in the past five seasons, and were crowned world champions in 2017.

After finishing the regular season 95-67 atop the AL West, the Astros finished off the Chicago White Sox three games to one in the best-of-five ALDS. The Astros continued on to the ALCS and beat Boston four games to two in the best-of-seven series.

The Astros are led by second-baseman and former AL MVP, Jose Altuvé. Altuvé, along with Carlos Correa, Alex Bregman, Yuli Gurriel, Yordan Álvarez, Michael Brantley and Kyle Tucker, make up the core of the Astros lineup. Álvarez has shined this postseason, putting up a .441 batting average to go along with two home runs and nine runs batted in. Álvarez’s performances in the later games of the ALCS helped the Astros win, despite the team’s offensive slump.

The Astros also boast the AL regular season batting champion in Gurriel, who has continued to be productive in the playoffs. Dusty Baker, the 72-year-old manager at the helm of the Astros, hopes to have a better outcome in this World Series than that of his last appearance, which came with the San Francisco Giants in 2002.

The Astros are only a few years removed from a cheating scandal that rocked the baseball world. Throughout the 2017 season, the Astros used an intricate system that involved technology and garbage cans to steal opposing pitchers’ signs.

Managers and players were implicated in the sign-stealing scheme, leading to the firing and suspensions of manager A.J. Hinch and bench coach Alex Cora (now the Boston Red Sox manager).

General Manager Jeff Luhnow was also fired and suspended, despite his claims that he played no part in the cheating. The sign-stealing scheme has subjected the Astros to a lot of animosity from opposing teams and fans.

The National League champion Atlanta Braves held the worst regular-season record among all the playoff qualifiers (88-73), yet they’ve found themselves four games away from winning a championship. The last time the Braves appeared in the World Series was in 1999, and the last time they won it all was in 1995.

The Braves beat the Milwaukee Brewers three games to one in the ALDS and defeated the Los Angeles Dodgers four games to two to continue their amazing postseason run. The Braves were betting underdogs to both the Dodgers and Brewers and overcame those odds in impressive fashion.

Despite losing star outfielder Ronald Acuña Jr. for the majority of the regular season and the entirety of the postseason, multiple Braves players have stepped up to fill the offensive void left by his absence.

The Braves lineup features 2020’s National League Most Valuable Player in first baseman Freddie Freeman. The rest of the lineup is rounded out by Joc Pederson, Eddie Rosario, Austin Riley and Ozzie Albies. This postseason, Rosario has been the most impressive player for the Braves, hitting .474 with three home runs and 11 runs batted in. The Braves’ manager is Brian Snitker, who has led his Braves squads to four-straight NL East Division titles.

The series will be decided by each team’s pitching staff and their consistency. The Astros’ starting pitching staff struggled in the ALCS against Boston, as they combined for 14 runs earned in just 7.33 innings of work through games 1-4. Luckily, the Astros’ bullpen was stout and quieted the Boston batters for the remainder of the series.

The Astros’ starting pitching lineup of Framber Valdez, Luis Garcia, Jose Urquidy and Zack Grienke will have to tighten up if they want to have a better chance of winning. They cannot expect the bullpen to repeatedly bail them out against the Braves.

Starting pitcher Lance McCullers Jr. likely won’t play in the series, though, as he continues to recover from injury. As such, the Astros will need performances similar to what they got in games five and six from Valdez and Garcia.

The Braves pitchers will have their hands full with an Astros offense that has been on fire all year. It will be up to starting pitchers Charlie Morton, Max Fried and Ian Anderson to limit their offense, which scored 20 more runs than the Braves have during this postseason despite playing the same number of games.

The 2021 World Series is sure to see the majority of baseball fans rooting for the underdog Braves. However, I don’t see the Braves winning the series. The Astros should be able to finish off the Braves in six games.