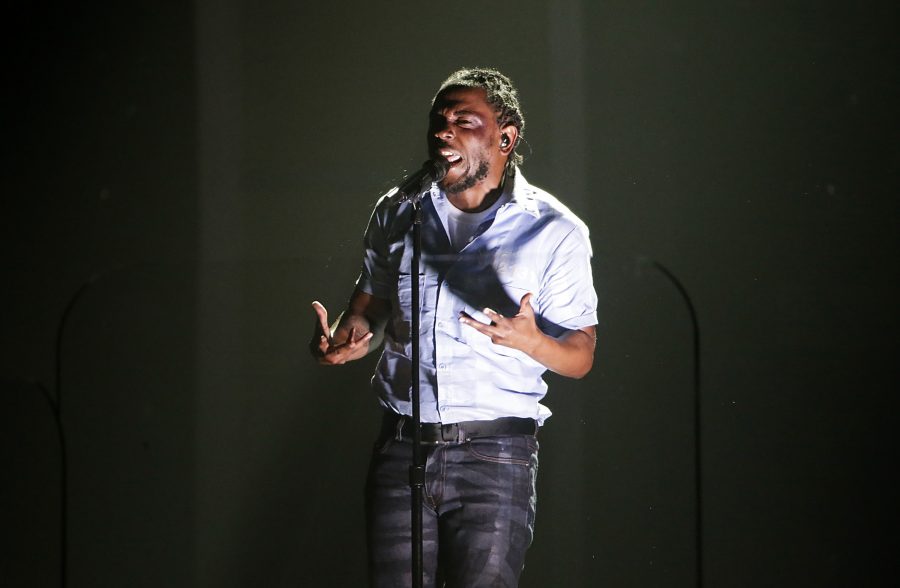 This was Kendrick Lamar’s year.  His masterpiece To Pimp a Butterfly was unrivaled by any other album in 2015.

To Pimp a Butterfly was ranked number one on 51 different album of the year lists from various magazines and websites. There was no competing album, like The Heist in 2013, which challenged Lamar as a culturally-progressive and impactful rap album. Many expected Lamar would win the Grammy for Best Album of 2015, an award that only one other rap album in the history of the Grammys has won before.

But he didn’t. And the only reason he did not win that award is due to the establishment that is the Grammy Awards.

The Grammy Awards was originated as an event to bring together artists of all genres to celebrate and award music excellence. Its modern-day purpose has evolved into that of televised spectacle of multiple musicians, such as Rihanna, Katy Perry and John Legend, performing either their current hits or renditions of classic songs from deceased artists. The Grammys is no longer an award show — it’s an event meant to bring in stellar ratings and attract massive advertising revenues for whichever broadcasting company lands the event.

The Grammys have come to a point that if you’re nominated for an award in a major category, you should expect to be performing. And if you don’t perform, you can almost guarantee that you won’t be winning that award. The biggest stars constantly feel the pressure to perform, even though they are often limited creatively or underpaid for their performance. It’s been noted in recent years that the Grammys utilize the marketability of major pop artists to perform at the show, yet do not accurately reward them for that music.

Look back to Beck and Beyoncé at the 2014 Grammys, two artists who were nominated for album of the year that year.

On the night of the 2014 Grammys, Beck performed a version of his song, “Heart is a Drum,” alongside Coldplay front-man Chris Martin. CBS, the broadcasting company that aired the 2014 Grammys, understood that Beck’s commercial value is weak, so they paired his performance alongside Chris Martin to purposefully bring some name recognition to the performance. Beck, who did have a great album, gave a mediocre performance compared to other acts that evening.

It was Beyoncé who stole the show. By performing twice at the 2014 Grammys, leading an elaborate tribute to Stevie Wonder and then showcasing her talents by belting out “Take my Hand Precious Lord” (a rendition from the acclaimed film, Selma), Beyoncé became the figure piece for the night of entertainment.

Even though Beyoncé undoubtedly boosted the ratings that night and arguably had the most culturally relevant album of 2014, it was Beck that went home with the 2014 Album of the Year award. The Grammys broadcast was dependent on Beyoncé’s marketability, but ultimately didn’t award her work.

But there’s no way the Grammys could repeat this offense in 2015, right?

Especially not to Lamar, who was gracious in defeat to Macklemore back in 2013 when losing to him for rap album of the year, even after performing a fantastic collaboration with the band Imagine Dragons at those 2013 Grammy’s. After being slighted in 2013 and having the top reviews for all of 2015, most expected Lamar to walk away as the top dog.

Predictably, the Grammys asked for Lamar to perform, and he did just that. But he did it in his fashion. Lamar has been known for giving controversial performances at award shows. At the 2015 BET awards, Lamar performed his hit single, “Alright,” on top of a vandalized police car. The Grammys was his first performance at an award show since.

Lamar opened up the Grammys performance by coming out in a prisoners uniform in handcuffs, walking out in a line with four other African-American men chained in handcuffs as well. Lamar started to perform, breaking out of the handcuffs, transitioning over to a scene resembling that of an African tribal dance.

Upon completion of this second act, Lamar then rapped an emotional freestyle regarding the deaths of Trayvon Martin and other African-American men who have died due to police brutality. The final image of the performance shows Lamar standing as a silhouette in front of a bright white image in the shape of Africa, with the word “Compton” hovering above the continent in black text.

But even with the critical acclaim; even though his album was used as a cultural anthem for a nationwide movement; and even as the performer of one of the greatest Grammy performances in show history, Lamar still did not win the Grammy for album of the year. Taylor Swift did for her album 1989. An album full of non-controversial pop hits, one of which, “Bad Blood,” includes a verse from Lamar himself.

Now it is important and fair to mention that Taylor Swift has a very high marketability value and also performed at the Grammys as well. She opened the show with a performance of her song “Out of the Woods,” but the performance was not nearly as noteworthy as Lamar’s. Media sources the following day heavily addressed Lamar’s performance, but barely even touched on Swift’s opening act.

The truth is that the Grammy for album of the year was determined before Lamar and Taylor Swift took the stage Monday night as the voting process is completed many days before the show.

But even with that being the case, the Grammys continue to have artists go out there and perform, with those artists frequently not being given an award they deserve. Swift has a higher commercial than Lamar, but I think his performance and album were more impressive than Swift’s. It’s almost a sick joke; one minute we are saying, “Kendrick won the Grammys with that performance,” but then the next, we are actually labeling him a loser, since he lost to Swift.

It’s a perplexing situation. The Grammys gives Lamar the platform to give a performance that clearly empowers his album’s message, but at the same time, they won’t actually give him the gratification and acceptance speech of fully winning album of the year. The argument is that maybe the exact platform the Grammys has been exploiting artists on, is a platform too big for the Grammys to relinquish to those artists by winning major album categories.

The underlying reality is the Grammys unfairly compares and competes artists against one another at the very same event those artists perform alongside each other.

Every artist at this stage has sold millions of albums and has reached masses of people at a global level, yet this event is an opportunity to divide these artists by determining them as either winners or losers. At one part of the show, we see these musicians put on amazing performances, but later that evening we call musicians like  Lamar, Beyoncé, Pharrell Williams, and the Alabama Shakes, losers. Can we really call these amazing musicians losers? We shouldn’t … but apparently the Grammys can.