How equitable is residence hall pricing? 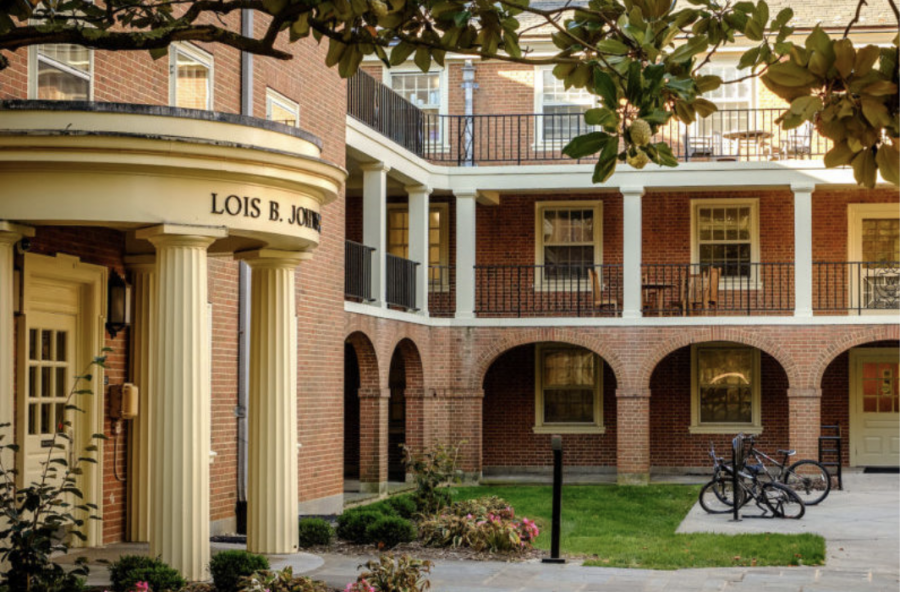 Whether you live in a new double with clean carpeting and high-end air filtration or an old dorm with mold on the walls and windows sealed shut, you have one thing in common.

You both pay the same price for very different quality of housing.

As students either rave or complain about their living conditions and the prices they pay in housing and health impacts, the university is rushing to alleviate the problems by renovating the last substandard dorms on South campus.

The pricing variations lie mainly between apartment-style living accommodations and standard dorm rooms. However, all standard singles and doubles, regardless of location on campus, have the same two respective flat fees.

Students have raised questions about the fairness of this pricing decision when doubles and singles across residence halls vary in quality.

Senior Ben Westlund explained that newer dorms such as South are significantly better compared to Bostwick or Johnson, which will soon be renovated.

“Students in older dorms such as Bostwick seem to often complain that they should not have to pay the same price as someone living in [relatively new and modern] South or Angelou,” said Westlund. “People are used to [getting what they pay for.]”

Matt Clifford, dean of residence life and housing, trusts in the unique residential nature of Wake Forest. He follows a pricing model that is largely based on room type.

“Consistency in price levels allows for some equity with choice,” said Clifford. “Additionally, it allows for students and families to budget appropriately, and not be constrained by those budget choices.”

“While the fundamental amenities are the same between campus dorms (common rooms, bathrooms, kitchens, washers/ dryers), it is the quality of these amenities that differ between dorms,” explained Westlund.

Other students have pointed out the difference in quality between residence halls on campus in regard to issues beyond the amenities.

Rather than addressing amenities, the most urgent complaints emphasize student health in “lesser” dorms.

“There is a severe mold problem in Johnson, so I was pretty much perpetually sick all of freshman year,” said senior Madison Cerami. “Over Christmas break (2018-2019 school year), maintenance came into my room and took everything off my walls and moved around my roommate and my’s [belongings.]”

After a great deal of confusion, Cerami was notified via email that the room had harbored black mold, which had been removed over the break. Black mold commonly grows in damp areas of water-damaged buildings, capable of extreme irritation to the respiratory system.

“I got chronic eye infections freshman year living in Bostwick because I am allergic to mold,” said senior Emily Sedlak. “Residence Life and Housing is compromising some of the students’ health because of where they live.”

In the summer of 2020, “make-up air” was installed into Bostwick and Johnson, which is essentially the use of outside air to help pressurize the halls.

Since then, students in those dorms still fear that simply breathing in their rooms could cause them long-lasting harm.

“I see mold in my AC unit and I have been sick since moving in,” said freshman Kyra Andreadis. “I have been through a round of antibiotics already but still have persistent congestion.”

Bostwick residents have resorted to purchasing air purifiers to combat the mold problem.

“Because the mold keeps getting us sick, we are forced to spend even more money at the health center,” said freshman Molly Pluta. “My windows are sealed shut so I can’t even air out the moldy room.”

Pluta lives on the basement floor of Bostwick where can easily be seen darkening the walls and ceilings.

Addressing the student concerns, Clifford responded: “Those buildings are scheduled for renovation in a couple of months, including looking at the air systems and dehumidification in the building. All of those things we are looking to address really soon.”

In reference to changing the pricing of standard doubles and singles on campus, even frustrated students acknowledge the situation is not easy to remedy.

“The second the university introduces a dynamic housing cost policy, socioeconomic segregation will occur almost immediately,” said Westlund. “Wealthier, more-affluent students who have the means to pay to live in the more expensive dorms will do so, contributing to economically stratified social networks on campus.”

“I would be concerned that there would be buildings that are separated by socioeconomic status,” said Clifford. “It would be a challenging bifurcation of our community.”

In contrast to Clifford and Westlund’s agreement, freshman Claire Whitworth notes that there are already forced pricing variations on campus.

“There are people who were given singles in Bostwick who didn’t specify that they wanted them [and now have] to pay extra for a single and have a [lesser quality] dorm,” said Whitworth.

Finding a consensus may not be simple, but all students acknowledge that the university has to address campus housing disparity.

“Wake Forest offers a unique educational experience, and part of that experience is because of our residential nature,” said Clifford. “In that vein, we have a residency requirement to create that kind of community.”