Life through the lens – Elisabeth Kuguru 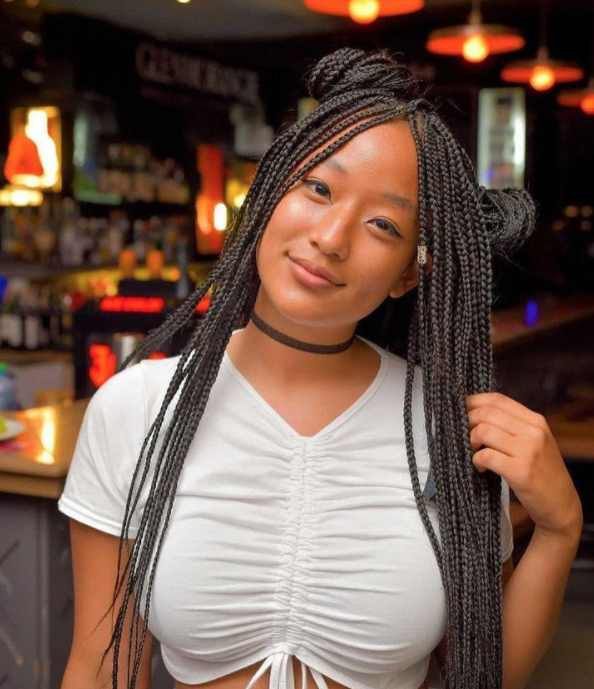 For most students at Wake Forest, answering the question, “Where are you from?” is simple. The answer does not come so easily to Elisabeth Kuguru, though.

Kuguru was born in Nairobi, Kenya, but soon moved to Roswell, Georgia, a suburb 40 minutes north of Atlanta. There, she spent most of her childhood.

In 2013 when her mother began to pursue her Master’s degree in public health at Harvard, her family moved to Cambridge, Massachusetts, and she stayed there for just under a year. Elisabeth would soon return to her birthplace when her family moved back to Kenya, where she attended a missionary boarding school. Elisabeth later arrived at Wake Forest in 2019.

Having traveled so much as a child, Elisabeth thought that she had a pretty good idea of what American life was like. She assumed that she would fit right in at Wake Forest,  that she would be received the same as other students were. This, however, was not the case.

From her first day at Wake Forest, Elisabeth felt as if she did not quite belong. In her journal one day, she wrote, “This is America and the racial divide is real. I’m put in a bubble of what I can be. Like I’m Black, I guess. When I was in Kenya I would never say that [only because it was irrelevant and redundant to say such a thing], but people here look at skin color and nothing else. I don’t really understand Black culture, but I’m going to try my best to understand it.”

Spending the majority of her adolescence in a modest boarding school that indoctrinated all of its students heavily with evangelical Christianity, life at Wake Forest provided a complete culture shock.

Beyond an environment that differed from her education at a missionary boarding school, there was a multitude of things that Elisabeth could not connect with here. She could not relate to the exorbitant wealth many students at Wake Forest were accustomed to living with. Most people in Nairobi did not live such materialistic lifestyles. Further, it was shocking to see the population be so politically conservative. The concept of Greek Life, which is highlighted as part of the college experience, was entirely foreign and difficult to take in, too. Life was much different at Wake Forest than it was back home in Kenya.

The experiences that Elisabeth had in Nairobi are quite unlike those most students here at Wake Forest have had. “There were times when I would return to my room and find that Sykes’ monkeys had stolen my avocados. Sometimes they would wake me up in the middle of the night when I was trying to sleep.

Social life in Kenya was different as well.

I wasn’t allowed to ask boys out on dates. I wasn’t even allowed to watch movies with her friends,” Elisabeth said.

“Instead of spending nights scrolling through social media or watching Netflix, she would sit outside and gaze at the sky, packed with twinkling stars, high above Mount Suswa.

Regarding her interactions with various groups on campus, Elisabeth said that “Arriving in the United States after not living here since I was 12 made me question my true identity. I remember seeing clear racial divides that I was not used to at all. I originally assumed that most of my friends would be white at Wake.”

Elisabeth had other preconceived notions about her experiences.

“It would just make sense. If around 70% of students at Wake were white, then my friend group would probably reflect that statistic,” Elisabeth said.  “I arrived at Wake bright-eyed and excited to make new friends, but soon after arriving, I found myself feeling like an ‘other,’ especially around white students.”

This feeling ostracized Elisabeth, and shocked her, too.

“It was a feeling I had never felt in my life, but I knew I didn’t like it,” she said. “I decided to sit with the Chinese and Taiwanese students, and then I also sat with Black students. Both communities made me feel so much more welcome than any of the white students did, even though both recognized that I was not completely immersed in their culture.”

She continued: “Since this highly racialized institution was not something I was used to, I made a concerted effort to try to assimilate and I found that Black folks were the most accepting. I began trying to understand Black culture, and I think it has paid off. They have been the most patient and understanding community, and I have been able to foster some amazing friendships.”

She also came to learn about many of the misconceptions that students at Wake Forest and Americans, in general, have about living in Africa. One student even asked her if she lived in a hut. It was clear that many people had little to no idea of what her life was like back home, and they didn’t seem to care or want to understand.

Because Wake Forest is a predominantly white institution, there is minimal pressure on white students to learn about different cultures. White students often have the privilege of remaining in the comfort of their own communities and aren’t forced to integrate themselves into groups that are different from their own.

This is frustrating because there is so much to learn from other people. There is a giant world out there, but many people limit themselves because they are disinterested in the beauty and vitality of diversity.

Elisabeth is in her third year at Wake Forest, planning to major in sociology. She is a Resident Advisor at Magnolia, in Global Village and works at the registrar’s office. This summer, she is looking forward to traveling to Singapore to connect with her father’s side of the family. She has a unique passion for understanding different kinds of people and hopes to put that to practice by working with the diversity and inclusion departments of various organizations and corporations.