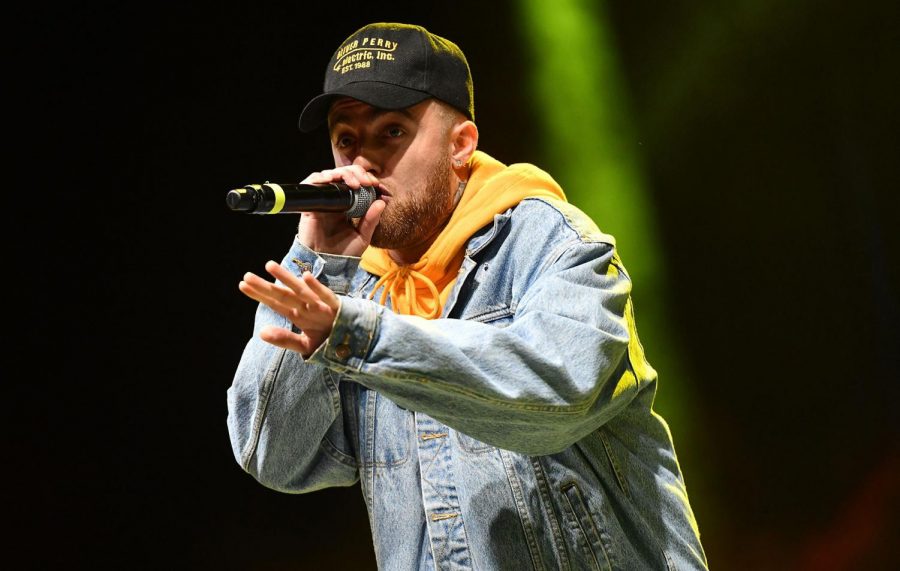 Seven years after the original independent release, Mac Miller’s 2014 mixtape, “Faces”, has officially been re-released on streaming services. Confronting issues of drug abuse, toxic relationships and his meteoric rise to fame, Miller’s theme of introspection on this project shines through, resonating with many of his listeners.

Emerging onto the scene as an 18-year old up-and-coming rapper, it wasn’t long before Mac Miller began accumulating recognition. His debut studio album, “Blue Slide Park” (2011), became the first independently distributed album to top the Billboard 200 charts since 1995. Having been signed to Rostrum records since 2010, he continued a promising upwards trajectory of potential with each new record.

Upon releasing his second studio album, “Watching Movies With The Sound Off” (2013), Miller shifted his sound from an upbeat party-style rap into a more focused and substantial brand of hip-hop. His second studio release gave him greater recognition in the hip hop industry, contrary to the skepticism received from his first release. After touring with Lil Wayne that year, Miller returned to his California home with the opportunity to create for the first time in several months.

Entering a period of seclusion, Miller transformed his pool house into a full-time studio, including a complete set of instruments, designated sleeping areas and even a shower. His studio became his living space for the foreseeable future. Obtaining the name “The Red Room”, the studio was an open space for fellow up-and-coming artists in the So-Cal area. Frequent collaborators included credited rappers and producers alike, such as Earl Sweatshirt, Vince Staples, Thundercat and Ab-Soul. The free-flowing, drug-induced and introspective sphere of “The Red Room” became a vital aspect of the creation of “Faces”.

Mac Miller dove further into his interest of producing that he had slowly been building upon over the prior years. Using the alias “Larry Fisherman”, he began creating music with the sound of a true hip-hop producer. Simple layered drum beats, various uncanny samples, raw basslines and organ chord progressions combined to create a new tone for the evolving artist. His verses became more, rhyme-heavy, philosophical and introspective.

Miller often questions the purpose of what he does and why we, as a society, act in certain ways. Inspirations for his new sound could be linked to fellow collaborator Earl Sweatshirt, as well as the underground hip-hop legend MF DOOM. Miller begins the project with the track “Inside Out”, in which he instantly confronts his drug addiction, saying, “I shoulda died already.” Layering an upbeat horn sample with various symbols and vocal injections, the project is introduced with a sense of hopefulness intertwined with struggle and depression. He continues the retrospective narrative of retrospection on the track “Here We Go”, looking back on what he’s done to get to where he’s at. A highlight of the project comes on the third track, “Friends”, where Mac uses a clever Miles Davis sample, performing a set of verses that asserts himself as an established rapper in the world of hip-hop. A standout line appears on track four “Malibu” — “Kill me now if I did it all for hip-hop, I might die before I detox.” A shocking line that foretells Miller’s tragic future, he admits to himself the true detriment of his drug habits. Later, on the same track, he mentions, “Triple the problems, double the money … I started (messing) with drugs now I’m a junkie.” Further reflection on the harmful side effects of a sudden rise to fame, highlighting the detriment that comes with a rapidly increased flow of income.

While there is too much to discuss in an abrupt review, Mac Miller’s “Faces” mixtape is praised for being one of the purest records released by the artist. The project’s substance leaves little to be desired, with each listening uncovering hidden aspects. “Faces” is widely considered an underground masterpiece, cementing Miller as a prominent voice in the world of hip-hop.