New superhero movie is a stand-out 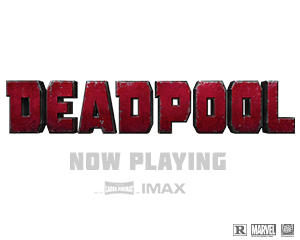 Ever since 2005, Ryan Reynolds campaigned to have 20th Century Fox make a feature-length film about one superhero from their Marvel properties named Deadpool — with him as the lead.

In 2009, he was able to make an appearance as the character in Fox’s supremely disappointing X-Men Origins: Wolverine.

This proved to be a huge mistake, as it was the worst possible rendition of Deadpool in a movie, leaving Reynolds and fans extremely disappointed.

But, fast forward to late 2014 and you’d see Reynolds proudly announcing that Fox was finally going to allow him to star in a solo film as the infamous “merc with the mouth.” It turned out to be a great decision.

Deadpool is a breath of fresh air from the usual superhero movie, primarily due to its R-rating. Deadpool earns the R-rating for its vulgar language, raw violence and occasional nudity.

The writers of the film, Rhett Reese and Paul Wernick, had no fears when it came to making fun of big budget superhero movies, Hugh Jackman’s Wolverine, their own studio and even romantic comedies. The writing makes use of Reynolds’ quick wits and dirty humor, letting the film stand out from any other superhero movie.

Deadpool gives audiences a unique kind of superhero that not only has a nasty sense of humor, but also one who chooses to kill people and lacks the typical “one rule” moral. What the audience loves most, however, are Deadpool’s constant “fourth wall breaks.”

By talking to the audience from the movie about whatever is on his mind, Deadpool is given much more range in how to deliver witty jokes and hilarious pop culture references. Deadpool is easily one of the funniest comedies in the past decade, and it’s not even the film’s primary genre.

Directed by Tim Miller, this debut feature not only has clever and gut-busting humor, but the action is also very well choreographed. The use of long and wide takes during fight scenes is a great relief from the typical action genre’s shaky camera. The scenes are easy to follow, even accented with jokes within the fighting.

The use of computer generated imagery is apparent and noticeable in some scenes where Deadpool is jumping from far away and up high, but it is forgivable due to the smaller budget that this film was given, compared to most superhero films.

In fact, the film cheekily addresses this when Deadpool finds it weird that the only two X-Men we see in the film are Colossus and Negasonic Teenage Warhead (a name Deadpool pokes fun at more than once).

What really makes Deadpool shine is that the plot is a very simple revenge/love story that mainly focuses on the personal journey of the man behind the mask, Wade Wilson.

Wade doesn’t care about saving the world; he just wants revenge for the wrongs that were committed against him — in his own messed up kind of way, of course.

But that is why Deadpool broke records for the biggest Thursday premiere in history last week.

In Deadpool, other Marvel films are viewed from the mercenary’s eyes as laughable pop culture box office smashes. They are entertainment movies, not works of art.

Deadpool tries to make itself a smash while being completely self-aware. What Deadpool does is bring what every viewer has thought to the forefront of their minds.

“Another superhero movie? Great, what now?”

But instead of simply entertaining, Deadpool gives each audience member a memorable experience.

Deadpool isn’t just making fun of the film and superhero industry, he’s laughing with you and enjoying every forced plot point. If you’re looking for a movie that will give you roaring laughs and energetic action sequences akin to Tarantino, I highly recommend you see Deadpool this week.