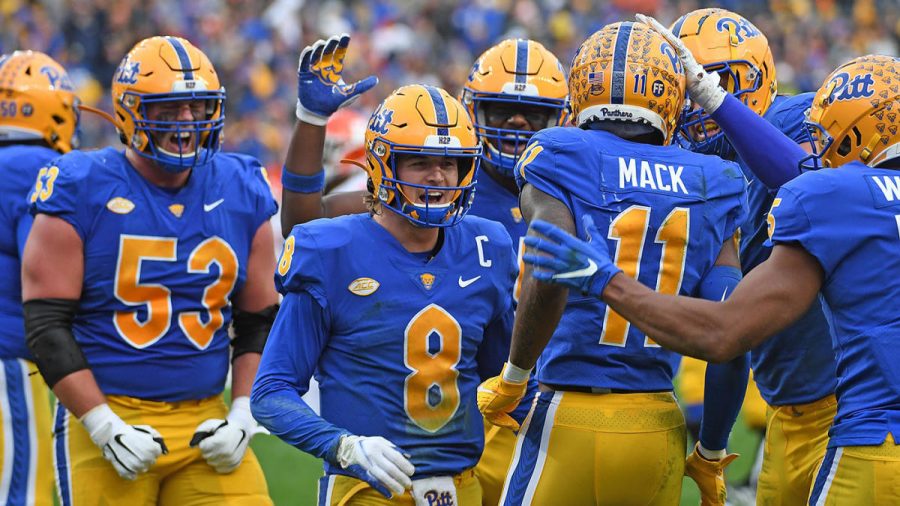 If you told me Wake Forest would put up 70 points on just over 17 minutes of possession I would’ve called you nuts. That was the type of week it was, though, in college football. Headlined by six touchdowns of at least 40 yards on Army’s home turf, and the first Demon Deacon 7-0 start since 1944, this week’s action saw all kinds of history being made. This game turned out to be the highest-scoring game ever for both schools.

Illinois 20, No. 7 Penn State 18
In the first nine overtime game in the history of college football, unranked Illinois outlasted No. 7 Penn State. The fighting Illini survived despite losing their starting quarterback and running back to injury. In the defensive battle, points were tough to come by.
Penn State struck first with a 42-yard touchdown from Sean Clifford to KeAndre Lambert-Smith to end the first quarter. The 24.5 point favorites added a field goal before Illinois halfback Chase Brown rushed in for a one-yard score to cut the deficit to three. The sophomore from London, Ontario averaged 6.7 yards per carry on 33 attempts. He finished with 222 yards and a touchdown, while his counterpart — freshman phenom Josh McCray — notched 142 yards on 24 carries.
The Nittany Lions kept their upset hopes alive on a drive that spanned seven minutes and tied the game up at 10. The defenses for both teams were strong all game — Illinois quarterback Artur Sitkowski threw for just 38 yards with a QBR of 20.7, while Clifford registered a measly 17.8.
Overtime was no cakewalk, either. Needing just a two-point conversion to come out on top, the two teams traded field goals in the first two overtimes. Illinois and Penn State combined to miss 10 consecutive two-point attempts in overtime before Peters found Casey Washington for his first catch of the game — and the biggest of his life — which provided Illinois with the edge in overtime number nine.

No. 10 Oregon 34, UCLA 31
Speaking of history, how about four consecutive carries for touchdowns? Oregon running back Travis Dye became the first running back to do just that, as the Ducks eked out a three-point win over unranked UCLA to keep their playoff hopes alive.
The Bruins capitalized off a pair of touchdowns in the first quarter, one through the air and one on the ground. Oregon answered with touchdowns on consecutive drives to tie the game up at 14. They continued their comeback, scoring on five of their next six drives to make the score 34-17 in the fourth quarter. The game was far from over, though.
UCLA quarterback Dorian Thompson-Robinson — with 14 touchdowns and just three interceptions on the season — responded with a rushing touchdown.
The Bruins cut the deficit to a field goal after Brittian Brown rushed in for a score. UCLA had an opportunity to send the game into overtime following a late interception, but threw one of their own with just 48 seconds left.
The Ducks defense forced four turnovers and had four sacks in the game while allowing just 2.4 yards per carry. It was their fourth win by seven or fewer points this season.

Iowa State 24, No. 8 Oklahoma State 21
Iowa State rallied to upset No. 8 Oklahoma State, ending their eight-game winning streak. The two teams exchanged blows throughout the game, with the Cowboys striking first when Spencer Sanders tossed a five-yard touchdown — one of three on the night — to Brennan Presley. The duo connected once again in the second quarter to regain the lead following an Iowa State score.
Cyclones quarterback Brock Purdy led the team to a 10-0 third-quarter run that provided a 17-14 lead. He would finish with 307 yards and two touchdowns.
Oklahoma State retook the lead midway through the fourth quarter off a 25-yard strike, making the score 21-17. The Cowboys appeared poised to continue their undefeated season and move closer to their first-ever College Football Playoff appearance.
However, Iowa State and running back Breece Hall capped an 85-yard drive with a late score to change the tide. The Cyclones relied on their defense to close out the game. They made two key stops in the final five minutes.
Iowa State head coach Matt Campbell has now defeated every Big 12 team at home and on the road, picking up his 10th career win against ranked opponents. The Cyclones have now won nine consecutive Big 12 games.

No. 23 Pittsburgh 27, Clemson 17
In an all-important game for the ACC, Clemson suffered its worst loss since 2014. The implications were vital for both teams: Pittsburgh moved even closer in their chase of Wake Forest, proving in the process that Clemson isn’t the top dog that they once were.
Panthers quarterback Kenny Pickett continued his Heisman-esque run, throwing for 303 yards and two touchdowns against a premier Tigers defense. The star senior passed for just eight yards in a 2018 ACC title loss to Clemson, but didn’t make the same mistakes this time around. His 879 career completions are a school record, and he is within one touchdown of Dan Marino’s school record as well.
The Tigers struck first on a rushing score from Phil Mafah to close out the first quarter. Pittsburgh responded with a 27-3 run that included a 53-yard pick-six off Clemson quarterback D.J. Uiagalelei. The preseason Heisman favorite completed 12 of his 25 passes for a measly 128 yards and two interceptions. He also lost a fumble. Pittsburgh — now 6-1 and undefeated in the Atlantic Coastal Conference — has cemented itself as a premier threat in the nation led by a decisive and talented quarterback in Pickett.