Bezos, Branson, and Musk begin a space race, ignoring our only frontier 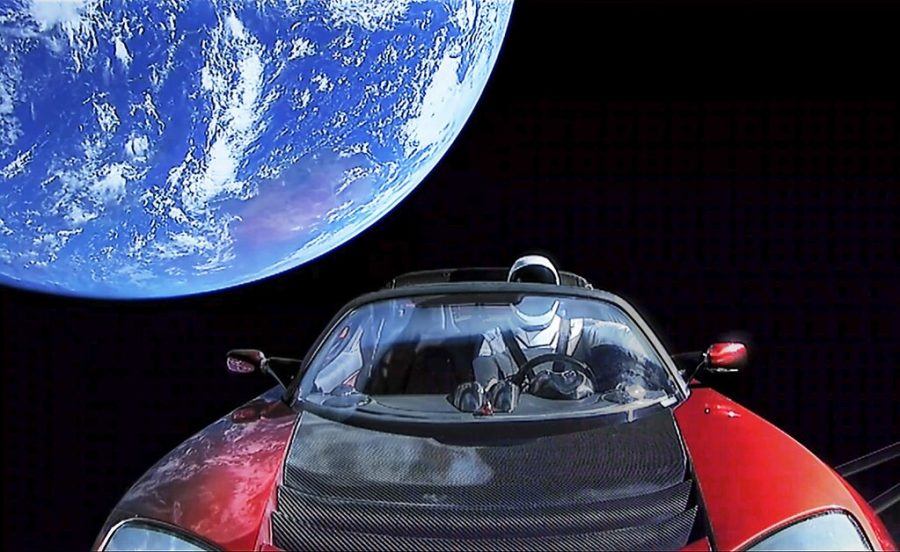 As the great Captain Kirk from Star Trek once said, “Space [is] the final frontier.” This line stuck with me as a child, as I became enraptured with science-fiction shows and books, such as Ender’s Game, Star Wars and Star Trek. I remember seeing spaceships flying from Earth, past asteroids to other planets and worlds. This technology appeared terrifying but exciting. Now, exploring the ‘final frontier’ is not so much a fantastical idea seen in television but presents itself as a striking reality. In the past few years, advancing technology has created a billionaire space race between three key players — Jeff Bezos, Richard Branson and Elon Musk.

This dueling space war’s success has made headway, with Musk sending four non-trained astronauts into space, Bezos’s Blue Origin sending eight people and Richard Branson’s Virgin Galactic rocketing off four other individuals. And this isn’t all. Future plans are underway, with Blue Origin launching a new crew, and SpaceX launching a space mission in 2022 called AX-1.

Space tourism is projected to be a vast market, with Bank of America estimating revenue and market growth up to 2.7 trillion dollars in the next 30 years. The asking price for a special trip for a Space X’s flight is around 200 million dollars, while Blue Origin and Virgin Galactic trips range from $200,000 to $400,000.

While many supporters of space tourism advocate that space is for all, these numbers say otherwise — excluding those who are not part of a high socioeconomic class. This absurd amount of money should be redirected to the maintenance and rehabilitation of communities on Earth, especially since space tourism has caused dire environmental consequences.

My biggest concerns with these recent space exploits are environmental in nature. Both orbital and suborbital rockets are powered by hybrid engines burned by rubber, which can leave clouds of soot in the upper layers of the stratosphere. As more trips are taken, this soot accumulates, increasing pollution levels. Currently, there is not sufficient evidence on the effects of soot pollution caused by space tourism; however, scientists are still concerned about the potential long-term effects.

However, do we want to go there? With the collapse of ecosystems, extinction of animals and ongoing plastic accumulation, is space tourism worth the risks?

Prince William, the Duke of Cambridge, recently quoted that “We need some of the world’s greatest brains and minds fixed on trying to repair this planet, not trying to find the next place to go and live.” I agree with this. Don’t get me wrong, I love space, and I think it’s fascinating. However, if people want to explore technology and evolve, should that desire be spent investing in saving our Earth and supporting future generations? There’s part of me that’s hopeful and excited. Maybe it’s the inner science fiction nerd in me. Space is incredible, and there’s so much to be explored. Maybe one day, we will get to the point as a society where we have the resources and education to travel to the stars safely without damaging our planet. However right now, I believe our focus should be directed downwards from the stars, focused on saving planet Earth.