Previewing the top half of ACC basketball

Duke, North Carolina and Florida State all seem primed for a shot at the ACC Title 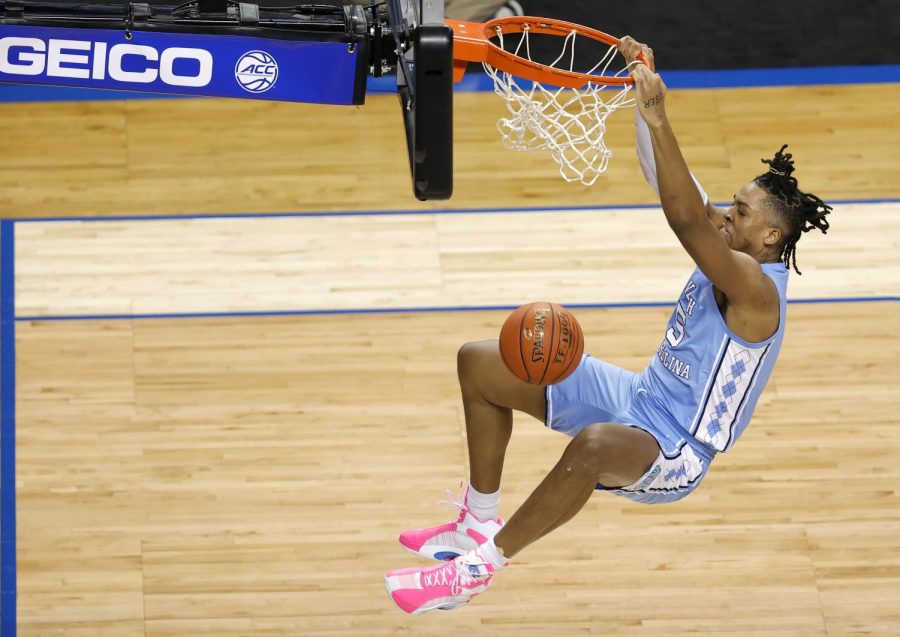 Smooth forwards Matthew Hurt and Jalen Johnson are the two big names that departed in the offseason, but the group still includes guards Jordan Goldwire and DJ Steward.

Moreover, the Blue Devils are locked and loaded with an impressive recruiting class. Expectations are sky-high for Paolo Banchero, the No. 4 overall player in the class. The 6’9” athletic beast could be a top-pick in next year’s draft.

Two more five-star recruits, AJ Griffin and Trevor Keels, round out the core of incoming freshmen. Jeremy Roach and Wendell Moore are back and will be important pieces in the backcourt, and center Mark Williams will look to build on his strong finish to last season. Theo John transferred in from Marquette and will provide depth on the interior.

Duke is stacked with talent, and if Coach K can mesh the pieces, they should be the ACC’s cream of the crop.

New Head Coach Hubert Davis has big shoes to fill following Roy Williams’ departure. The Tar Heels should be a lot better than they were last year — there are certainly some key losses, but there is a lot to love about the freshmen newcomers.

The talented frontcourt of Garrison Brooks, Walker Kessler and Day’Ron Sharpe are all gone from last year. Armando Bacot is back, though, and will continue to be a dominant force down low.

The backcourt duo of Caleb Love and R.J. Davis returns, and both players are expected to take big steps forward. Sharpshooter Kerwin Walton is back, too, along with slashing wing Leaky Black.

This team should be a legitimate threat come March, so the pressure is on Hubert Davis to find success.

Leonard Hamilton has turned this program into an ACC powerhouse in recent years. The losses of lottery pick Scottie Barnes, RaiQuan Gray, Balsa Koprivica and MJ Walker definitely hurt, but Hamilton continues to replenish his team with talent.

Anthony Polite and Malik Osborne are the key returnees who will provide scoring on the wing. Two five-star freshman guards will likely start right away: Jalen Warley and Matthew Cleveland.

Another key backcourt addition is Caleb Mills, a transfer from Houston and absolute bucket getter. The Seminoles also boast three seven-footers (as they always seem to do) in returner Tanor Ngom, JUCO transfer Naheem McLeod and top-50 freshman John Butler.

Don’t expect this team to fall off much from where they finished last year.

Mike Young’s Hokies have surprised in back-to-back seasons, and this is the best team he’s had yet.

The big addition is Storm Murphy, a veteran point guard who reunites with Aluma and Coach Young (they were all together at Wofford).

Murphy could be the necessary piece to elevate this returning core into a season-long top-25 team.

It would be foolish to rank UVA any lower than this with the way Tony Bennett has his teams defend and play smart basketball.

The Cavaliers lost Trey Murphy to the NBA Draft, and all-conference players Sam Hauser and Jay Huff graduated. However, some under-the-radar transfer additions ensure that this roster still has top-tier talent.

Jayden Gardner is an undersized but very tough forward who joins the Cavaliers from East Carolina, and he is my dark horse pick for ACC Player of the Year. Armaan Franklin is a solid and experienced wing who transferred in from Indiana. Floor general Kihei Clark — who seems like he has been there forever — will be an important veteran presence.

The defense will be there, but there are some variables relating to the offensive ceiling of this team.

The Fighting Irish have had a few down seasons and haven’t reached the big dance since 2017. The team excels in its continuity, something not many teams in college basketball can boast.

Interior presence Juwan Durham is gone, but that’s about it. Starters Prentiss Hubb, Dane Goodwin, Cormac Ryan and Nate Laszewski are all back. Hubb was third-team all-conference last season and should be one of the best guards in the ACC this year.

Trey Wertz, who broke Wake Forest fans’ hearts with his buzzer beater in last year’s ACC tournament, is back, too, and will be a key bench piece. Paul Atkinson is a big addition from Yale who averaged 17.6 PPG back in 2019-20. This is an NCAA Tournament-bound team.

Losing the backcourt of Carlik Jones and David Johnson is a tough blow for Chris Mack’s Cardinals, but new talent and some key returnees will keep this team very competitive in the ACC.

Jae’lyn Withers, Samuel Williamson and Dre Davis all have starting experience, and Malik Williams is finally healthy again. The big additions for this team come via the transfer portal; Noah Locke enters from Florida where he established himself as a deadeye shooter.

The backcourt will also be strengthened by Mason Faulkner, who put up big numbers at Western Carolina, and Jarrod West, an all-conference player at Marshall. Junior college All-Americans, El Ellis and Sydney Curry, also join the squad. There are a lot of moving pieces here, so this is an intriguing team.

Coach Kevin Keatts has done a good job with NC State, but the Pack usually struggle to get over the hump and join the top half of the conference.

They lose their leading scorer from last year in Devon Daniels, along with forward DJ Funderburk and guards Braxton Beverly and Shakeel Moore. Cam Hayes and Dereon Seabron are intriguing players who are looking to build off of their solid freshman campaigns.

Center Manny Bates is a defensive anchor in the middle of the floor, and forward Jericole Hellems will push for all-conference honors. Wings Gregg Gant and Casey Morsell transfer in from Providence and Virginia, respectively and will add additional depth. This team has a low ceiling once again, but they will be very competitive nonetheless.