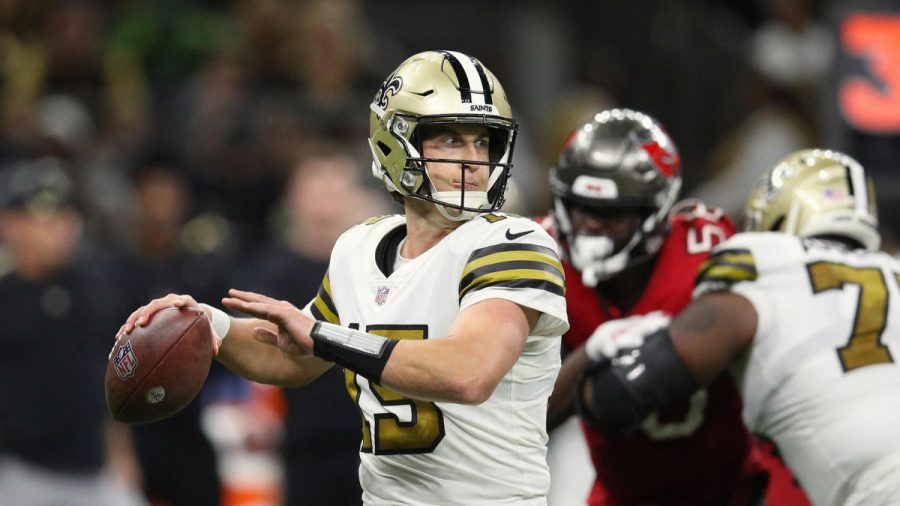 If Week 8 of the 2021 NFL season taught us anything, it is to expect the unexpected, as football fans were treated to a series of gritty underdog victories that came down to the wire. If you didn’t have the privilege of being glued to a television screen throughout your Halloween Sunday, however, I’ve got you covered. Here, we’ll recap the biggest games, players and moments, which encapsulated another thrilling slate of football.

In a game in which the Packers were missing three of their starting receivers, Aaron Rodgers proved once again that as long as he is the one taking snaps under center, his Green Bay Packers can win on any given day. Rodgers (184 yds, 2 TDs) controlled the game through all four quarters, linking up with seven different receivers, while leaning on a heavy dose of Aaron Jones (15 carries for 59 yds) and A.J. Dillon (16 carries for 78 yards) rushes.

The game’s biggest moment came with 15 seconds left in the fourth quarter when a potential go-ahead Kyler Murray touchdown sailed into the hands of Packers cornerback Rasual Douglas to seal the game. Douglas, who was on the Cardinals practice squad mere months ago, proved a deserving game ball candidate as his clutch play spurred the Packers to their seventh straight victory.

In a game with significant implications in the AFC South divisional race, the Titans asserted themselves as both divisional and AFC frontrunners following a comeback victory in overtime. The afternoon started off perfectly for Carson Wentz and company when the first-year Colts quarterback found Michael Pittman Jr. twice in the end zone for the game’s first two touchdowns. The Titans would then go on to score 17 unanswered points, thanks to the chemistry between Ryan Tannehill and player of the game A.J. Brown. (10 REC, 155 yds, 1 TD).

With the game at a 24-24 deadlock and a little over a minute and a half remaining in the fourth quarter, Wentz threw a head-scratching pick-six from his own end zone. After receiving some good luck to help force overtime, Wentz went on to throw another interception in the third series of the extra period to seal the Colts’ fate.

Following a 41-point loss to the Patriots in Week 7, the Mike White-led Jets showed a great deal of resurgence in a closely-fought home contest.  Playing in only the second game of his career, White was magnificent, completing 37 of his whopping 45 attempts, to go along with three touchdowns and two interceptions. The backup signal-caller was also aided by a standout performance from rookie running back Michael Carter, who logged 172 all-purpose yards, including 77 on the ground and a touchdown.

Meanwhile, the Bengals failed to look like a team that came into Week 8 with the best record in the AFC. Red flags for the visitors began on the ground, where Joe Mixon tallied 33 yards on an abysmal 2.4 yards per carry.

The inconsistent running game meant that Joe Burrow had his work cut out for him, leading to season lows in terms of yards (259) and QB rating (34.9). All things considered, the second-year quarterback kept his team in the game with three touchdown passes, and a 31-20 lead with 7:52 left in the fourth quarter.

And then Mike White happened.

Quarterbacks Mac Jones and Justin Herbert were an identical 18/35 on the afternoon, posting 218 and 223 yards, respectively. Both teams matched each other stride for stride until a momentum-shifting pick-six by Patriot’s safety Adrian Phillips with 10:15 left in the fourth quarter gave the visitors a 24-17 lead.

New England kicker Nick Folk would proceed to make his fourth field goal of the game on the ensuing Patriots position to make it a two-score game and put things out of reach once and for all.

Saints quarterback Jameis Winston may have the left the game early, but the New Orleans defense stood tall until the final whistle, recovering a fumble and intercepting quarterback Tom Brady twice. The most notable of these three turnovers was a game-winning pick-six from Saints cornerback P.J. Williams to seal the game and rob the G.O.A.T. of his latest come-from-behind victory out of the two-minute drill.

Backup Trevor Siemian did just enough in relief of Winston, accounting for 159 yards and a touchdown on 16/29 passing. The Saints marched on to a 5-2 record.

Brady got it done through the air, as per usual, going 28/40 for 375 yards and four touchdowns. A weak running game, in combination with three turnovers, simply wasn’t enough to get the job done for a Buccaneers squad that no longer controls its own destiny in the NFC South.