Packed with an A-list cast, the release of "Dune" was highly anticipated 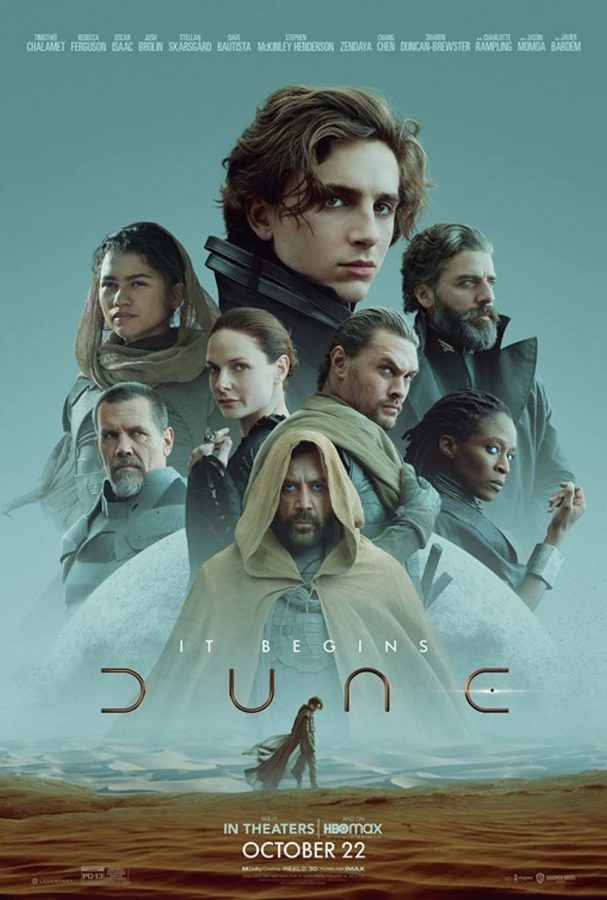 “Dune”, by Frank Herbert, is a book that many considered unadaptable. Several attempts have been made ­­— the most notable adaptation to this point (mostly for its troubled production) was David Lynch’s “Dune”, released in 1984. However, I can say with a fairly high degree of confidence, that this version of “Dune”, directed by Denis Villeneuve, will be the definitive film version of the acclaimed novel. This is only part one of the adaptation, as is explicitly shown in the opening title. It was incredibly enjoyable as part one of a series, but I believe it should have been better advertised to set proper expectations.

Denis Villeneuve has been one of the greatest working directors of the last decade. From “Prisoners” and “Enemy” — two personal favorites of mine — to “Arrival” and “Blade Runner 2049”, Villeneuve has demonstrated an extraordinary ability to give gravity and scale to both small personal dramas and broad science-fiction epics.

The film has a unique aesthetic that allows the viewer to feel immersed in this futuristic world. “Dune” accurately captures both the scale and gravity laid out in Frank Herbert’s novel. A personal critique of many movies and series set in outer space is that whole planets are often condensed into just one town or city. This film makes the planet of Arrakis feel like the all-encompassing desert that it is.  “Dune” is a truly beautiful film to watch on the big screen.

From here on out, the plot of the movie will be discussed so I would highly recommend going out and reading the book or watching this movie first.

“Dune” sets the background of the complex politics of an intergalactic empire. The film opens with the House Atreides being assigned as caretakers of the planet Arrakis, the only planet with spice, an extremely valuable resource. From this sentence alone, it quickly becomes evident why many considered this sprawling epic to be unadaptable.

Paul Atreides — the heir to House Atreides — has been shown to have certain abilities such as “the voice” that his mother taught him.

She has been slowly bringing him along, teaching him the ways of her people. However, her people — the Bene Gesserit — have an ulterior motive to establish this messianic figure as a son of one of these powerful houses. In the transfer of power on Arrakis, the House Harkonnen (the former rulers) lay waste to House Atreides, leaving Paul and his mother to die in the desert.

This movie ends on a fairly incomplete note, promising a more intricate analysis of the idea of a “white savior”, family politics and more. However, this movie really spends most of its runtime laying the groundwork for what’s to come. I would wholeheartedly recommend going out to see this film.