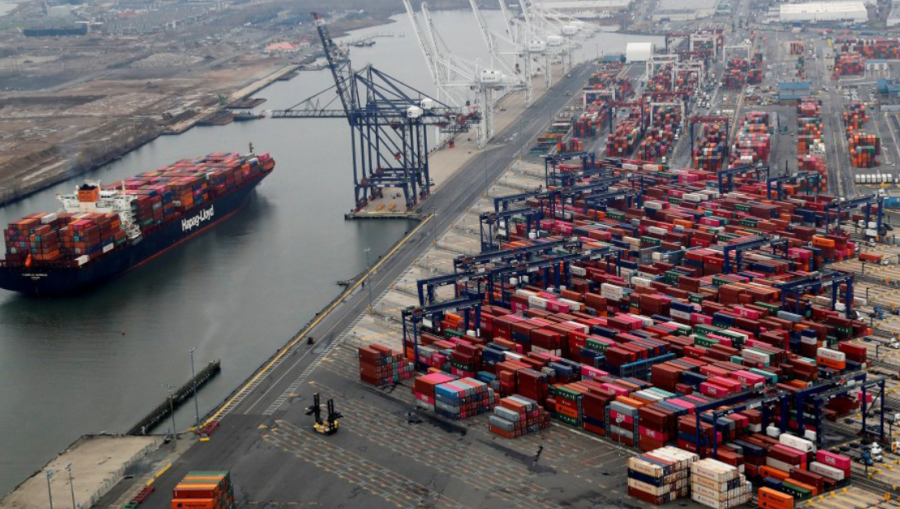 About two weeks ago, President Biden announced his plans to rehabilitate the faltering supply chains by implementing 24/7 operations. As such, those working in transportation, particularly truck drivers, are being forced to work longer hours. However, this situation — and the criticism Biden has received for it — is linked to a much larger issue that originated policies of the Trump administration, which is illustrative of the hypocrisy demonstrated by the Republican Party.

The coronavirus pandemic not only caused a variety of issues for global trade and commerce, but also exacerbated many of the pre-existing ones, including those within the supply chain. U.S. companies have increasingly been outsourcing production, indicating that many products demanded by domestic consumers are imported into the U.S. However, over the course of the pandemic, factories and production plants across the globe were forced to shut down as the virus spread. The resulting decreases in production resulted in the development of many bottlenecks in the supply chain, as there was more demand for products than supply.

These bottlenecks and subsequent delays caused a whole host of other problems. For one, the fact that everyone had to remain in quarantine for months meant that the nation developed a significant dependency upon online shopping. Over the course of 2020, the e-commerce industry made an additional $105.47 billion (Digital Commerce 360).

Still, the combination of heightened online shopping and supply chain delays meant that demand for products far outweighed supply. As a result, prices have skyrocketed. According to data released by The Federal Reserve, inflation in 2021 has increased at the most rapid pace in the past 30 years, rising to 4.3% throughout the year in August alone (it stood at 4.2% throughout the year in July). Moreover, Jerome Powell, the Federal Reserve chair, has stated that the supply chain will likely remain in crisis well into the year 2022. Powell expects consistent inflation.

President Biden has received severe criticism for this issue from right-wing media and publications, particularly Fox News, even though this situation is not his fault.

Television host Dan Bongino referred to Biden as “the Grinch who stole Christmas”, citing the Biden Administration as the cause for delays in product shipping before Christmas. Moreover, these same media organizations and personalities have not acknowledged the steps being taken by the Biden Administration to solve the issue. In July, and again in October, White House officials detailed the administration’s plans to combat supply change interferences.

In addition to the creation of a task force led by President Biden’s cabinet secretaries that will focus on tackling supply chain bottlenecks, the Ports of Los Angeles and Long Beach will be operational 24/7. The task force has also been communicating with private companies such as Walmart, FedEx and Target, which will be adding extra shifts at these ports and ensuring they work during off-peak hours.

The shortage of truckers in the U.S. has only exacerbated this issue. According to the American Trucking Association (ATA), the truck driver shortage is estimated at around 80,000 workers. In addition to this, Biden’s vaccine mandate has caused truckers to go on numerous strikes. Models estimate that this could cause 37% of drivers to retire or leave the industry (ATA).

Biden has continued to receive criticism from Republicans regarding not only the bottlenecks in the supply chain, but also the steps he has taken to attempt to fix the issue. including a scathing statement from former President Trump himself.

“Covid is raging out of control, our supply chains are crashing with little product in our stores, we were humiliated in Afghanistan, our border is a complete disaster, gas prices and inflation are zooming upward. How’s Biden doing,” Trump asked. “Do you miss me yet?”

Ironically, most of the issues within the supply chain stemmed from the Trump administration. For instance, the tariffs placed by former President Trump on about $350 billion worth of goods produced in China have caused American importers to deal with extremely high shipping costs.

Furthermore, Trump fashioned U.S. government policy specifically to make it difficult for China to produce semiconductor chips needed by American automakers to manufacture cars. This included policies such as that which imposed restrictive export conditions on the SMIC. This resulted in the recruiting of help from allied nations to make sourcing more difficult for China.

Although Biden is naively continuing the trade war against China that Trump created, the fact that Republicans (including Trump himself) are now criticizing the Biden Administration for furthering policies that Trump coined exposes the depths of hypocrisy in the rhetoric of the GOP. Whether it is criticizing Biden for policies they supported when implemented by Trump, or blaming the Biden Administration for a global pandemic (the effects of which were exacerbated by the Trump Administration’s inaction), it is evident that Republicans are willing to politicize any issue in condemnation of the Democratic Party.