After losing to North Carolina in the regular season, the Deacs once again fell by a goal 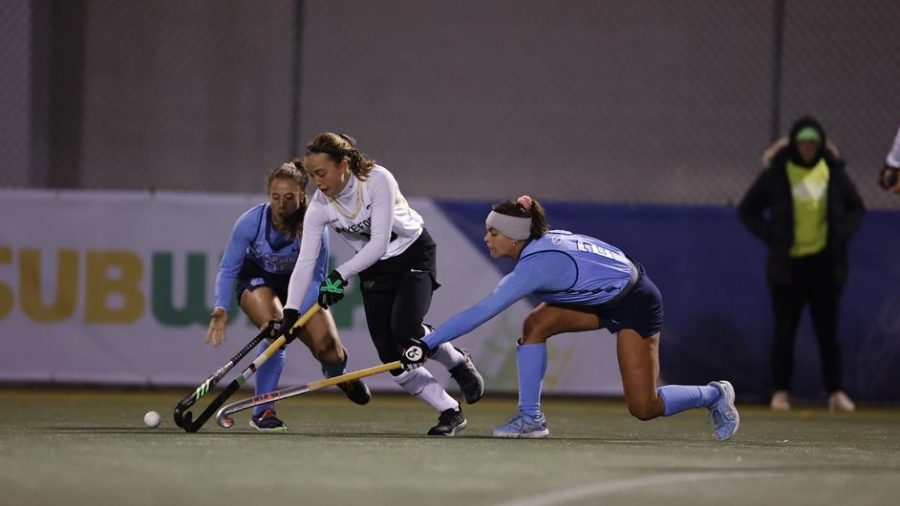 The one-goal loss marks the end of the season for the Demon Deacons.

There’s something about the Tar Heel blue and white against the Demon Deacon gold and black. It’s a rivalry that spans countless sports, one that has been fought for ages. This doesn’t change when it comes to field hockey.

Both ACC and NCAA field hockey run through North Carolina. The Tar Heels won their ninth ACC championship in 2021 — their third trophy in as many years — and tied the most trophy wins in NCAA field hockey history.

No matter the year, one can always count on the matchup to be between two highly-touted — and highly ranked — programs. These teams have squared off six times in the past two years, with the two games prior to Thursday’s being decided by a single goal. The former of those two games was a 3-2 double-overtime heartbreaker in last year’s ACC tournament which ended the Deacons 2020 campaign. The Tar Heels, a perennial powerhouse, were ranked No. 1 at the time.

Ahead of the game, there was no question that it would provide yet another exuberant chapter in a long and storied series.

The Demon Deacons field hockey team — winless against the Tar Heels since 2017 — looked to turn the tide on Thursday, their first round of ACC tournament play.

This time around, the No. 21 Demon Deacons struck first and fast when Meike Lanckohr sent a ball into the top of the circle that sophomore Maggie Dickman put into the net. The Louisville, Ky. native notched her seventh goal of the season — a career-high — just three minutes into the match. She is second on the team in goals this season.

North Carolina tied the score at one in the second period off the stick of ACC star Erin Matson, but Wake Forest was not done. Just 24 seconds later, freshman Ashley Hart dove into the circle and found the back of the net.

The newcomer was given the Best Female Athlete award for the class of 2021 at The Governor’s Academy. She was also ranked a top-50 player in the country by MAX Field Hockey in 2021.

The Demon Deacons maintained their one-goal lead heading into the fourth period of play. Fans watched eagerly as the Tar Heels pressed forward. It was Matson who once again found paydirt with ten minutes left, her goal eventually forcing overtime. North Carolina didn’t look back, as Cassie Sumfest scored on the second short corner of the period.

Alas, for the second time in as many seasons, the Tar Heels provided the fatal blow to the Demon Deacons’ season.

“We had ourselves prepared for this tournament,” said Wake Forest Head Coach Jennifer Averill after the game. “It’s a difficult pill to swallow, but I am unbelievably proud that we saved the best hockey for our last game.”

Despite facing top talent this year — nine ranked opponents and six among the Top 10 — the Demon Deacons found plenty of success. They opened the season No. 11 in the country and went 6-5 in out-of-conference play. Additionally, Wake Forest boosted its resume after topping a pair of ranked opponents, No. 17 Duke and No. 21 UMass.

The ACC consistently boasts premier programs, and while Wake Forest went 1-5 in conference play this season, the team proved that they can hang with the best.