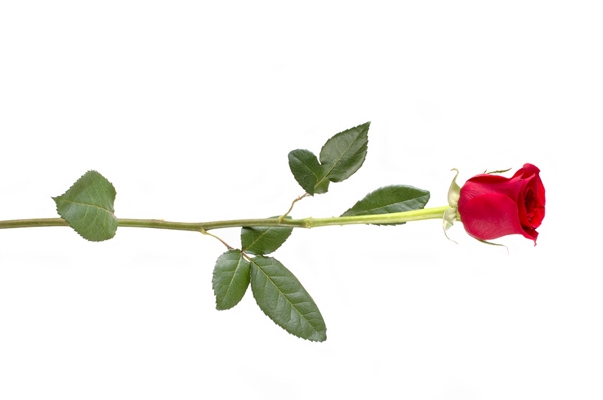 Each week, viewers across the country grab a bowl of popcorn and sit anxiously on the edge of their couches to see who will accept a rose and who will not. With one bachelor, 25 beautiful women and numerous exotic destinations, The Bachelor never fails to entertain.

This season Ben Higgins is on an exciting journey to find his wife. Maybe it’s his handsome looks or his charming personality, but Higgins has proved to be one of the most well-respected and well-liked bachelors in the show’s history.

Every episode is an opportunity for the contestants to travel the world and enjoy extravagant dates.

At the end of each week, those who have not received a rose on their date wait until the Rose Ceremony, where the bachelor decides their fate.

Following this week’s episode, Higgins narrowed his potential brides from six to four. Up next: hometown dates. On Monday, Higgins will visits the hometowns of Jojo Fletcher, Lauren Bushnell, Caila Quinn and Amanda Stanton to meet their families. If you haven’t been following the season, it’s not too late to let Higgins into your heart.

Standing at 5’4” with a personality larger than Texas itself,  Fletcher is a 24-year-old real estate developer from Dallas. She is one of the frontrunners, and Higgins has often said that he feels most like himself when he’s with her. She had her first one-on-one date during the fourth week, and she and Higgins had an instant spark.  Throughout the rest of the season, Fletcher went on numerous group dates, but her connection with Higgins never faltered.

In this week’s episode, Fletcher got her second one-on-one date, and she and Higgins spent some quality time together at Wrigley Field in Chicago.

Under the Wrigley Field stadium lights, she opened up about her past relationships before confessing that she’s ready to give her heart to Higgins. Despite her trust issues, Fletcher feels strongly for Higgins, which she often gushes about in on-camera interviews.

An immediate frontrunner, Bushnell is a 25-year-old flight attendant from Marina Del Rey, California. Bushnell and Higgins had an instant connection, leaving many of the contestants feeling threatened. During the show’s third week, Bushnell accompanied Higgins on an adventurous date riding in a biplane. The following week, the blonde bombshell snagged the group date rose, much to the others’ dismay.

It has been noted that Bushnell receives noticeably more validation from Higgins. She’s had a target on her back, allowing for another contestant to try (and fail) to sabotage her. Higgins was so sure of his connection with Bushnell that he not only offered her a rose, but also invited her on the first one-on-one date in this week’s episode. The couple visited Higgin’s hometown, in Warsaw, Indiana, and discussed the attempted sabotage. They agreed that what was said about her was false.

Caila Quinn is a 24-year-old software sales representative from Hudson, Ohio. The season started with Quinn’s outrageous one-on-one date, where she and Higgins rode in a convertible with Ice Cube and Kevin Hart. Once Quinn and Higgins had some time alone, Quinn opened up about her previous relationship, and the hardships she faced. Higgins and Quinn had a clear connection, so it came as no surprise that she received a rose. Quinn had another one-on-one with Higgins in the Bahamas during week six when they spent time boating in the open ocean before the date took a more serious tone.  He was looking for more substance and depth, and while Quinn gave some confusing answers at first, she was eventually able to open up. Despite the awkward three-on-one date this past week, Quinn still stood out as wife material.

The mother of two, Stanton is a 25-year-old esthetician from Rancho Santa Margarita, California. Many of the women felt that in order for Stanton to stay throughout the season without  her kids, Higgins needed to be absolutely sure there was a real future with her.

Early in the show, she was able to open up about her daughters, and Higgins was confident enough in her to continue to explore their relationship.

Stanton’s first one-on-one date came in week five in Mexico City. He woke her up before dawn, and the two traveled to Teotihuacan for a hot air balloon ride, where she let her guard down even more about her children and their father. Stanton let Higgins know that the father of her children cheated on her, and Higgins reassured her by giving her a rose. Stanton was on the group date this past week and was given the rose. The group date turned in to a one-on-one with him, and Stanton was able to show him her goofier side.

Things will heat up next week as Higgins will be introduced to all of the candidates families. It is clear that Higgins has made connections with all four, but the front runners are Bushnell and Fletcher. While Bushnell has been more vocal about her feelings with Higgins, he has said on camera repeatedly that he feels most like himself with Fletcher.

I would say that the final two contestants will be Bushnell and Fletcher, but ultimately, Fletcher will win Higgin’s heart. Their passion and spark has been there from the start and their relationship seems the most natural.