Facebook’s Metaverse ends reality as we know it

New technology sacrifices privacy for the sake of opportunity 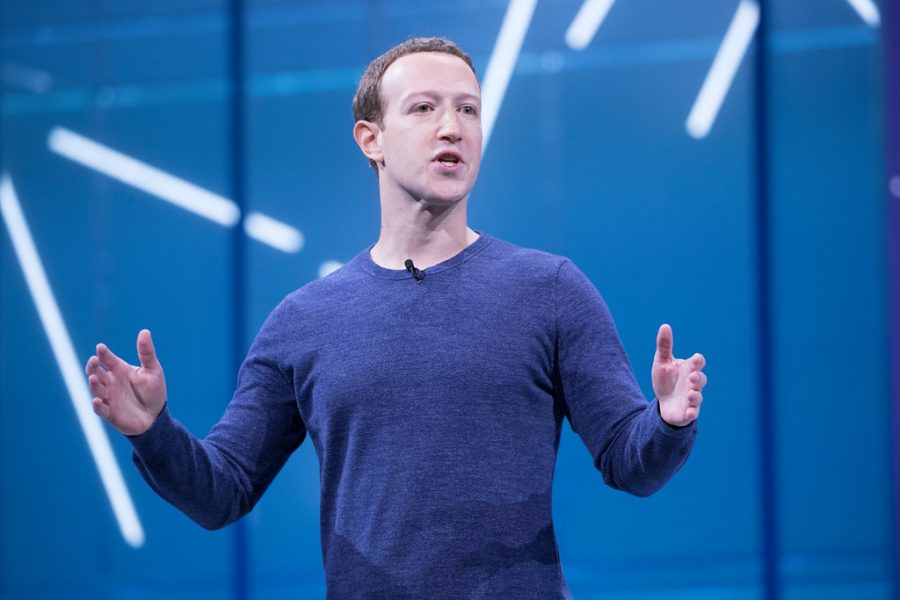 In the beginning, there was the Internet. It was a void — a shiftless, two-dimensional vat into which billions of people poured their lives. Then, as Mark Zuckerberg hovered over the darkness, a spark of light flickered across the depths of his obsidian eyes. The Metaverse was born.

It has begun, as described by venture capitalist Mark Ball in his essay “The Metaverse”, like a world growing across a mostly blank tableau. God — or in this case Mark Zuckerberg and his conglomeration of VR acquisitions — will create the concurrency infrastructure (universe), then the technological standards and protocol (laws of physics) and finally the content (living creatures). The finished product is hardly expected to be similar to that recently shown in the demonstration at Facebook’s virtual rebranding event.

Instead, the Metaverse will represent a maximalist version of the Internet. Zuckerberg believes that it can bring jobs to poverty-stricken areas, sustain our natural environment, re-imagine the way we interact online with others and even stimulate the world economy.

Tens of billions of dollars materializing from nothing, a revolutionized corporate workplace, a potential overhaul of fiat currency, hundreds of millions of lives changed — these are the promises set by the background of Meta’s fantasy world.

But, for now, the next Internet is nothing more than that: a background. I can’t imagine that investors were thrilled when they watched Mark Zuckerberg mechanically pace across a throng of ultra-organic wallpaper. Painfully smooth textures and absurd cake-building games are not the future of human interaction. Working adults do not want to strap into a VR headset to play blocks and imagine that they’re in a spaceship. While imagination may be a wholly childlike attribute, that doesn’t mean its next technological claimant must bend its vision into artless, flat worlds.

What’s more concerning about this Meta-venture is its blatant ignorance of the present. It’s hard for anybody to buy into the notion that Meta will become the sole facilitator of daily life because of Facebook’s massive regulatory failures and the insidious effects of their subsidiaries within the minds of the public.

At the 2021 Facebook Connect Event, none of these issues were mentioned in any capacity. You could take one look at Zuckerberg’s glazed expression and know that the thought of Congress breaking up his empire hadn’t even crossed his mind.

This delusion doesn’t stop at the ignorance of the legal troubles that Meta must now overcome either. In fact, the announcement of the Metaverse seemed quite brazen, considering that Apple, Microsoft and the entire concept of the smartphone stand in the way of successful implementation. No one will want to put anything similar to an Oculus Rift on when they can access everything they want from their cellphone.

The Facebook Connect Event featured intriguing, ordinary-looking glasses that could project holographic images into open space. I was surprised to see this casual inclusion of what will undoubtedly be a groundbreaking new technology. The company that packs a stereoscopic display, computer chips, eye-tracking sensors, holographic waveguides and a power source into a pair of glasses’ frame will have supplanted the invention of the smartphone. The problem for Meta is that we’re at least a decade away from that kind of innovation.

I am optimistic that there will be resistance to whatever form the Metaverse takes, though some part of me knows that I will ultimately be disappointed. Zuckerberg is hoping that people will want to jump into the void, rather than simply looking into it, and he is most likely right about that. It is a calculated gamble — an anguished struggle for control, veiled by the illusion of improved technological efficiency and increased opportunity for everyone.

The tragedy of social media is that we ignore its detrimental effects. The rate of individuals reporting symptoms consistent with major depression in the last 12 months increased 52% in adolescents from 2005 to 2017, and 63% in young adults ages 18 to 25 from 2009 to 2017, per the American Psychological Association (APA).

In spite of the fact that approximately two-thirds of Americans believe that social media has a negative effect on the current state of the country (Pew Research Center), we have made no substantial efforts to reform this technology.

I can’t see how an Internet that occupies your entire reality for hours at a time would improve any of these problems, nor do I expect Meta to responsibly use VR technology, which has the capacity to track most of your bodily movement and even your brainwave patterns. Regardless of the Metaverse’s potential harm, none of this information will be of sufficient concern for consumers — spurred on only by progress — and maybe it shouldn’t be.

Perhaps we must sacrifice both privacy and mental capacity for the sake of opportunity and efficiency. It seems now more than ever that the choice between realities is no longer available. We might have already made it.