Youngkin’s victory is more than an anomaly 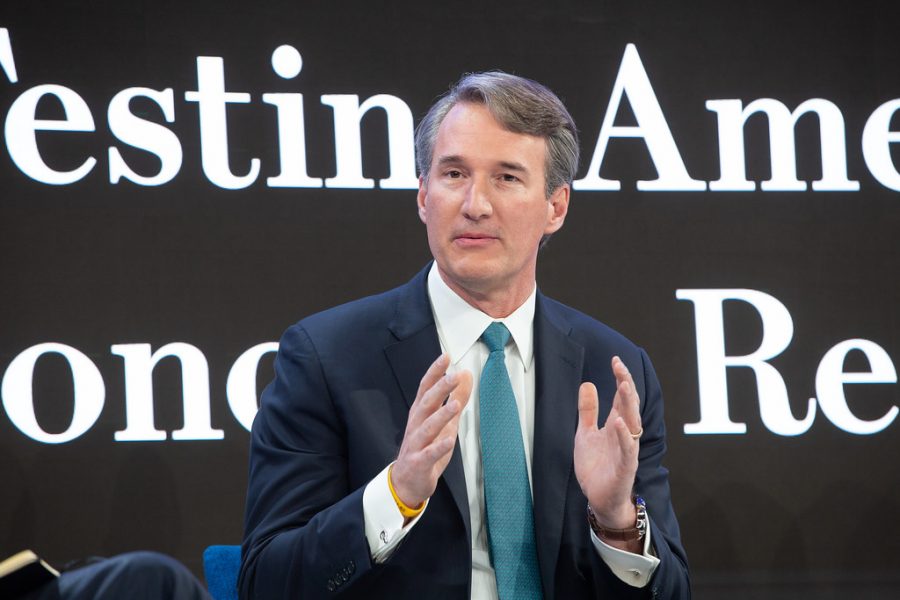 On Tuesday, Nov. 2, Republican nominee Glenn Youngkin defeated Democratic incumbent Terry McAuliffe to become the next governor of Virginia. A former businessman, Youngkin became the first Republican elected to a statewide office in Virginia since 2009, winning by a slim margin of two points.

The race was described as a political upset, as McAuliffe had led most polls until the closing weeks of the campaign. Moreover, the state as a whole had become increasingly Democratic over the past decade, last year going for Biden by over 10 points.

After considering this context, the questions arise: how did Youngkin pull off a win in a trending blue state? Can this success be replicated for Republicans in other states (or on a national scale)? Is this a stand-alone case, or is it a predictor of what is to come in the 2022 midterms and the 2024 election?

As a businessman, Youngkin focused part of his campaign on a more business-friendly economy and lower taxes. While topics such as Trump and abortion were touched upon, the general campaign became focused on two key issues: the effects of COVID-19 on Virginia (and its resulting mandates and restrictions) and the state education system.

McAuliffe supported the recent mandate by President Biden which required vaccinations for federal workers, employees of larger companies and contractors. Youngkin, though, was skeptical that Biden had the authority to make such a mandate, and instead supported getting the vaccine as a personal decision.

While McAuliffe accused Youngkin of “anti-vax rhetoric,” he also came under fire for continuing to spread false statements about COVID-19, such as when he inflated the number of state cases. Ultimately, the two agreed that people should get vaccinated, only differing on if it should be a personal choice or a mandate.

Schools in Virginia were also a focus throughout the campaign and was a topic more emphasized by the Youngkin campaign. The pandemic has resulted in the closing of state schools and a mixed approach to reopening, though the factor that captured most of the spotlight was perceived changes to the curriculum.

As a result, Youngkin made inroads with suburban voters (several of which have trended more Democratic during the Trump presidency), and also among rural and urban voters. He narrowed the gender gap, and made inroads with minority voters, ultimately returning several former red areas back to the Republican column such as Prince Edward County and Virginia Beach.

Throughout the campaign, McAuliffe called Youngkin a “Trump wannabe,” who had endorsed the former President but then distanced himself during the campaign, and was even absent during a Trump-sponsored event.

Youngkin appears to have found a possible path forward for the Republican Party in a post-Trump era. Even though the former President still has a strong grip on Republican voters (with a clear majority ready to support his potential 2024 nomination, including Youngkin himself), Youngkin was able to successfully balance past support for Trump to maintain rural voters, while also focusing on economic and school issues, allowing him to maintain and regain suburban and urban voters.

It’s easy to view this as an outlier in a more Democratic trend of the state or nation, but in the same night, Virginia also elected a Republican Lieutenant Governor (also the state’s first Black female to hold the position) and a Republican Attorney General (with the House of Delegates resulting in either a Republican flip or a tie). Additionally, traditionally blue New Jersey’s incumbent just barely won re-election in a race that was much closer than expected. There, the state senate president lost his position to an unknown truck driver after 44 years of Democrat re-elections.

It’s easy to dismiss these instances as flukes for Democrats, but it’s dangerous for Democrats to do so. When a trending blue state and a solidly blue state have either Republican flips or near-flips, something clearly isn’t working.