Feminism is attained through progress, not perfection 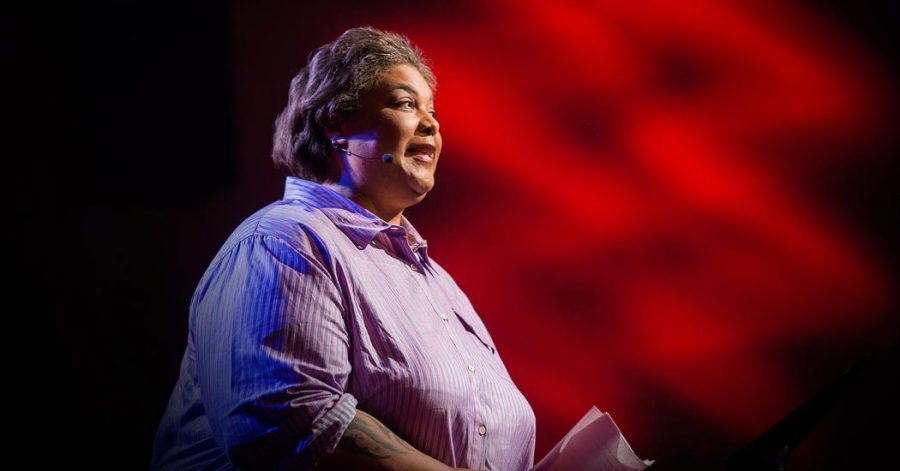 Last week when I was aimlessly searching the internet to procrastinate doing my homework, I came across a TED Talk titled “Confessions of a Bad Feminist,” given by Roxane Gay. In her lecture, Gay said she was originally worried about being labeled as a feminist because she viewed the term as an accusation leveled against someone who “doesn’t play by the rules, expects too much, and thinks far too highly of themselves.” Gay also addressed the idea that mainstream feminism ignores the needs of women of color, working-class women, queer women and transgender women.

All in all, Gay conveys several very important messages about feminist culture and how there is not one definition of what it means to be a feminist. I highly recommend watching this TED Talk if you can find 11 spare minutes throughout your busy day.

Personally, Gay’s TED Talk drove me into a mental spiral. She discussed how she listens to rap music that is wildly degrading to women, enjoys fashion and the color pink, loves romantic comedies and “The Bachelor” and firmly believes in “man work” such as trash removal and lawn care. Does fitting into the stereotypical outline of a “woman” make someone a bad feminist, I wondered? Am I supposed to defy societal convention and hate the color pink, dressing up and makeup, too? Should I rid my Spotify playlist of songs that are clearly degrading to women?

I’ve struggled with these questions ever since watching Gay’s video. I proudly boast the label of a feminist — I am one who believes in complete equality for women and I advocate for women’s rights with the loudest voice I can muster.

Although I can safely say that I am a feminist under this definition, I often wonder if I am not doing enough. I wonder if some of the behaviors I engage in make me less of a feminist. I like to wear makeup and crop tops when going out. I blast rap music that sometimes contains horrifying and inglorious descriptions of women. And yes, I would rather ask a man to kill a spider in my room than do it myself. Does this make me a bad feminist?

It’s difficult to answer my question, but after contemplating for hours on end, I’ve begun to rid myself of the guilt that I leveled on myself for engaging in what are seemingly “non-feminist actions.” I am guilty of dressing up to appeal to the eyes of men.

I am guilty of posting pictures on Instagram hoping for some feedback from the male gaze. I wish I could say that I always do my makeup and dress up just to feel good about myself — which is sometimes the case — but I would be wrong. It’s evident that much of rap culture hypersexualizes women, yet I still listen to and engage with these songs.

Although these actions certainly seem to counter the feminist movement and lift women out of patriarchal society, I don’t think women should feel bad for engaging in such activities.

We have been socialized to believe it is our duty to appeal to men, and it’s hard to remove such a belief because it has been ingrained in our minds since we were adolescent girls. I could sit around and be ashamed about my “anti-feminist” actions, but that would only serve as an obstacle to improving myself. Perhaps I could focus more on dressing up to feel empowered, rather than to feel attractive in the eyes of men — but that’s not a mental shift that I can make in a matter of seconds.

We have grown up in a world in which we are surrounded by advertisements that oversexualize women. The media tells us what we should look like and wear so that boys will like us, what toys we should play with and what activities we should engage in to be good “women.”

As such, I am filled with guilt whenever I reflect on the stereotypes that I follow. My feminist ideals have caused me to believe that I should condemn all the social norms that girls are supposed to follow. But how am I supposed to change my agenda to fit every outline of the “perfect” feminist? How can I undo the socialization that has caused me to develop into the person I am today?

It’s okay to feel guilty about things that may seem anti-feminist, but I don’t think these choices make us bad feminists. As long as I continue to advocate for women and learn more about what I can do to help the feminist movement, I will be a feminist.

Although we can always become better feminists, what matters most is self-progress. It may take a long time for me to learn to dress up for myself rather than to appeal to men, but what’s important is that we recognize why we take these actions and do not blame ourselves for taking them.

I am not a perfect feminist, I am still learning what else I can do to become a better feminist — and that’s okay.