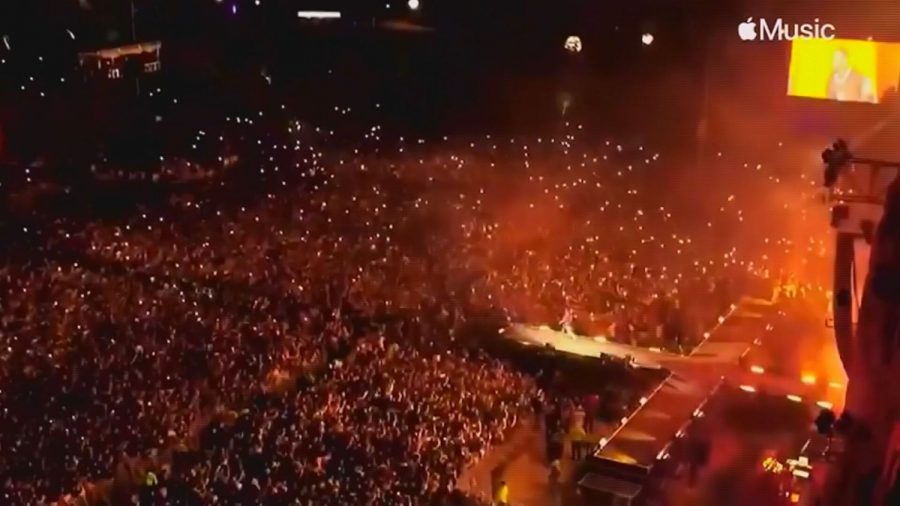 Astroworld. A word that was once associated with commercial and artistic success now reminds people of tragedy.

Friday, Nov. 5, marked the first day of the Astroworld Festival. In his hometown of Houston, Texas, Travis Scott performed for over 50,000 fans. By the end of the night, eight of them were killed, and many more severely injured.

Many like me, woke up the following day anticipating videos of a festival we all wished we had attended. Instead, Instagram overflowed with accounts of an experience that none deserved.

On the day of the concert, fans were rushing the metal detectors by 2 p.m., indicating a lack of order from the get-go. The sheer number of fans made it impossible to maintain control of the event. Entertainment companies consistently prioritize overcrowding festivals over the safety of attendees in order to reap more profits. So far, the only response from the entertainment company that hosted the event, Live Nation, has been a refund of all tickets. $300, though, does not even begin to make up for the physical and psychological trauma of the night.

Many described being unable to breathe and being pushed up against barriers designed to ensure the safety of the performing artists. Videos surfaced of fans in the crowd climbing backstage, begging security to stop the show. Unconscious concertgoers were trampled while others gave each other CPR — a procedure that the medical staff was not trained to perform.

Too many people packed in NRG Park with insufficiently trained medical personnel is dangerous. Not only does this leave such procedures to be executed by civilians with inadequate skills, but it also reflects a lack of care.

Travis Scott and Live Nation, among other defendants, are being sued for negligence. Additionally — and some might argue more importantly — Scott is being attacked for indifference by his followers worldwide. The artist took to Instagram and Twitter to express his sentiments.

“I’m absolutely devastated by what took place last night … I am committed to working together with the Houston community to heal and support the families in need,” Scott said.

In response, many have pointed out Travis’ previous statement in 2015 at a Summer Jam concert in New Jersey regarding the security between the fans at the stage: “There are more of you than them,” Scott said. He was arrested that summer at Lollapalooza after encouraging fans to climb over the barricades and onto the stage.

Then, at Astroworld 2021, Travis told his fans to make the ground shake.

While many choose to blame these antics for the discord at the Astroworld Festival, it’s these same antics that make Scott’s concerts a magnet for teens everywhere. Regardless, the outrage is beyond justified — we must acknowledge the pain hundreds are experiencing and support the families who lost loved ones.

However, what I can’t support is the unfounded criticism of the rap industry.

In 1979, a WHO concert in Cincinnati resulted in 11 deaths. As a result, general admission seating was banned in Cincinnati, a reminder of the chaos that occurs when hip-hop music and crowds coincide. In 2004, that ban was lifted and events like Coachella and Lollapalooza rose in popularity. Still, for far too long, hip-hop and rap have been scrutinized for being too violent.

One music genre is not to blame for the tragedy that took place at Astroworld this past weekend. This outlook reeks of racial prejudice and takes pressure away from corporations and concert organizers.

In the past couple of years, the limited injuries at Live Nation events do not excuse passive security at the Astroworld festival. When fans at NRG Park knocked over metal detectors at the Playboi Carti concert just last month, it should have been a sign that more extensive measures were needed — like a medical staff who are qualified to do their jobs.

Insurance experts told Rolling Stone that Astroworld will likely make it harder for hip-hop and rap festivals to get insurance, but this only adds to the problem. Event organizers need to be held criminally responsible. These instances cannot be forgotten after the defendants settle. When families send their kids to concerts, they shouldn’t have to wonder if they will come home afterward.