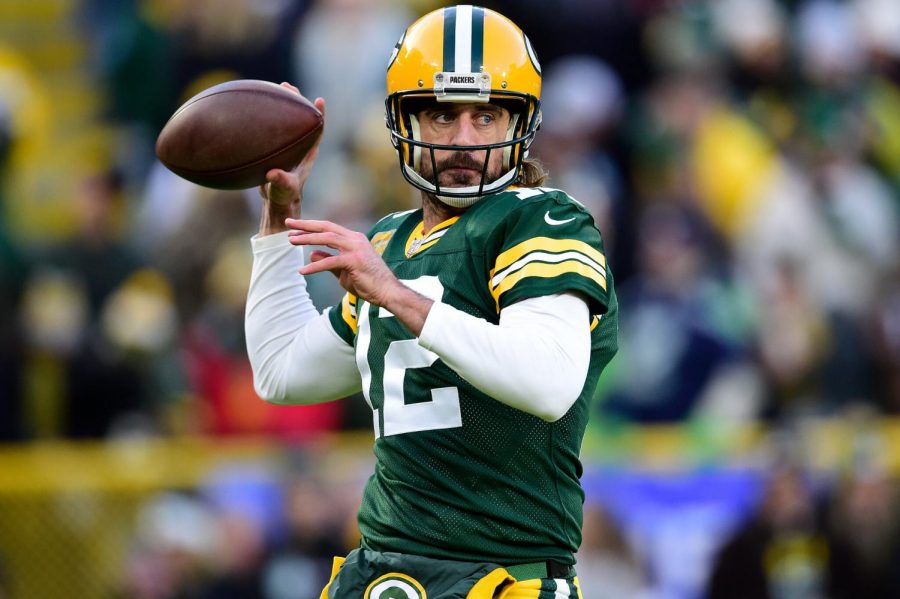 It seems that lately, a lot of people associated with the NFL have been receiving media attention for their behavior off the field. Recently, countless reports of spousal abuse, substance use and discriminatory actions have gained national attention. Now, Green Bay Packers quarterback Aaron Rodgers finds himself in the hot seat for lying about getting the COVID-19 vaccine, and I found myself asking if we should cut him some slack.

To start off, I learned that the reason Rodgers declined the vaccine was, according to him, because of an allergy to the Pfizer and Moderna mRNA vaccines (which the CDC says is grounds for not taking it). But, what about the Johnson & Johnson vaccine?

According to Rodgers, he declined the J&J vaccine for its reported negative health effects as were discovered in the spring — these later turned out to be benign, with the FDA reauthorizing it after an 11-day moratorium. Rodgers said he consulted with his doctors and found that, due to his overall healthy nature and the unknown health risks associated with the COVID-19 vaccines, it was in his best interest to not get the vaccine.

Before we get into the logical and moral implications of this decision, the other aspect of this controversy that is causing confusion is that apparently, Rodgers lied.

When asked in a press conference in August about his vaccination status, Rodgers said that he was “immunized.” What he meant was that he was receiving treatment from his personal doctor in the form of monoclonal antibodies, ivermectin and other homeopathic vitamins and supplements. If this sounds familiar, then you may be a listener of Joe Rogan, who is constantly espousing these treatments for COVID-19 as opposed to vaccines.

So, knowing all this, is Aaron Rodgers in the wrong? It is my opinion that he is not. Rodgers was making an informed choice about his own body and did not want to face the scrutiny that comes from a culture that seldom respects individual autonomy.

I am not an anti-vaxxer, nor am I a disbeliever in a disease that has killed millions. However, there is science that backs up that, if you are a healthy person who takes good care of your body, then you are better able to fight off COVID-19. There are also numerous anecdotal examples of adverse effects of the vaccines. This makes getting the vaccine a cost-benefit judgment that can be difficult to make.

If you are someone who suffers from a medical condition or does not feel healthy (which I recognize can be a subjective experience), then you should definitely get the vaccine. After all, these examples of negative effects are extremely rare. My issue, though, is that the negative effects of COVID-19 on someone like Rodgers are also extremely rare.

But, what about the risk of transmitting the virus to others? This is where I start to digress from Rodgers’ perspective. Still, I must say that what he puts into his body is his choice. Also, if everyone around him is healthy and/or vaccinated, then he should be fine, right?

Still, it is a complex moral issue that should be left up to individual people unless the government or your employer finds that it is within their best interest to mandate the vaccine.

I must touch on Rodgers’ supposed “lying”, too. I’m not going to sit here and say Rodgers did not intend to mislead people into thinking he was vaccinated because immunization typically connotes inoculation. While ivermectin and monoclonal antibodies are treatments that do not get enough credit for the protection they provide against COVID-19, these alternative methods require a lot more research regarding their effectiveness and are not yet a suitable substitute for the known success of vaccines. Simply put, Rodgers did lie and we shouldn’t forgive this.

I will say, however, that I empathize with Rodgers in a way. I chose to get the vaccine despite being young and healthy, but that was my educated choice. Rodgers simply made a different, yet still educated decision. He wanted to avoid backlash by lying, and instead focus on his performance on the field. But, it seems that he was unable to do so.

Unfortunately, our society is one in which people tend to yell instead of converse. After all, this is a society where Twitter is seen as an acceptable place for debate. Anyone whose opinion falls outside of the mainstream media, like Aaron Rodgers’, will be put in a position that I do not envy.