Unpacking the struggles of class, assignments, due dates and campus life 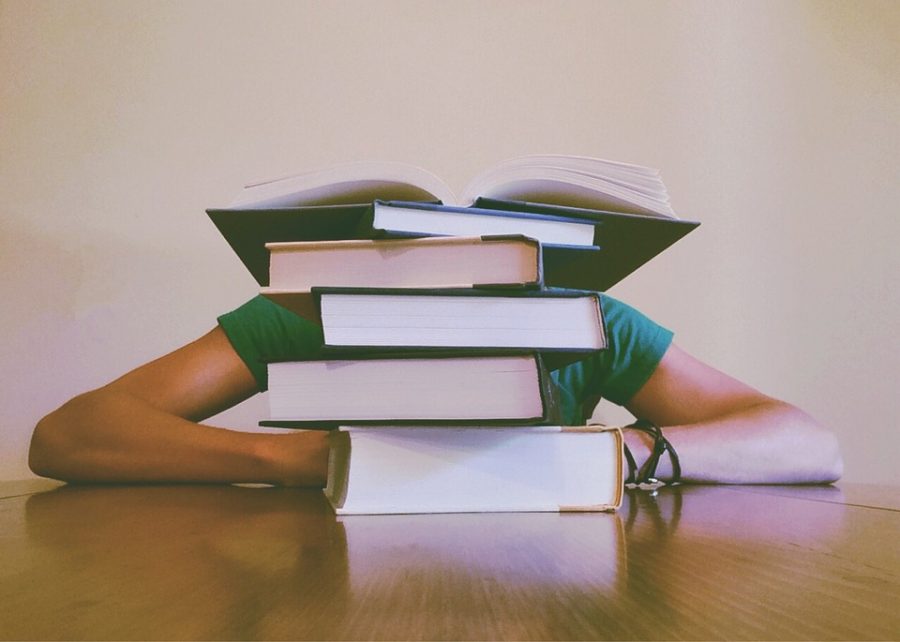 The enjoyment of campus life in the fall can be tarnished by the abundance of assignments that pile on, adding to students' stress.

“Be afraid and do it anyway.”

This is cliché. Who would actually accept this as their motto? Me — I used to feel this way prior to my experiences at Wake Forest.

This sentence is much easier said than done, at least when it comes to being fearless toward life and study at “Work” Forest. Everything — EVERYTHING — is so often scrambled up (like the morning eggs at the Pit), and we often feel totally out of control.

Due, Due, DUE! We study from the moment we open our eyes to the second we close them. Every day is saturated with a to-do list, and those plans often go up in flames when extra work pops up.

Subjects we signed up for pleasure turn into ones that cause feelings of stress. Yet, we still forge ahead even though the growing pile of assignments and associated stress point towards our general acceptance that, “this is college life.”

Facing these obstacles, my mother often tells me to use my past experiences of combatting challenges as yardsticks; As such I will feel less overwhelmed the next time I encounter hardship. I keep her words close during times of stress and hardship.

But, I hadn’t achieved this until recently because, as long as I am in China, no matter how independent I am, I will neither be alone nor lose support from my family.

This means I still cannot see myself overcoming distress and balancing the ups and downs, not to mention inspiring myself and making a leap.

The sentiment, “We can only depend on ourselves on campus or in America,” sounds miserable, especially for international students who choose to trek a long way into the U.S. at the expense of being homesick. But, now, we finally get the chance to validate our struggles — we oversee the process of defending those pains that we once felt too suffocating to hold on to.

One of my struggles involves gathering responses for an interview in my journalism class, a small task that resulted in a lot of stress.

Some professors don’t even respond to my rapid-fire email requests for an interview. One manager at the Pit said they could not respond and The Office of the Dean of Students had the same answer. I was rejected over and over.

Being rejected thrice is hard. My feeling of frustration on that day may strike a chord with any of you who have been turned down in college applications or have ever dealt with self-doubt or thought, “Why don’t my efforts pay off?” after receiving a low test score without a curve.

A certain day on campus can spiral out of control if the aforementioned frustrations pile up — and something as simple as a single sock lost in the laundry room could ignite everything. But, what I’ve learned is how to rejuvenate myself by quickly coming up with and shifting to a plan-B. Try not to linger on the origin of the issue and simmer with depression. Let it pass.

What I told myself after the three rejections was, “It doesn’t matter. If I get rejected, I get rejected.” But, this also meant I would need to be brave enough to randomly walk up to strangers at the Pit, greet them and interview them.

At that moment, like many times in my life, I chose to challenge myself. I could feel a knot in my heart, entangling me in a state of limbo regarding whether or not to follow through. But, once I decided to push myself forward, the knot was pushed down. When it came to me really taking the step and walking into the Pit, I knew I had already succeeded, no matter the final result.

It seems like, even though we complain and vent about school life and expect care and understanding from others, we can get everything done ourselves. However, the process we go through might bite us and hurt us, too.

So, to others and myself, I don’t like to say, “It wasn’t a big deal last time” after I’ve accomplished new, bigger challenges; After all that was the most difficult challenge I had faced at that time. Only later, when I have grown to the next stage, do I realize how meaningful the growing pain was.

Don’t say you are getting used to the hectic school life, and don’t say you are paralyzed by how often one assignment comes in tandem with another. Instead,  know we are building energy — every time we build the dam higher, we can hold more floodwater whenever it returns.

Softness is not fragility, it is resilience. May the light on your way be illuminated.