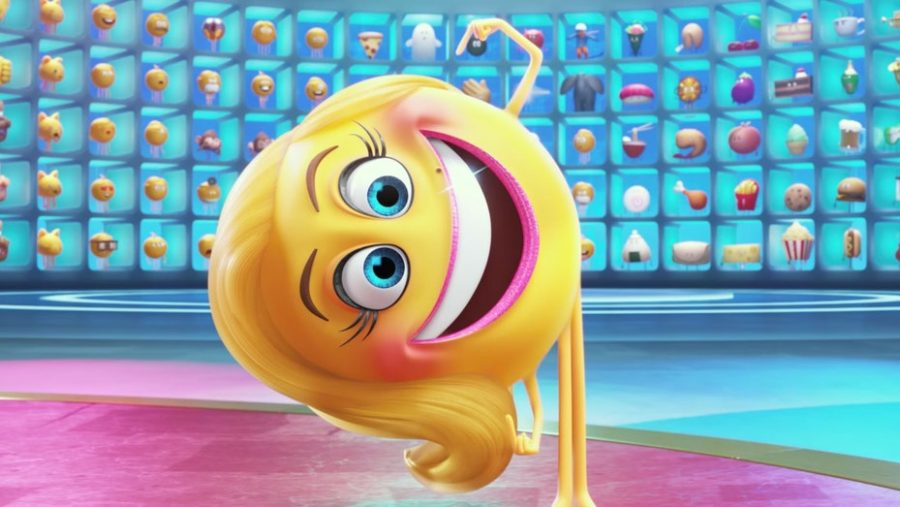 Columbia Pictures’ “The Emoji Movie” was harshly received — to say the least — by the five-and-older demographic upon its initial release back in 2017. It received a 7% on Rotten Tomatoes and a score of 3.3/10 on IMDb, likely for its reliance upon poop jokes and Internet tropes to keep the dialogue moving along. However, there remains a hidden evil within the film that is far more treacherous than simply lackluster screenwriting.

Nearly every aspect of the Emoji Movie is tailored to the westernized perception of communism, creating a deceitful and malicious allegory that seeks to brainwash unsuspecting youths everywhere. From the oppressive red bots that resemble the secret police of the Soviet Union to Smiler,  the fierce and cruel dictator that aligns with the depictions of many communist leaders in the 20th century, there are allusions to textbook Red Scare pillars throughout the film.

The citizens of Textopolis are divided into two categories: the ‘favorite’ emojis, which enjoy VIP treatment and the privilege of their own private lounge, and the rest, or the ‘normal’ emojis. This class structure loosely parallels that of the wealthy aristocracy and the peasant working class which has come to define communism in so many people’s minds.

Gene, a “meh” emoji, is the face of this propaganda and the embodiment of American exceptionalism and individualism. He’s not like other boys. He’s weird. He doesn’t quite “fit in” — and he doesn’t want to “fit in.” Gene is incapable of keeping his ‘meh’ face active at all times, which gets him into serious trouble within the world of the phone.

Because Gene cannot do his job properly, he disrupts the life of Alex, the owner of the phone in which he works. His tomfoolery and funny business go so far that Alex schedules an appointment to have his phone wiped clean. Smiler, in a heroic effort to save her constituents from this mass extinction event, sends her bots after Gene to have him erased.

In the end, Gene saves the day because of his unique abilities as a malfunctioning emoji. Textopolis rejoices at his quirks and absurd facial expressions, but no one goes on to ruminate upon the fact that Gene was the one who put them in such danger in the first place.

Textopolis was a happy, thriving community before Gene decided to pull that malarky, and now the entire society has been thrown into political turmoil and unrest. No amount of dance parties can rationalize the fact that there is no form of government or organization in play to keep order. I dare venture to guess that Textopolis is a post-apocalyptic wasteland as we speak.

Furthermore, Gene is credited with helping Alex court his crush, Addie, and take her to the school dance. This is simply utter defamation to my boy Alex’s character and abilities. Not only does Alex have curly-wavy brown hair, but the kid can also seriously spit game. That is, at least, when Gene isn’t mucking things up for him.

In every epoch, the art which society upholds always reflects the ideals of that society or a reaction to it. “The Emoji Movie” is no different. It is simply a fairytale of the magic and splendor that awaits those in a free-market society. It brainwashes our youth into believing that their lives are more important than others — that being unique is all that matters in life. It throws away values of camaraderie, community building and equality. It holds up the American ideal as someone who cares only about themself, and maybe a few of those closest to them, and no else. The American hero who challenges authority because of an inclination towards contrarianism, not because it’s for the good of everyone. It’s really no surprise that just a couple of years after the premiere of “The Emoji Movie”, we all sat in front of the TV and watched as the Capitol building was vacuously stormed and ransacked.

In short, “The Emoji Movie” is a bunch of neoliberal bull****.