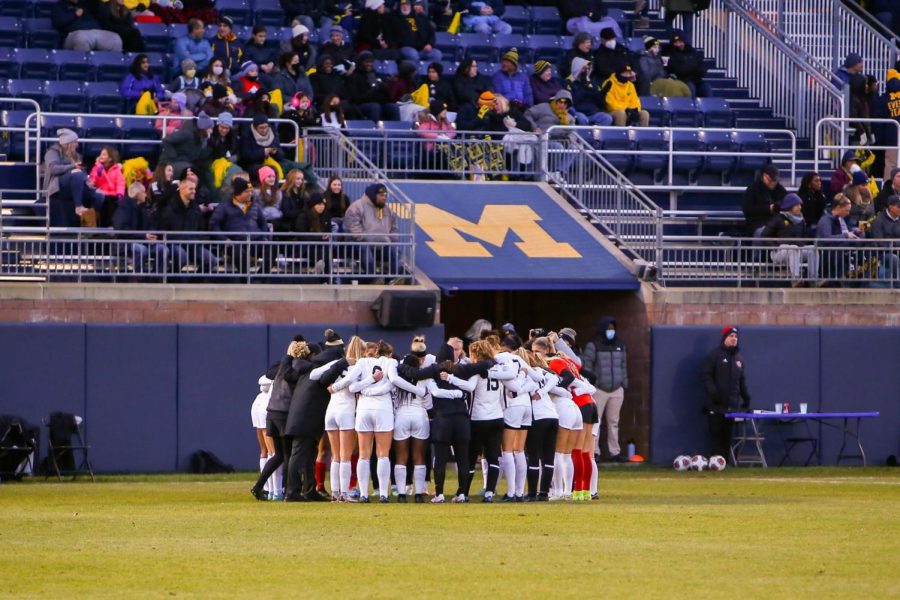 Through 22 games this season, the Demon Deacons scored 43 goals, the most goals a Wake Forest team has scored since 2011 (52).

The Demon Deacons sailed past Harvard to reach the second round of the NCAA Tournament, and entered the game against No. 2 seed Michigan on Nov. 19 with high hopes and aspirations to make it far in the tournament, but the day ended in heartbreak.

Wake Forest looked like a true threat to their opponents at the beginning of the game. Within the first five minutes, the Deacons had recorded five corners. Despite an abundance of early opportunities, the team couldn’t reach the back of the net.

The Wolverines got on the board early with a goal in the 15th minute. Wake Forest redshirt sophomore goalkeeper Katlyn Parks initially blocked a shot by a Michigan player, but the ball ricocheted off of a Wake Forest defender and into the net.

Redshirt senior Sofia Rossi almost scored the game-tying goal in the 36th minute, but her shot — one of two for her on the day — sailed just over the crossbar. The Deacons went to the locker rooms at halftime with a 5-3 shot advantage but a 1-0 deficit.

Early in the second half, sophomore Sophie Faircloth took a corner that threatened Michigan’s backline and goal. The Michigan keeper was however able to save the ball at the goal line, keeping the Demon Deacons from tying the game.

Redshirt senior Hulda Arnarsdottir came close to scoring in the 53rd minute, but her shot went wide of the post. Arnarsdottir also created a number of Wake Forest’s opportunities, as she totaled three shots, two of which were on goal.

The Deacons’ situation only worsened as the game continued. In the 66th minute, fans were on the edge of their seats when the Wolverines were allotted a penalty kick. Michigan’s Meredith Haakenson put the ball in the back of the net, weakening Wake Forest’s chances at a comeback.

In the 76th minute, it looked like Wake Forest might chip away at Michigan’s lead on a shot by senior Shayla Smart. After hitting the post, the ball bounced to Rossi, who shot the ball over the crossbar.

Despite the loss, Wake Forest had a great season. They finished with a 16-6-0 record (6-4-0 in the ACC) and reached the 16-win mark quicker than any previous Wake Forest team.

“Unfortunately, we gave up the early goal, which is a big setback in NCAA games,” Head Coach Tony da Luz said.

Da Luz continued: “The second half, we played well and created chances but it wasn’t our night. I feel terrible for the seniors because it was a really good performance and fantastic year.”

Wake Forest exited its 21st-overall NCAA Tournament appearance earlier than they hoped, but they set several records. It was a stellar season for the defense, who held their opponents to just 17 goals, a program record. The Deacons also set a record for most consecutive shutouts when they gave up no goals during the first eight games of the season.

“We held a high expectation throughout the year and now we have to build on it for next year,” da Luz said.

Smart was the leading scorer this year with 11 goals, and both Smart and freshman Nikayla Small earned all-ACC honors.