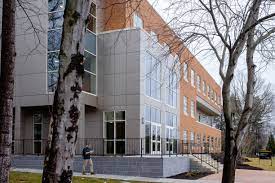 Wake Forest has signs in the Wellbeing Center stating that they have removed the scales and announced new policies regarding weight checks in the Student Health department. These measures were taken to avoid triggering those with eating disorders, disordered eating or individuals who could be vulnerable to them. Embodied Wake, an initiative led by The Eating Assessment and Treatment Team to promote Health at Every Size (HAES) says the removal of these scales is in the “best interest of the community.”

But Wake Forest is still not doing nearly enough.

Disordered eating goes beyond weight and scales. I acknowledge that the process of reforming the issue of disordered eating in college is hard to tackle, but this does not excuse Wake Forest from taking more action.

Additionally, the harmful aspects that Wake Forest has allowed to remain on our campus has caused their message to seem hypocritical.

On Oct. 21, I walked up to a vending machine within my residence hall to buy a soda that I had thought about all day. As I swiped my card and decided what soda I wanted, I saw a giant, unavoidable sticker staring at me, saying, “Calories Count, Check Then Choose.” I stood frozen, and my mind began racing as I over-analyzed the amount of calories and sugar in each option. Ultimately,  I canceled my purchase and walked back to my dorm empty-handed.

Placing stickers like this on a college campus is harmful because college students are especially vulnerable to eating disorders and disordered eating. External stressors, such as a more intense workload and new independence as well as social pressures from being around a new group of people, can cause students to fall into disordered eating for a need of control in these stressful situations.

Stickers on vending machines are not the only triggers to disordered eating on campus. The Health and Exercise (HES 100) course here at Wake Forest is a prime example. A course where students are asked to plan healthy meals, complete food diary assignments with calorie counts and calculate their basal metabolic rate is unacceptable. These class assignments should not be allowed because they are inaccurate and harmful. The recording of meals and calories that a student eats does not consider what is suitable for their body. More importantly, as a HES course, the department and professors should know how many inaccuracies are involved in counting calories and calculating your basal metabolic rate — which is almost impossible to do accurately without a lab test.

Although students are offered an alternate assignment instead of meal planning and counting calories, I do not think that this is enough. Even if someone has not previously struggled with eating issues, these assignments can still be triggering since they can easily implement a new focus on food that can turn negative. If someone has struggled with eating, I believe that most people would not ask for an alternate assignment because it would single them out and make them feel like they are inconveniencing their professor, even if that is not the case.

How can Wake Forest claim that they are doing what is in “the best interest of the community” when they allow messages that promote this behavior to spread across our campus? The number of people that struggle with an eating disorder in college is estimated to be between 10-20% of women, and 4-10% of men. Wake Forest believes that they have done enough for their students by removing scales and providing blind weight checks, but other harmful promoters of disordered eating will continue to be ignored.

I’ve eavesdropped on conversations where girls said they need to go on liquid diets to look better for Halloween and cut out entire food groups to maintain weight loss. Whenever so many people obviously engage in disordered eating habits and are especially vulnerable to them, why is it appropriate to allow courses and stickers that further reinforce these ideas?

Wake Forest needs to remove the meal planning and calorie counting assignments and replace them with assignments that focus on healthy habits such as intuitive eating and an emphasis on Health at Every Size (HAES) Removing the scales was a start, and Wake Forest will need to do much more soon to prevent their community from falling victim to eating disorders.