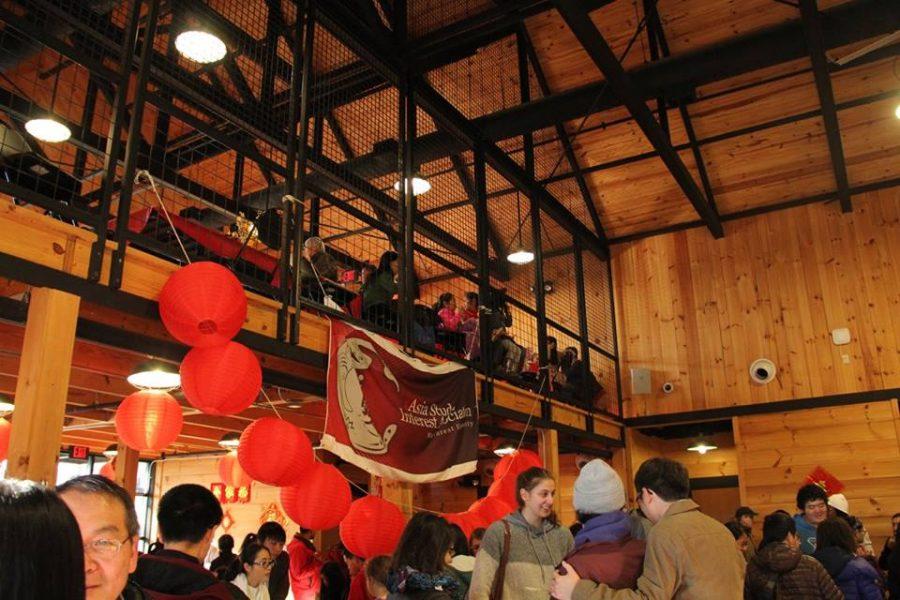 The Barn was transformed into a display of Asian culture, as various multicultural campus groups co-hosted a festival on Feb. 13 to celebrate the Chinese Lunar New Year.

The festival was organized by the Asian Student Interest Association (ASIA) with help from the Japanese Studies Club, Chinese Studies Club and East Asian languages and cultures department. It was open to the Wake Forest community, as well as the general public.

“We host the event to spread the joys of the holiday to people of all backgrounds in addition to giving the growing population of Wake Forest international students the opportunity to celebrate the traditional holiday in a foreign country,” said Diann Low, ASIA president.

This broad interest in the New Year festivities was evident from the large attendance, as well as the diversity of the attendees. Junior Martin Seng, vice president of public relations for ASIA, estimated that the total attendance exceeded 400 people.

Festival attendees were treated to a buffet of authentic Asian cuisine, ranging from egg and corn fried rice to fresh banana donuts. Many of the dishes served were notable for what they symbolized.

Throughout the event, members of several different organizations entertained the attendees with a variety of traditional crafts and performances.

“I learned much more about Chinese culture and the New Year,” said freshman Ben Cobb.

The Wake Forest Taekwondo Club excited the crowd with a fast-paced routine that displayed the skills of its members as they broke several boards — some of which flew into the audience.

ASIA organized the Chinese New Year Festival, which involved months of preparation because of its cultural significance in Asian countries.

“[The Lunar New Year] is often celebrated more heavily than the Gregorian New Year because of its symbolism of rebirth, cleansing, abundance and fortune,” Low said. “In many ways, this holiday is held at the same level of importance [in Asian cultures] as Christmas is in the United States.”

All events were organized to expose the Wake Forest and Winston-Salem communities to traditions that are truly treasured by many students.

“It gives the community an opportunity to connect with Wake students and foster that connection,” Seng said.

Seng also said that opening an event like this to the public is important, because it is easy for students to forget that Wake Forest is part of the larger Winston-Salem community.

Many credited the large turnout at the event to ASIA’s dedication to promoting diversity through events such as the New Year Festival.

Founded by Wake Forest students in 1995, ASIA seeks to increase student understanding of Asian cultures through campus events, and accomplishes this through the work of its approximate 50 members.

“I am so proud of this event,” Seng said. “This is a festival for celebration and you can feel that happiness in the Barn.”