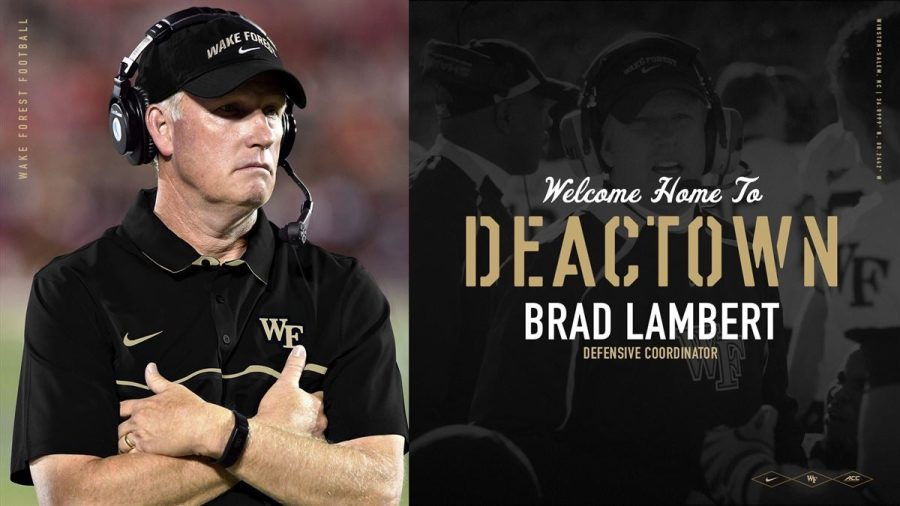 Brad Lambert is returning to Winston-Salem to run the Demon Deacon defense.

Following a 19-day search after Wake Forest’s Defensive Coordinator Lyle Hemphill’s departure to Duke, Wake Forest has finally found their answer for who will lead the defense in the future — Brad Lambert.

Prior to joining the Demon Deacons’ staff, Lambert spent the 2021 season as the defensive coordinator for Purdue. In his lone season with the Boilermakers, Lambert — and his defense — led the team to its first nine-win season since 2003, tying its second-highest win total in program history. In addition, under Lambert, defensive end George Karlaftis earned All-American honors.

“Brad Lambert is an extremely accomplished coach and has a long track record of helping young men achieve great success on and off the field throughout his career,” Clawson said. “With his experience as a head coach and leading some of the top defensive units in the country, he will come to Winston-Salem and make an immediate impact on our program.”

With Lambert at the helm, the Purdue defense allowed only 22.4 points per game, good for 34th in the nation. The Boilermakers also ranked 24th in first down defense, 23rd in red zone defense and 33rd in passing yards allowed.

For comparison, this past season, Wake Forest ranked 88th in points-per-game allowed, 126th in first down defense, 49th in red zone defense and 49th in passing yards allowed.

“[Lambert’s] background at Wake Forest will help him hit the ground running as he builds great relationships with our players and gets on the recruiting trail,” Clawson said.

Lambert, for his part, is excited about his new role.

“Wake Forest is a special place and I am fired up to return to Winston-Salem and build off the sustained success Coach Clawson, his staff and the student-athletes have achieved,” Lambert said following the announcement of his hire. “I want to thank our players at Purdue for all their hard work and dedication over the past year and Coach Jeff Brohm for giving our family a chance to join the Boilermaker community. I look forward to getting to know our players and hitting the ground running this spring.”

With Wake Forest’s defensive coordinator situation now settled for the future, the team can focus on transforming the defense into one as strong as Lambert’s at Purdue. With this development, the Demon Deacons will be in a good position to repeat their success from this past year and improve in years to come.