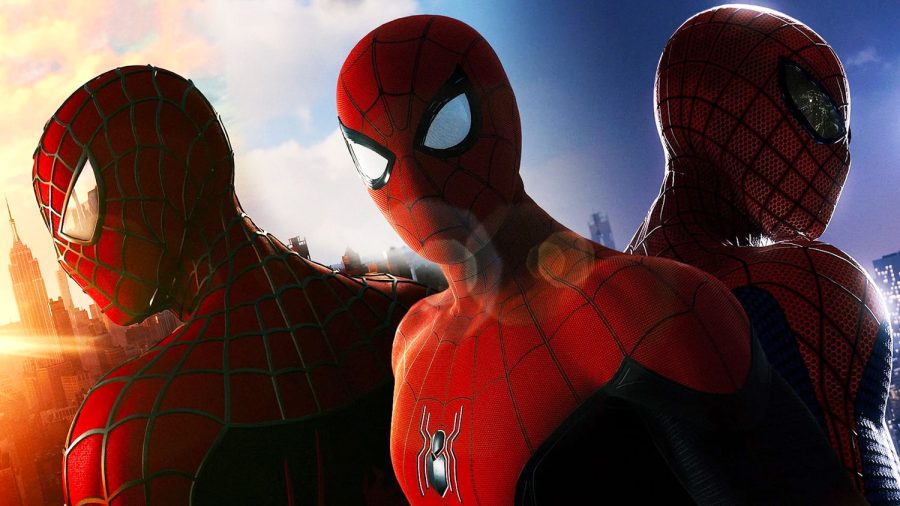 From his first comic book appearance in 1962, Spider-Man has been a household name. Recently, fans around the world have been talking incessantly about the most recent addition to the film saga: “Spider-Man: No Way Home”.

Released in the United States on Dec 17, 2021, “No Way Home” has grossed more than $1.37 billion worldwide. With a budget of $200 million, this film was an absolute hit in theaters — and for good reason.

The film explored the concept of a multiverse within the Marvel Cinematic Universe, and in doing so brought back previous Spider-Man actors Tobey Maguire and Andrew Garfield. Along with the excitement of seeing Tom Holland play Peter Parker, fans also got to feel the nostalgia from seeing their old favorite portrayals back on screen again.

The juxtaposition of the three actors has had people wondering: which Spider-Man actor does it the best?

Garfield’s “Spider-Man” was the first-ever superhero-type movie I ever watched as a kid, so I am quite partial to him as Parker. Putting any bias aside, all of the actors bring a unique set of attributes to the character.

Parker is a character known for his quirks. A quick-witted and geeky persona is essential to the character, and all three actors portray these elements of Peter’s personality in their own way. The dialogue between the three actors in “No Way Home” was humorous and often cleverly coded with references to Maguire’s and Garfield’s films.

Maguire has always done well at portraying Parker’s awkwardness, and he played quite a sensitive version of Spider-Man in his films. However, in “No Way Home”, he shows a different kind of maturity as a mentor for Holland’s Peter Parker.

The actor that really went through some growth in this film was Garfield — and no, I am not just saying that because he is my favorite. In his films, Garfield primarily played off of the witty side of his spider counterpart. He was portrayed to be the “cooler” version of Parker, and this was a point of contention throughout his time as the character. Many fans questioned if Garfield was too abrasive or not quite nerdy enough to fully give the character justice.

In “No Way Home”, we finally get to see Garfield’s Parker as a more humanistic character — I mean seriously, if you shed no tears during his scene saving MJ, are you even human? His portrayal feels much more sensitive and vulnerable than it did before.

Several fans will argue that Holland combines the acting styles of Maguire and Garfield perfectly in his portrayal of the hero. Throughout “No Way Home”, fans get to see Holland in extremely intense and upsetting situations, and he never shies away from putting his character’s emotions at the forefront of his scenes.

This attribute of Holland’s Parker makes him similar to Maguire in that he shows more of the humanity in the character. However, he still is able to demonstrate the more lighthearted and intelligent side of the character rather beautifully. It could be argued that, since Holland has played a much younger version of Spider-Man than his predecessors, it is almost natural to show the more vulnerable side of Parker. After all, at the beginning of his films, he was written as being only 15 years old.

However you choose to view it, all three actors brought out a wide range of emotions within audiences across the world last December. With over a billion dollars in revenue, as well as the honorable “certified fresh” on rotten tomatoes, “No Way Home” was an absolute success. Fans from every corner of the map look forward to seeing what is in store next for our web-slinging hero. For now, let’s just hope that the new Doctor Strange movie will be able to live up to the increasing hype surrounding the multiverse.