A24 fails to bring anything meaningful to Shakespeare's "Macbeth" 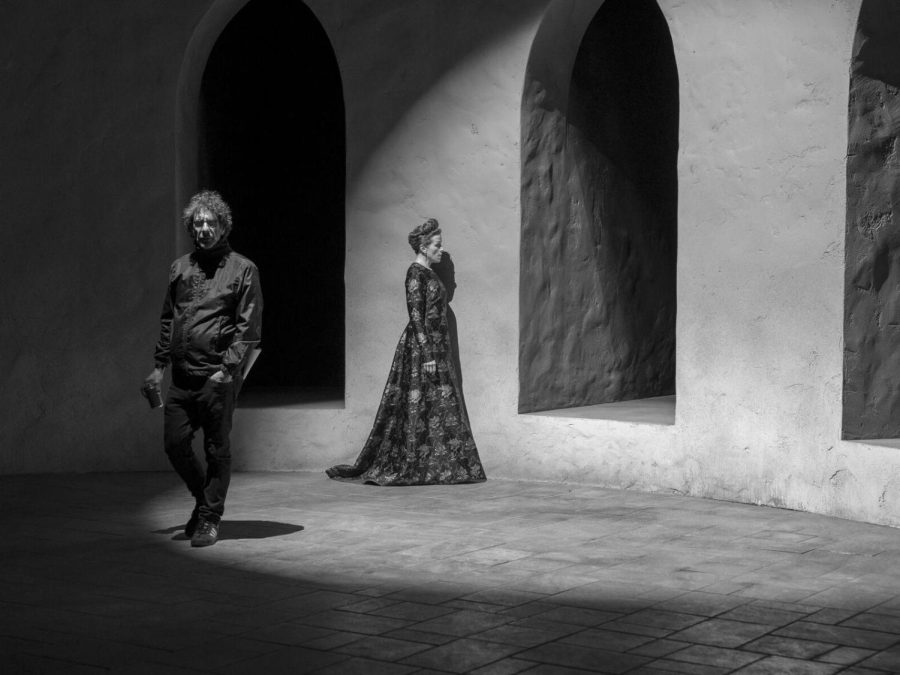 Courtesy of the Daily Journal

Adam Coil writes that A24's "The Tragedy of Macbeth" was underwhelming.

A24 took a step back this past year with its latest release, “The Tragedy of Macbeth”. A24, which has been a shining light in the film industry for its ability to produce movies that are off of the beaten path and progressive, opted for the easy route and made an uninspired version of an already celebrated play.

The film is directed by Joel Coen, who is known for his films such as “No Country for Old Men”, “O Brother, Where Art Thou?” and “Fargo”. Starring Denzel Washington and Frances McDormand, the stage was set for a spectacular viewing experience. How can it go wrong? Well, it can’t, really, and that’s exactly where my criticism lies.

Before I start critiquing, though, I would like to highlight all of the things that I loved about this movie. One thing about Coen’s adaptation that is impossible to deny is the overwhelming success of its visual design. Coen builds a hyper-dramatic, intense world that compliments the jarring psychological states of King and Lady Macbeth. The harsh, black-and-white lighting works well with the brutalist architecture that dominates its set design, especially when the main characters are in castles. Long shadows and concealed faces are prevalent throughout and contribute to growing tension and uneasiness.

Another highlight of the film was Frances McDormand’s performance as Lady Macbeth. Lady Macbeth — for me, at least — has always been the most fascinating aspect of “Macbeth”. McDormand truly brings this infamous schemer and manipulator to life. Her guilt causes her to experience a palpable, psychological decay. It is all the more impressive when one considers the fact that she is significantly older than the woman that Shakespeare envisioned when he originally wrote the play.

Finally, the depiction of the three witches eerily enhanced the film and put me on the edge of my seat from the opening shot. I thought it was also a nice touch that the witches often take the form of ravens throughout the film.

So, yes, the movie did look great, and I don’t think that any major mistakes were necessarily made, but I still cannot consider it a success.

When I left the theater, I was simply disappointed. I felt — and I still feel — as if I didn’t get anything out of the experience. Most of the time, when I watch an adaptation of something that I have already read, I can come away from the experience with a new insight into the story or at least get to know how someone else saw the story differently from me.

It’s no secret that adaptations are dubious territory — look at “Percy Jackson: Sea of Monsters” — but there remain some truly outstanding adaptations out there. The best adaptations toe that line between remaining true to the author’s original vision and giving the audience something to digest and turn over in their minds. I think this is one reason why “The Perks of Being a Wallflower” is both a fantastic movie and book because Stephen Chbosky was able to direct the movie adaptation of his own novel. He was able to show viewers everything that he wasn’t able to detail in the book, but that was because he also knew exactly what the book was trying to say and how to say it.

“The Tragedy of Macbeth” symbolizes a trend in cinema that has been taking place for some time now which is that most mainstream movies are not that original. Book adaptations, needless sequels, war movies and superhero movies dominate the box office, leaving little room for small, independent and unique filmmakers to have their stories shown. This is one of the main reasons why I’ve loved the A24 films of the past — they were able to bring untold stories to the forefront of the conversation. Movies like “Moonlight”, “The Lobster” and “It Comes at Night” are all groundbreaking — or at least rare — in their own ways, and they got people talking. There is not much to say about “The Tragedy of Macbeth”, aside from the fact that it looks amazing and tells Shakespeare’s story accurately. It’s especially disappointing when I think about A24’s take on “Sir Gawain and The Green Knight”, which was refreshing and captivating.

“The Tragedy of Macbeth” begs the question, “for what purpose do we watch movies?” Should movies inspire us and make us look at the world in a new light, or should they be an outlet through which we can turn off our brains for an hour or so? When we’re driving home from the theater, do we want to be turning over a question in our minds, or do we want to simply smile because the good guy defeated the bad guy again?

Of course, I think there should always be room for both, but the movie industry is an industry, and one of the two options makes more money than the other.