Hayao Miyazaki produces stunning films that are pleasing for all audiences 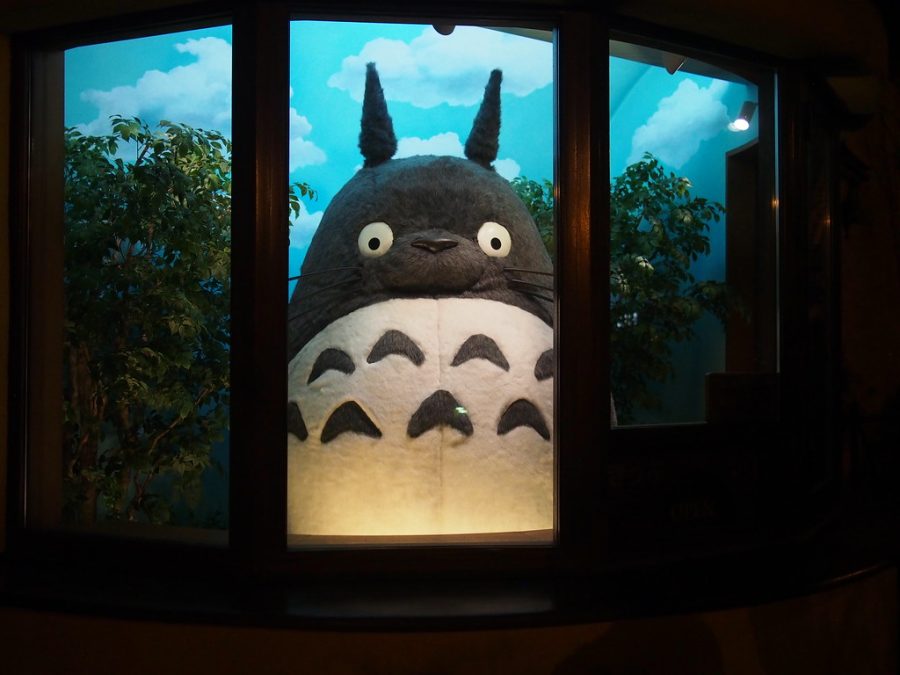 When you browse various streaming services in the hunt for your next viewing experience, what do you seek? Comfort? Laughter? Escape? Maybe even a thrill? If this is true for you, look no further than Hayao Miyazaki, a masterful Japanese filmmaker. Miyazaki has established himself as one of the finest directors of his generation. Studio Ghibli, the animation film company behind Miyazaki’s films, has crafted stunning animation that not only pleases the eyes and ears but also the soul.

At the heart of every Miyazaki film is an emphasis on the power of imagination. In several movies, such as “My Neighbor Totoro”, “Spirited Away” and “Ponyo”, the main character is a child. By avoiding the advanced and complex inner workings of adulthood, Miyazaki is able to explore the value of children’s love for one another and their naive exploration of the world around them.

In “My Neighbor Totoro”, two young sisters, Mei and Satsuki, seek out adventure in the wilderness around their new home. The sisters come in contact with kind spirits in both their home and the forest surrounding it. At first, their father is wary of the sister’s claim that she has seen a giant forest spirit named Totoro, but because he supports their imagination, he encourages them to share their adventures with him. By focusing on children and the power of imagination and wonder, Miyazaki is able to create worlds in which adults and children alike can find an escape.

A major reason why older people watch movies for younger demographics is that they seek to travel back to a simpler time. Innocence and youth go hand-in-hand in each Miyazaki film, making for a highly engaging — and sometimes even nostalgic — viewing experience. In an age of anxiety, it is no wonder that many viewers tend to gravitate towards films that do not pose real conflicts or threats. Miyazaki films typically contain a benign plot that comforts in a quietly blissful way.

Hayao Miyazaki follows in a long line of Japanese filmmakers who have been influenced by a deep cultural love and respect for nature. He views nature — specifically forests — as awe-inspiring and enchanting.

Miyazaki displays this viewpoint in several of his films. In “Ponyo”, the ocean is filled with sweet and loving creatures; in “Spirited Away”, river spirits are worshipped; in “My Neighbor Totoro”, forest spirits are essential in helping trees grow. The depiction of nature in Miyazaki films also contributes to the comforting nature of each movie. For many — like myself — being in nature is soothing and replenishing. When it is not possible to be in a forest or physically near a body of water, Miyazaki’s films provide a beautiful, virtual immersion in nature through meticulously detailed and colorful animation.

Miyazaki’s anime represents the pinnacle of the art form. His palette is colorful, soft and playful, yet highly detailed. This graphic style creates a view of nature that is aesthetically pleasing and cinematically sophisticated. The overall effect is like a very intense, colorful dream filled with images that can be either light-hearted or haunting but always memorable.

For those who have never seen a Miyazaki film, I would recommend “Spirited Away” as a great starting point. It’s not his first film, but it captures the elements that make his work so compelling and much better than any other.