The class of early enrollees is headlined by DL Eli Hall, a four-star recruit per 24/7 Sports 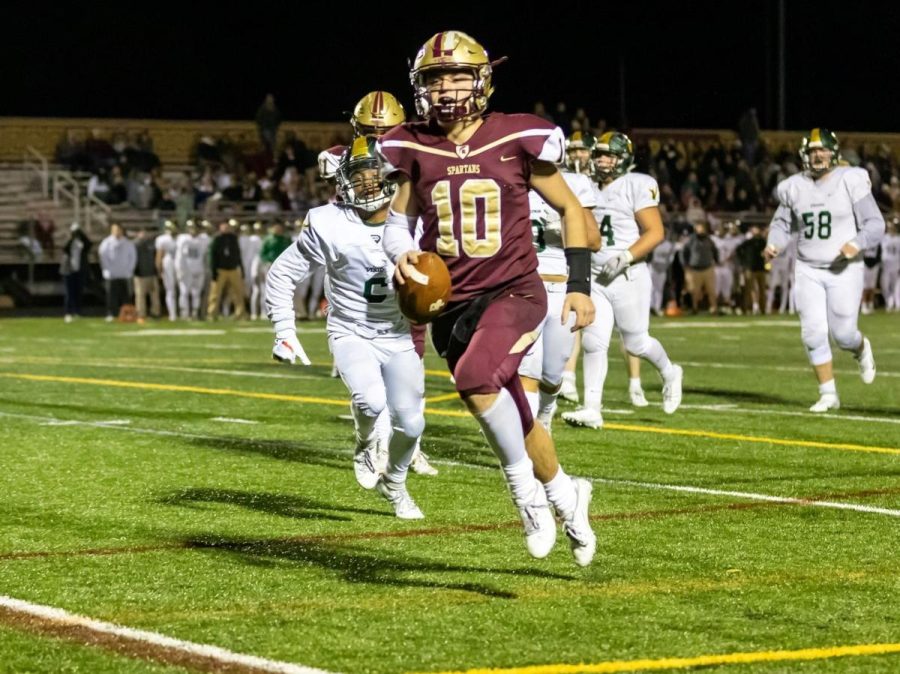 Courtesy of the Loudon Times-Mirror

In Wake Forest’s newest football class, five recruits have decided to join the team a semester early in order to compete in spring practices. The Old Gold & Black will continue to report on their progress throughout the spring and their eventual careers at Wake Forest, but for now, here are a few introductions.

Hailing from Broad Run High School in Ashburn, Virginia, Griffis is a promising dual-threat quarterback. Named 2021 Season MVP by BURG Sports Network in Virginia, he led the Broad Run Spartans to the Class 4 State Championship Game, in which he rushed for a touchdown and threw for two more despite a team loss. This season, Griffis boasted a 71% completion percentage and 3,053 passing yards.

At Crest High School in Shelby, North Carolina, Eli Hall competed in both basketball and football. On the gridiron, Hall posted an impressive defensive performance, with 32 total tackles (24 solo), 21 hurries and five tackles per game, all high above the national average. Crest High School’s most recent game was a loss in a neutral playoff match. Hall, a four-star, could be a plug-and-play piece in a reestablishing Demon Deacon defense that has struggled at times over the past few years.

In the Queen City, OL Jalen Swindell has led Chambers High School to a phenomenal 51-6 record in his four years, according to GoDeacs.com. By MaxPreps calculation, he is ranked No. 1 in his position in North Carolina. Chambers High School fell in its latest game in a neutral playoff.

Rounding out Wake Forest’s early enrollees is Clifton, Virginia’s own Kobie Turner. In his football career, Turner has played several positions. On three carries in 2017, Turner averaged 21 yards, eclipsing the national high school average. Following his high school career, he played for the University of Richmond, where he earned Second Team All-American honors. In his college career, he has registered 35 tackles for loss and 15 sacks on the defensive side of the ball. Following his time with the Spiders, Turner will look to provide much-needed depth to an offensive line that could lose several key pieces to the NFL.