After trailing by seven points, the Demon Deacons went on a crucial 13-0 run to victory 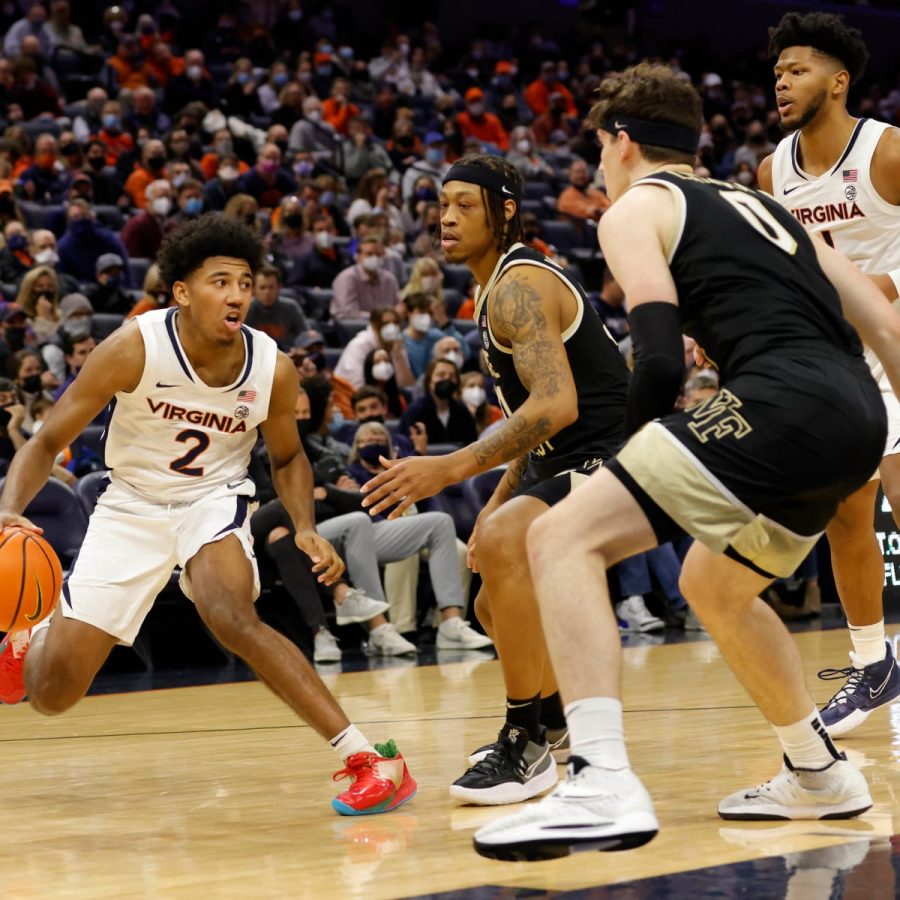 The Demon Deacons trailed 47-40 with just over 10 minutes remaining in the contest before embarking on a crucial 13-0 run that gave them a lead they would never relinquish.

“This has to be the grittiest, grimiest, toughest win that we’ve had in my tenure,” Wake Forest Head Coach Steve Forbes said. “It was a back and forth, physical game and our guys handled that very well.”

That 13-0 run featured three-pointers from senior guard Daivien Williamson, senior forward Isaiah Mucius, and two tough layups from senior guard Alondes Williams. To cap off the run, Williams fired a pass to a cutting Jake LaRavia who threw down an emphatic slam to give Wake Forest a six-point lead. The lead then dwindled to four over the next few minutes.

“Hats off to Wake Forest for making plays down the stretch,” said Virginia Head Coach Tony Bennett after the game.

With under two minutes remaining, Wake Forest needed a bucket to create some breathing room. As the shot clock winded down on the possession, the ball found Mucius in the corner. Mucius drove to his spot at the elbow, elevated and hit a tough turnaround jumper, which put the Deacons up 59-53.

Williams and Mucius each made two free throws in the final minute to seal the deal.

After a difficult first half of the game, Williams turned on the jets down the stretch to help lead his team to a win. At halftime, Williams had only scored two points and had turned the ball over three times. The second half was a different story. Williams scored 14 points, along with six rebounds and four assists after the break. Four of those rebounds came on the offensive glass. Williams has struggled with turnovers for the last couple of games, recording eight in Saturday’s contest after giving seven away against Duke.

Wake Forest put together a very strong defensive performance in the game, holding Virginia to a 36.2 shooting percentage. Twice in the game, the Cavaliers suffered scoring droughts of over 5 minutes in length.

Bennett’s Virginia squad is notorious for their slow pace of play, which allows them to win games even though they only average 62.7 points per game, which is 332nd in the NCAA. Wake Forest was able to hold them below that number.

“We played really good defense for the entire game,” Forbes said. “We held them to 36 percent on their home court. I’m really proud of my team.”

“I thought we left a lot of baskets out there,” Bennett said.

Although their offense is not very proficient, Virginia’s defense is — and was still — very strong. They allow an average of just 58.4 points per game, which is good for the 10th best scoring defense in the nation.

It was ugly for the Demon Deacons at times, but they were able to break down the Virginia defense when it mattered most. Wake Forest won the rebounding battle 35-31 in the game.

Virginia had won nine straight meetings against the Demon Deacons, who had not won in John Paul Jones Arena since 2009.

After losing close games on the road to Miami and Louisville to start ACC play, this was a key win for a Demon Deacons team that currently has an NCAA Tournament-caliber resume. Any ACC road win is a big boost.

Following another road matchup against a struggling Georgia Tech squad, on Wednesday, Jan. 19, Wake Forest will host a talented North Carolina squad on Jan. 22 at the Joel Coliseum.