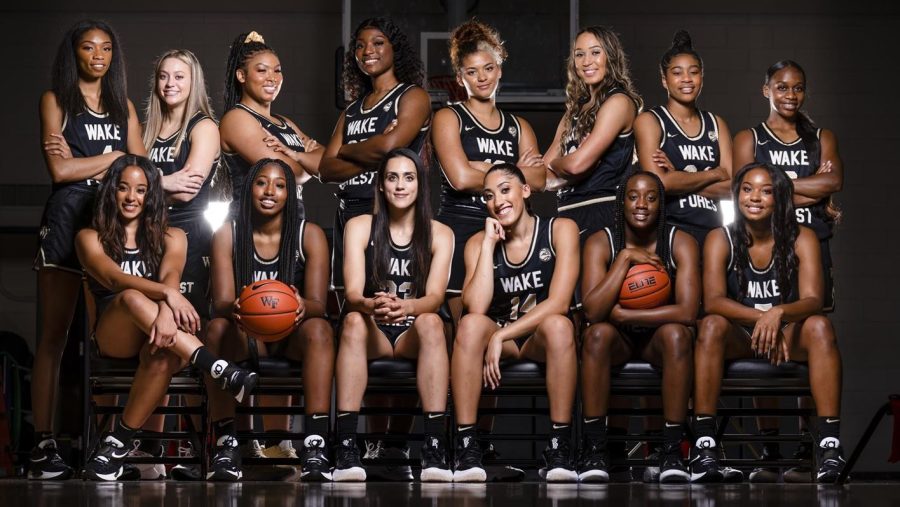 The Wake Forest women's basketball team needs a few wins to be back in the NCAA Tournament conversation.

This past week, Wake Forest women’s basketball followed up their loss to Florida State by losing twice. On Jan. 13, the Demon Deacons fell 64-74 at home against No. 20 Notre Dame, and then lost 57-65 to Pittsburgh.

The two dropped games extend Wake Forest’s losing streak to three and move Wake Forest completely out of ESPN’s Bracketology, which includes the first eight teams not included in the bracket.

In their effort against the Irish, the Demon Deacons were once again buoyed by sophomore superstar guard Jewel Spear, who led the team in scoring with 17 points, including five three-pointers. In addition, Spear crossed over the 600-point barrier, a feat completed just 42 games into her young career.

In their second game of the week, the Deacons traveled to Pittsburgh, where they fell in a close match against the Panthers. Spear had a career night again for Wake Forest, earning her second-career double-double with 20 points and 10 rebounds.

Spear’s efforts on the boards were a microcosm of Wake Forest’s rebounding performance in the game. Their 48 rebounds were a conference-high for any game this season.

Junior forward Olivia Summiel also made history against Notre Dame, recording her first career double-double. She led the team in rebounds for the sixth time this season with 11, while also adding 12 points to the statline.

In the first quarter, the Irish built a quick 20-12 lead with the help of graduate forward Maya Dodson, who recorded 22 points on the night. Notre Dame was also aided by better shooting from the field than Wake Forest. With the Irish shooting 50%, the Demon Deacons could only make 31% of their shots.

In the second quarter, Notre Dame was able to extend their lead to 47-32, with Wake Forest managing to only record 10 points. At halftime, junior guard Khia Harrison and Spear led the Demon Deacons with 5 points each, while 14 of Wake Forest’s 32 points came from the bench.

To begin the third quarter, Wake Forest mounted a small 5-0 run off of a made shot from Summiel and a three-pointer from Spear. Despite the hot start, Notre Dame won the quarter by nine points, extending their lead to 58-34.

In the final quarter, though, the Demon Deacons mounted a comeback, beginning with an 8-0 run. Midway through the quarter, Spear notched her fourth and fifth three-pointers to close in on the Irish. Despite a 17-8 run in the final four minutes of the game, the deficit was too large to manage, allowing Notre Dame to leave Winston-Salem with a 10-point victory.

Wake Forest Head Coach Jen Hoover expressed after the game that there was much to learn from the loss.

“We need to be better in the details from the start of the game,” Hoover said. “Notre Dame played really well from the start and jumped out to the early lead. I am proud of the fight we showed at the end of the game and the way we battled in the fourth quarter. We will learn from this one and be better for it the rest of the season.”

In the first quarter against Pittsburgh, the Demon Deacons hung close with the Panthers. With 6:13 left in the quarter, a three-pointer from Spear gave Wake Forest their first lead of the game. With Pittsburgh trying to pull away with less than two minutes left in the quarter, a three-pointer from freshman guard Elise Williams pulled the Demon Deacons within two. Despite their efforts, the Panthers were able to escape the quarter with a six-point lead.

Both teams struggled from the field in the second quarter. Wake Forest went 3-13 (23%), while the Panthers hit four of their 18 shots (22%). Following a Pittsburgh score to begin the quarter, the Demon Deacons went on a 6-1 run that brought them within three points of the lead. From that point on, though, the Panthers responded with a 10-3 run of their own to end the half with a 29-21 lead.

Wake Forest came out of the half hot, beginning the quarter on an 8-0 run to even the game. Junior guard Niyah Becker contributed four points during that stretch. In response, the Panthers reclaimed the lead with a six-point scoring streak of their own. After a bucket from Williams to end the streak, the Panthers came right back at Wake Forest with another 8-0 run, allowing them to enter the final quarter with a 42-36 lead.

Wake Forest would not go away just yet, beginning the final quarter with four-straight points to close the Pittsburgh lead to two. From there, the Panthers ended the game on a demoralizing 8-0 run to finish off the Demon Deacons hopes of a win.

“This is a tough one, but as I have said before it is never easy to win on the road in this league,” Hoover said after the game. “I thought we played well in stretches but we need to carry that consistently throughout the entire game. We will get back to work this week before we look to bounce back in front of our fans Thursday.”

The two losses on the week move Wake Forest to 12-6 on the season, but just 2-5 in conference play, which is good for 10th in the ACC. They will look to end their three-game losing skid at home in the Joel Coliseum against Clemson on Thursday.